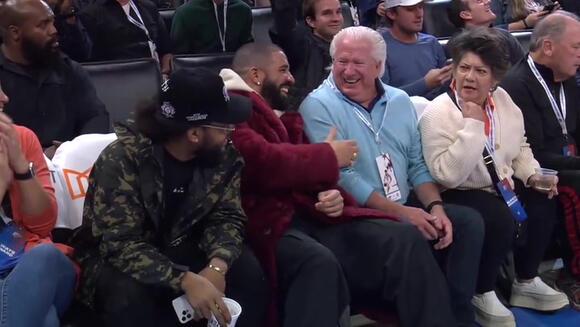 Drake met an older couple at an NBA game who didn’t recognise him - and he soon crowned them his “new parents”.

The rapper - who was sitting courtside at the Oklahoma City (OKC) Thunder and Houston Rockets game with a friend - happened to be sitting next to an older couple who didn’t realise that he was a world-known musical artist.

As cameras started to show the “Certified Lover Boy,” the older gentleman appeared to ask if he was a notable person.

Drake was evidently entertained with the exchange and started to laugh as he called for the camera to focus on his new pal.

Rumble, OKC’S mascot, also got in on the moment. 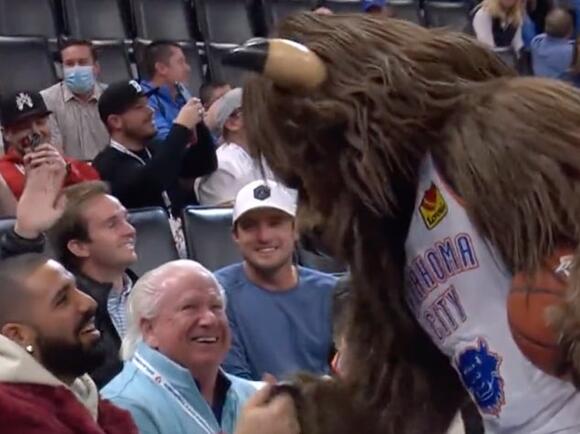 After the priceless interaction, the rapper took to his Instagram Story to post a picture with the couple with the caption: “My new parents.”

Once people on Twitter saw the video circulate, they joked about the couple not realising his stardom while questioning Drake’s decision to be in Oklahoma City.

“LOVE this old couple who have ZERO clue who Drake is,” someone wrote.

“He could be anywhere in the world tonight and chose Oklahoma City,” another added.

According to TMZ, Drizzy was at the game to support Shai Gilgeous-Alexander of the OKC Thunder, who also happens to be from Toronto, Canada.

Gilgeous-Alexander scored 39 points in the 114-110 loss to the Houston Rockets.

I love it. People of different ages and colors getting along, enjoying each other's company. Thanks for proving the haters wrong. ( the media, etc.)

This is so sweet and shows that the majority of us really do like and enjoy each other and this is the media’s biggest nightmare. The media would have you believe differently. The majority of people get along and respect each other.

when I was younger I learned a lot from old people ,hell they were my best freinds and still are because I wanted to hear the road they traveled, no matter of their race,some good some bad stories,if you talk to them enough you will know their true feelings good and bad

Drake, Travis Scott and Nicki Minaj have all name-dropped San Antonio in their music. Who else?

New York, Chicago and Los Angeles have been at the front of mind of rappers throughout the genre’s existence. From Jay-Z’s “Empire State of Mind” to Kanye West’s “Homecoming,” you can bank on major U.S. cities getting name-dropped in at least few blockbuster albums each year.
SAN ANTONIO, TX・14 DAYS AGO