Ford Motor Company (NYSE: F) said that it sold more vehicles in the U.S. than any other automaker for the third month in a row in November, as it continued to reap the benefits of improved supplies of semiconductors and other key components.

Ford said it was "the only major U.S. automaker" to report a year-over-year sales increase in November, a phrase that was clearly aimed at old rival General Motors (NYSE: GM) while carefully excluding fast-growing Tesla .

What Ford said about its November U.S. sales 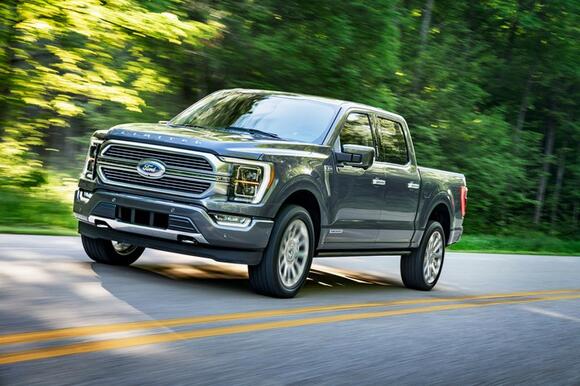 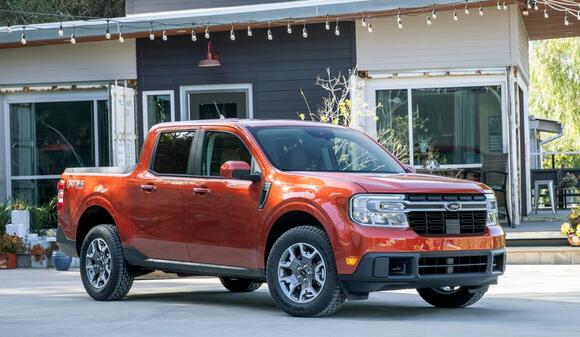 Sales numbers are still small as Ford ramps up production, but the little Maverick pickup is looking like another hit for the Blue Oval. Image source: Ford Motor Company.

What it means for Ford investors

First, while some other automakers, including Toyota (NYSE: TM) , continue to struggle with supplies of chips and other components, Ford's third strong month in a row suggests that the Blue Oval is through the worst of its own supply chain issues. That's clearly good news, at least in the short term: With relatively strong dealer inventories, Ford is well positioned to continue taking market share from rivals over the next few months.

Second, Ford's latest models are all looking like bona fide hits. As veteran auto investors know, automakers' profits (and generally, their stock prices) benefit when their latest products are in particularly high demand.

Taken together, Ford appears to be putting together a very nice fourth quarter.

Both EV stocks are up over the last year but have slipped in recent weeks along with the broader market.
ECONOMY・1 DAY AGO
The Motley Fool

These three EV stocks all show long-term promise, but which one looks best as a near-term investment?
ECONOMY・1 DAY AGO
The Motley Fool

This commercial electronic vehicle specialist is aiming to follow in Tesla's footsteps.
ECONOMY・1 DAY AGO
CarBuzz.com

The Ford F-Series needs no introduction. It's only been the best-selling vehicle in America for 40 years. On top of that, it's America's best-selling truck, a title it's held for 45 consecutive years. Today, Ford has announced the 4-millionth example, an F-150 Tremor, has just rolled off the assembly line in Dearborn, Michigan at the Dearborn Truck Plant. It'll soon be heading to its new owner in Texas, a state with one of the highest numbers of pickup trucks in the country (Wyoming remains No. 1).
DEARBORN, MI・6 HOURS AGO

While the Ford F-150 Lightning remains on track for a spring launch after entering its second phase of production with a big ramp-up planned for the coming years, those that reserved one of its main rivals – the Tesla Cybertruck – have faced quite a bit of uncertainty since that EV pickup was revealed way back in 2019. The Cybertruck was originally slated to launch by the end of 2021 but was later pushed to 2022, then late 2022, and earlier this month, Tesla mysteriously removed any mention of the Cybertruck’s potential launch date from its official site. Now, during last night’s Q4 earnings call with investors, CEO Elon Musk revealed that the automaker is “aiming” to begin Tesla Cybertruck production in 2023, according to Reuters.
CARS・11 HOURS AGO
WXYZ Detroit - 7 Action News

The Detroit automaker is looking for software, computer, mechanical and electrical engineers, as well as battery engineers, cyber security experts and others. The automaker plans to fill them during a hiring spree this year.
DETROIT, MI・1 DAY AGO
The Motley Fool

Just yesterday, the all-new 2023 Toyota Sequoia leaked out ahead of its reveal, giving us our very first look at the next-generation Ford Expedition rival. Now, the new Sequoia has been officially revealed, and we have all the details pertaining to this full-size SUV which, as expected, shares quite a lot in common with the recently unveiled 2022 Toyota Tundra, Lexus LX 600, and Toyota Land Cruiser.
CARS・1 DAY AGO

It's the Fed, but it's not just the Fed.
ECONOMY・2 DAYS AGO
Seekingalpha.com

The well publicized chip shortage has been a headwind across the auto sector for months; however, shortages appear to be cutting deeper, with Toyota (NYSE:TM) out today talking down production expectations, while Ford (NYSE:F) idles another plant as a result of the shortage. In 2019, Toyota produced 10.7m cars, as...
BUSINESS・9 DAYS AGO
Detroit News

Ford Motor Co.'s Flat Rock Assembly Plant is taking downtime this week due to supply-chain issues related to the global semiconductor shortage, the Dearborn automaker said Tuesday. The plant, which builds the Ford Mustang, is scheduled to resume production next week, according to a company spokesperson. The production cut is...
FLAT ROCK, MI・9 DAYS AGO
fordauthority.com

The Kia Telluride launched in 2019 for the 2020 model year, but the mid-size crossover quickly won over eager shoppers, to the point where buyers have been paying over MSRP for the Ford Explorer rival. Thus, it should come as no surprise that Ford Authority spies recently caught The Blue Oval benchmarking a Kia Telluride, which is sporting the automaker’s familiar yellow sticker.
CARS・3 DAYS AGO
Reuters

TOKYO (Reuters) - Japan’s Toyota Motor Co said on Friday its vehicle sales rose by 10.1% last year, making it the world’s biggest carmaker for a second straight year and putting it further ahead of its nearest rival, Germany’s Volkswagen AG. The carmaker said sales were 10.5...
ECONOMY・20 MINUTES AGO
WCJB

GAINESVILLE, Fla. (WCJB) - Used car prices in November have increased by nearly 30% in Florida, up by nearly 30% compared to the previous year, according to an iSeeCars report. The rise in used car prices also brings a shortage of inventory for many dealerships, including Tomlinson Motor Company. Buyer...
GAINESVILLE, FL・14 DAYS AGO
The Motley Fool

Residents of This City Will Get $500 Stimulus Checks

Talk about a financial lifeline.
ATLANTIC CITY, NJ・14 HOURS AGO
The Motley Fool

In this volatile market, finding solid businesses at a reasonable price is practically a luxury.
STOCKS・13 HOURS AGO
The Motley Fool

Stimulus Update: Not Sure Where You Stand? These Letters Will Tell You if You're Due More Stimulus Money

These letters from the IRS will help you file taxes and avoid processing delays.
INCOME TAX・15 HOURS AGO
The Motley Fool

Want a side order of revenue growth to go with that dividend? We have three stocks for you.
STOCKS・13 HOURS AGO