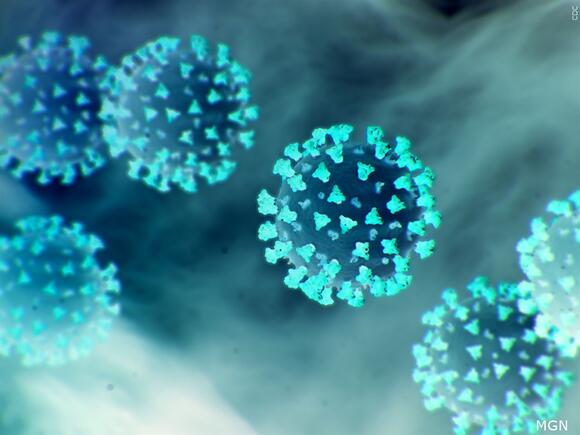 The omicron variant of the coronavirus has been found in a person in Minnesota who recently traveled to New York City last month.

The Centers for Disease Control and Prevention said in a statement that it is working with Minnesota and New York City health officials to investigate the case. The infected person developed mild symptoms on Nov. 22 and sought testing two days later, the CDC said in a statement. That person has since recovered.

The positive patient had traveled to New York City from Nov. 19-21 for the Anime NYC 2021 convention at the Javits Center.

The man who contracted the variant had been vaccinated, Minnesota health officials said in a news release.

Look for updates to this developing story.

overblown drama liberals and media love to create panic, its a mild symptom virus..get over it libtards

The Biden administration says it is sending the masks to increase access to high-quality masks as the omicron variant continues to spread. The post Free N95 masks arriving in grocery stores and pharmacies appeared first on ABC17NEWS.
COLUMBIA, MO・21 HOURS AGO
KMIZ ABC 17 News

QUESTION OF THE DAY: Should businesses be barred from requiring vaccinations?

Several Republican Missouri lawmakers have filed bills to ban vaccine mandates, including in the workplace. The post QUESTION OF THE DAY: Should businesses be barred from requiring vaccinations? appeared first on ABC17NEWS.
MISSOURI STATE・7 HOURS AGO
KMIZ ABC 17 News

Check back for updates related to the coronavirus pandemic in Missouri. The post MONDAY UPDATES: Hospitals urge Missourians to use emergency rooms for emergencies amid COVID-19 surge appeared first on ABC17NEWS.
MISSOURI STATE・1 DAY AGO
KMIZ ABC 17 News

COLUMBIA, Mo. (KMIZ) Health care leaders are asking Missourians to only use emergency departments when it is an emergency in the few weeks as emergency rooms are overcrowded at most hospitals. The Missouri Hospital Association and Missouri Department of Health and Senior Services encourage patients experiencing severe illness or a life-threatening condition to continue to The post Missouri warns against overusing emergency departments as locals say they are struggling to keep up appeared first on ABC17NEWS.
COLUMBIA, MO・1 DAY AGO
KMIZ ABC 17 News

The state now has a seven day positivity rate of 35.1% on Sunday. An additional 7,219 new COVID-19 cases were added bringing the total of confirmed cases since the start of the pandemic is now 1,024,477. There have also been 245,476 probable antigen test results being positive, with 736 added Sunday. One new death was The post SUNDAY UPDATES: Over 7,000 new COVID-19 cases added to the state’s dashboard appeared first on ABC17NEWS.
MISSOURI STATE・2 DAYS AGO
KMIZ ABC 17 News

The Missouri Chamber of Commerce and 250 Missouri businesses and employers sent an open letter to Gov. Mike Parson and the Missouri General Assembly asking for them to throw out legislation that prohibits employers from deciding for themselves whether or not to implement a vaccine requirement. The post Missouri businesses oppose bills prohibiting employer vaccine requirements appeared first on ABC17NEWS.
MISSOURI STATE・21 HOURS AGO
KMIZ ABC 17 News

According to Missouri's Department of Health and Senior Services, unvaccinated or partially unvaccinated people account for 88% of COVID-19 deaths in Missouri. Just 0.03% percent of people who are fully vaccinated have died from the virus in Missouri. The post Hospitals seeing worst cases of COVID-19 in unvaccinated as omicron surge presses on appeared first on ABC17NEWS.
COLUMBIA, MO・4 DAYS AGO
KMIZ ABC 17 News

THURSDAY UPDATES: Cole County reports third day in a row of over 300 new coronavirus cases due to backlog reporting

Check back for updates related to the coronavirus pandemic in Mid-Missouri. The post THURSDAY UPDATES: Cole County reports third day in a row of over 300 new coronavirus cases due to backlog reporting appeared first on ABC17NEWS.
COLE COUNTY, MO・5 DAYS AGO
KMIZ ABC 17 News

QUESTION OF THE DAY: Should the definition of fully vaccinated be changed?

MU Health Care announced Thursday, it will require a booster shot as part of its COVID-19 vaccination rules for staff. The post MU Health Care requiring COVID-19 booster for staff and students appeared first on ABC17NEWS.
COLUMBIA, MO・5 DAYS AGO