Shares of Chinese electric-vehicle (EV) maker Nio (NYSE: NIO) were trading lower on Thursday, on rising COVID-19 concerns a day after it announced its best monthly sales result to date.

As of 11 a.m. ET today, Nio's American depositary shares were down about 2.4% from Wednesday's closing price.

As is true elsewhere in the world, the emergence of the new omicron variant has rekindled concerns about potential business disruptions in China. Those concerns were hitting the EV segment on Thursday; Nio's was just one of many EV-related stocks trading lower in the session.

For the moment at least, the company is doing well. Nio said yesterday that it delivered 10,878 vehicles in November , its best monthly total to date and more than double its year-ago result. It was only the second time that its monthly delivery total had broken the important 10,000 mark, and it's a sign that Nio (at least for the moment) has its supply chain issues under control. 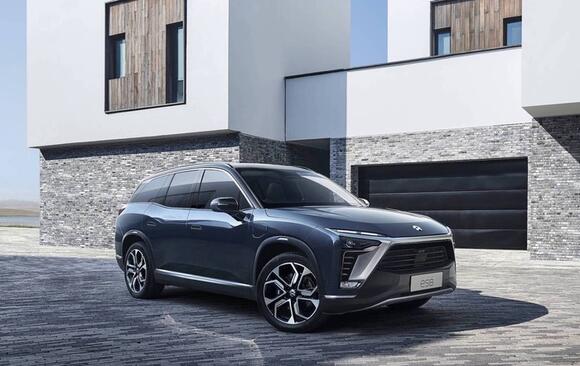 Should the automaker's investors be worried about omicron? Nio thinks not, or at least not yet. The company issued a statement on Wednesday reassuring fans and investors that its annual Nio Day is on track to happen on Dec. 18 as scheduled.

The company generally uses its annual Nio Day gatherings to showcase upcoming new products and technologies. Analysts expect this year's event to feature two upcoming new models, including an electric sedan that may be called the ET5. Both of the new models are believed to be on track to launch later in 2022.

Those models will follow the launch of the company's new flagship, the sleek ET7 sedan . Nio is expected to begin shipping the ET7 in early 2022.

10 stocks we like better than Nio Inc.
When our award-winning analyst team has a stock tip, it can pay to listen. After all, the newsletter they have run for over a decade, Motley Fool Stock Advisor , has tripled the market.*

They just revealed what they believe are the ten best stocks for investors to buy right now... and Nio Inc. wasn't one of them! That's right -- they think these 10 stocks are even better buys.

Worried about a Market Crash? Here Are 2 Stocks to Buy if One Happens

These two tech stocks trading at a discount are well-positioned to grow in the coming years.
STOCKS・19 HOURS AGO
The Motley Fool

SentinelOne's stock has started to fall and is approaching an attractive entry point.
STOCKS・19 HOURS AGO
The Motley Fool

Mr. Market is offering up these outstanding businesses at a discount.
STOCKS・18 HOURS AGO
The Motley Fool

This company's business is built to weather almost any storm.
STOCKS・19 HOURS AGO

Both these companies trade at reasonable valuations and have a long runway to grow.
COMPUTERS・21 HOURS AGO
The Motley Fool

Despite a long track record of sustained growth, this stock is down more than 60% from its highs.
STOCKS・20 HOURS AGO
The Motley Fool

A look at the investment case for the industrial giant in 2022.
STOCKS・19 HOURS AGO
The Motley Fool

There are always stocks to buy if you're ARK Invest's ace stock picker.
STOCKS・19 HOURS AGO

The e-commerce platform was on the receiving end of some negative commentary from Wall Street, but the news wasn't all bad.
STOCKS・14 HOURS AGO
The Motley Fool

The department store didn't have any news this week that would have led to such a notable price gain. But a peer did, and it carried over.
STOCKS・21 HOURS AGO
The Motley Fool

This $22.5 Million Legal Loss Could Be a Huge Problem for This Dividend Aristocrat

Industrial giant 3M just lost a big legal case, and it helps explain why investors are so downbeat on the shares.
ECONOMY・20 HOURS AGO
The Motley Fool

Even as it digests the TD Ameritrade acquisition, Charles Schwab is still putting up huge growth.
STOCKS・21 HOURS AGO
The Motley Fool

One of these biotech stocks could have more room to run than the other.
MEDICAL & BIOTECH・20 HOURS AGO
The Motley Fool

This Real Estate Stock Is Poised for Long-Term Growth

Could Crown Castle Be a Millionaire-Maker REIT?

Growing demand for wireless data is a major catalyst for the stock going forward.
REAL ESTATE・19 HOURS AGO
The Motley Fool

This Under-the-Radar SPAC Stock Is Quietly Crushing the Market. Is It a Buy in 2022?

While it has a large and growing opportunity, Ranpak Holdings does lack some key traits exhibited by other top stocks.
STOCKS・20 HOURS AGO
The Motley Fool

Why Lucid Stock Dropped 10% This Morning