Why Investors Need to Stay Far Away From Rivian (for Now)

One of the hottest companies in the investing universe right now is Rivian (NASDAQ: RIVN) . The electric vehicle start-up just went public at a market cap north of $100 billion, which is astounding considering the fact it has never generated any sales. With the rise of Tesla (NASDAQ: TSLA) , the market leader in electric vehicles , to a market cap north of $1 trillion recently, the excitement around this new industry has reached a fever pitch.

While Rivian's prospectus is exciting, and the company is going after a huge market opportunity, the price one must pay for all this potential is simply too much to ask. Here are a few reasons why investors need to stay far away from Rivian stock right now. 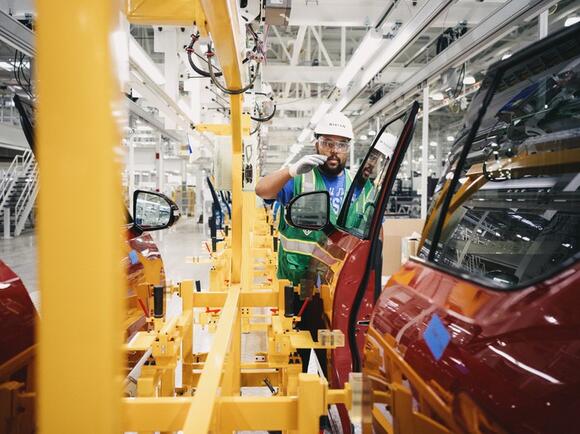 The company is pre-revenue

At a most basic level, Rivian is not a suitable company to invest in at a market cap of $106 billion because it has never generated any revenue, let alone profits or free cash flow. According to its S-1, which is the SEC filing companies are required to put out before going through an initial public offering (IPO), Rivian produced 12 vehicles in the third quarter, all of which were sold to employees.

By the end of 2021, it expects to produce 1,200 R1Ts (an electric truck), and by the end of 2023, it expects to produce 55,400 total vehicles, which would clear out its current backlog of orders. If Rivian sells these vehicles at an average price of $67,500, the standard cost on its website for the R1T right now, it will generate around $3.7 billion in revenue from now until the end of 2023. With $1.7 billion in negative free cash flow in the first six months of this year, this hypothetical $3.7 billion in revenue would not even come close to covering Rivian's current expense base (which will likely grow as it starts manufacturing at scale). It will likely take three to five years, if not longer, for Rivian to start generating positive free cash flow for shareholders.

Manufacturing cars is a tough business

Rivian's current installed base is for 65,000 R1Ts and 85,000 RCVs (its commercial van), giving it the capacity to generate 150,000 cars a year. Assuming a ballpark average selling price of $67,500 for all these vehicles, that would be over $10 billion in annual revenue for Rivian once it reaches scale. One might assume at this revenue and manufacturing level Rivian would be profitable. But that is misguided thinking.

If we look at Tesla, its closest competitor that is a pure-play electric vehicle manufacturer, it only got close to free cash flow breakeven in 2018 when it delivered 245,000 vehicles. Manufacturing cars is expensive, and investors in Rivian shouldn't expect profit margins to be very high, even once Rivian reaches any sort of maturity a decade from now. Rivian needs to start ramping up its vehicle deliveries, and fast, in order to get anywhere close to fulfilling a market cap of $106 billion.

Every automaker is all-in on electric

One reason Tesla was able to grow unabated for so long is that no other company was taking electric vehicles seriously. This is not the market environment we are currently in. The big car manufacturers along with Tesla and other pure-play electric vehicle start-ups are all investing tens of billions to compete over the next decade.

Don't forget about the company

Rivian's stock would likely be overvalued even if it got a 95% haircut, but the company can still go on your watch list if you are bullish on the electric vehicle industry . With $17 billion in cash on its balance sheet after the IPO, a 100,000 fleet order for electric delivery vans going to Amazon , and a sleek-looking truck, Rivian has a chance to grow quickly over the next five years. But paying for the stock at this valuation for the chance that happens when the company is pre-revenue is not a smart bet for investors to make.

You don't need a lot of money to seek fantastic returns with this trio of stocks.
STOCKS・8 HOURS AGO
The Motley Fool

These Berkshire Hathaway-backed winners could supercharge your portfolio.
STOCKS・7 HOURS AGO
The Motley Fool

Defensive investors might want to scoop up these dividend-paying pharma stocks soon.
STOCKS・8 HOURS AGO
The Motley Fool

Make it your goal to acquire high-quality dividend stocks that can grow over time; here are five great examples.
STOCKS・8 HOURS AGO
The Motley Fool

Shares of the Facebook parent company are getting beat up amid a market sell-off. This could be a buying opportunity.
STOCKS・1 DAY AGO

Can AMC Stock Bounce Back From its 74% Drop?

The leading multiplex operator is trading 31% lower in 2022, and down nearly 75% since peaking last June.
STOCKS・8 HOURS AGO
The Motley Fool

Why Tesla Stock Fell on Wednesday

Along with many other growth stocks, the electric car maker's shares have had a rough start to 2022.
STOCKS・6 HOURS AGO
The Motley Fool

Ford made a lot of money off of Rivian. But what if Ford decides to cash in those chips?
STOCKS・4 HOURS AGO
The Motley Fool

Here's why Ethereum has lost over 30% in two months.
STOCKS・10 HOURS AGO
The Motley Fool

Their performance in 2022 might be even better for them than 2021 was.
MARKETS・10 HOURS AGO
The Motley Fool

If You Invested $10,000 in Intuitive Surgical 5 Years Ago, This Is How Much You Would Have Today

It could be enough to cover the down payment on your dream beach house.
STOCKS・11 HOURS AGO
The Motley Fool

Forget Dogecoin and Buy These 2 REITs

These REITs are no joke.
STOCKS・10 HOURS AGO
The Motley Fool

3 Turnaround Stocks That Can Bounce Back Big Time in 2022

These beaten-down growth and value stocks have all the tools necessary to reverse course.
STOCKS・13 HOURS AGO
The Motley Fool

Here's Why Electronic Arts Stock May Have Limited Downside

Its portfolio of iconic game franchises keep fans coming back for more.
VIDEO GAMES・10 HOURS AGO
The Motley Fool

My Take: 2 Top Software Stocks to Buy on the Dip

These two software stocks provide solutions for the metaverse and more.
MARKETS・7 HOURS AGO
The Motley Fool

Big changes could be ahead.
REAL ESTATE・10 HOURS AGO
The Motley Fool

Here's why our roundtable participants like NRx Pharmaceuticals, FIGS, and OptimizeRx.
MARKETS・10 HOURS AGO