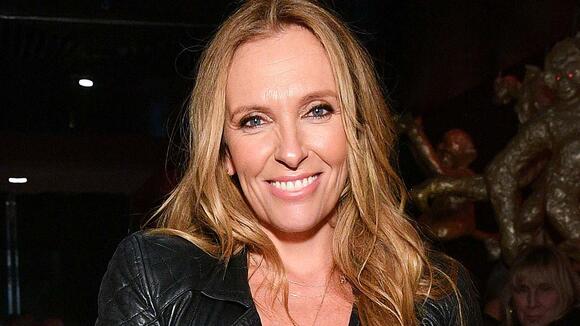 The Estate revolves around two sisters, Macey (Collette) and Savanna (Faris), who learn their wealthy but estranged Aunt Hilda is terminally ill. Seeing this as an opportunity to get her inheritance and rescue their dying café, the sisters plan to improve their bitter relationship and cater to Hilda’s needs. Arriving to Aunt Hilda’s extravagant estate, they find that they are not the only ones in the family with shifted morals. Their cousins Beatrice and Richard (Church) have come with the same plan to woo Hilda into giving them her estate. Soon, it becomes a battle within the eclectic family as to who can impress the matriarch the most and come out on top.

“Dean’s knack for farce is one of a kind,” said Goldberg. “We look forward to bringing this comedy to life and working with this extraordinary group of talent; Toni, Anna and Thomas couldn’t be more perfectly cast.”

White Lotus breakout Murray Bartlett has signed onto a new limited series. The Australian actor and SAG Awards nominee has joined the ensemble cast of Hulu’s Immigrant (a working title). Immigrant is billed as the true story of Somen ‘Steve’ Banerjee (played by Kumail Nanjiani), the Indian American entrepreneur who started the Chippendales nightclub chain. “The series will detail the insane, darkly comedic, crime-ridden story behind the unique male revue that became a cultural phenomenon.” Bartlett will play Banerjee’s business partner and nemesis Nick De Noia, “a charming, fast-talking New Yorker who’s certain he’s God’s gift to entertainment” and “the person responsible for transforming Chippendales from a seedy male strip joint in West L.A. to the global juggernaut it would one day become. Nick loves drinking, drugs, women, men — and most of all, showbiz.” The series from 20th Television is written by Robert Siegel and executive produced by Siegel, Nanjiani, Dylan Sellers, Jenni Konner, Ramin Bahrani, Emily V. Gordon and Rajiv Joseph, who will write on the series along with Mehar Sethi. Siegel and Konner serve as co-showrunners, and Bahrani will direct.
MOVIES・4 DAYS AGO
The Hollywood Reporter

Tim Allen is heading back to the North Pole. The comedian will star in and executive produce a limited series based on the Santa Clause films, reprising his role as Scott Calvin/Santa. The project from Disney Branded Television and 20th Television reunites Allen with Last Man Standing creator Jack Burditt and exec producer Kevin Hench. Production is scheduled to begin in March. The Santa Clause series will find Scott approaching his 65th birthday and realizing he can’t be Santa forever. He’s starting to lose a step in his Santa duties, and more importantly, he’s got a family who could benefit from a life...
TV & VIDEOS・3 DAYS AGO
The Hollywood Reporter

Alison Brie is set to star opposite John Cena in Freelance, an action-comedy directed by Taken helmer Pierre Morel. AGC Studios, run by Stuart Ford, is behind the project, which has Steve Richards of Endurance Media, Sentient’s Renee Tab and Christopher Tuffin producing. The script by Jacob Lentz centers on an ex-special forces operator who, desperate to escape his humdrum life, takes a job providing security for a journalist who is hoping to salvage her career by interviewing a dictator. Things go sideways when a military coup breaks out in the middle of the interview, and the mismatched duo, along with the...
MOVIES・3 DAYS AGO
HollywoodLife

Chris Pratt and Katherine Schwarzenegger are reportedly expecting their second child, making Jack a big brother once again!. Anna Faris was spotted at Starbucks with her son Jack, 9! The mother-son duo were seen in the rare photos on Friday, Jan. 7 as they exited a Los Angeles location for the popular coffee chain, presumably heading back to Anna’s car. The Scary Movie actress held onto a hot to-go beverage and take out bags as she passed her son a cold pink drink.
LOS ANGELES, CA・9 DAYS AGO

“The Rhythm, Pacing and Mood of the Film Should Mirror the Characters”: ‘THR Presents’ Q&A With ‘The Worst Person in the World’ Director Joachim Trier and Star Renate Reinsve

If the theme of co-writer/director Joachim Trier’s widely acclaimed The Worst Person in the World can be summed up in a sentence, it’s that growing up is hard to do. The movie’s central character, Julie (played by Renate Reinsve), discovers this through the course of a wild and unpredictable narrative. Structured by Trier and his regular co-writer Eskil Vogt as a story with 12 chapters, a prologue and an epilogue, Julie’s adventure in Oslo traces a young woman crossing the threshold of age 30 and searching for her sense of self and purpose in the world, not to mention with...
MOVIES・4 DAYS AGO
/Film

Movies Like Wedding Crashers That Comedy Fans Need To Watch

Based on the initial pitch and marketing campaign, "Wedding Crashers" looked like nothing more than a generic studio slapstick comedy about two hooligans that wreak havoc on a formal event. By no means did it look like it was "elevated" comedy fare, and at the time Owen Wilson and Vince Vaughn didn't have the same recognizable brand that they do now. However, "Wedding Crashers" proved to be a surprising smash hit that reenergized the enthusiasm for R-rated original comedies.
MOVIES・7 DAYS AGO
The Hollywood Reporter

King Richard, Reinaldo Marcus Green‘s film that recounts the origin story of tennis greats Venus Williams and Serena Williams under the oversight of their father, Richard Williams (Will Smith), has won the Los Angeles Press Club’s seventh annual Veritas Award for best film based on or inspired by real events and people, The Hollywood Reporter can exclusively report. The result was determined through a vote of the 1,000-member organization, which was presented with a ballot of 10 films. This year’s runner-up was Tick, Tick … Boom!, a film about the late playwright and composer Jonathan Larson. (Full disclosure: I serve on the...
LOS ANGELES, CA・3 DAYS AGO
Newsweek

Brazen' Cast: From Alyssa Milano to Sam Page, Meet The Stars of the Netflix Movie

"Brazen" is topping Netflix' charts across the globe, so here's a rundown of all the stars you'll see in the new thriller based on the novel "Brazen Virtue."
MOVIES・13 HOURS AGO

From ‘Spencer’ to ‘King Richard,’ Directors Dust Off the Past to Reveal Fresh Narratives

We live in a golden age of historical fiction, from Colson Whitehead’s “The Underground Railroad,” adapted for television by Barry Jenkins, to Mark Sullivan’s bestseller “Beneath a Scarlet Sky,” in development by Pascal Pictures, to Hilary Mantel’s novel “Wolf Hall,” adapted into a BAFTA-winning BBC limited series as well as a Broadway and West End hit. That trend embraces Hollywood biopics and fact-based movies, always Oscar favorites, as directors turn to the past to sift clues and comprehend the human condition. As we consider the director contenders, whether they’ve spun stories of individuals or events, they’re refracting the past to reveal...
MOVIES・2 DAYS AGO
Collider

Actor and activist Elliot Page has signed on as an executive producer for Nel Mio Nome (Into My Name), a transgender documentary from Italian director Nicolò Bassetti (Magnificent Fortunes), which will premiere at the 2022 Berlin International Film Festival next month. Bassetti’s documentary follows a group of four friends from different parts of Italy as they transition from a female to a male gender identity at different times in their lives. The director says the film is rooted in his experience with the gender transition of his own son Matteo. “What stands out to me about Nel Mio Nome is the way...
MOVIES・15 HOURS AGO

If Gen Z already has an answer to Richard Linklater and the Duplass brothers, it could very well be Cooper Raiff. While at L.A.’s Occidental College, Raiff tweeted at the elder Duplass, Jay, a link to a homespun movie he made with two college friends, writing, “I bet you won’t click on this link and then email me after.” Less than 24 hours later, he received an email. Using that movie as a creative jumping-off point, the 24-year-old Dallas native dropped out of school in his junior year to film Shithouse, a microbudget indie that Raiff wrote, directed, produced and starred in....
MOVIES・9 HOURS AGO
The Independent

Licorice Pizza is many things: a sun-soaked paean to 1970s LA; an earnest exploration of first love; a joyfully juvenile tribute to screwball cinema; a silly and voyeuristic behind-the-scenes slice of Tinseltown. But most of all, Paul Thomas Anderson’s latest film is a journey of the self, masquerading as a coming-of-age romance.We open upon a meet-cute of the most unlikely kind: she’s the photographer’s assistant at his high school’s picture day. Gary Valentine (Cooper Hoffman, son of the late great Phillip Seymour Hoffman) is a precocious 15-year-old former child actor in puppyish thrall to Alana Kane (Alana Haim, of the...
MOVIES・2 DAYS AGO
Us Weekly

A Match Made in Hollywood! Jason Bateman and Wife Amanda Anka’s Relationship Timeline

Friends to lovers! Jason Bateman and his wife, Amanda Anka, knew each other for a decade before they started dating — and they say their long friendship is one of the reasons their romance has lasted. “Our marriage has defied the odds and works really well,” the Arrested Development...
CELEBRITIES・3 DAYS AGO
GeekTyrant

Netflix has released a full trailer for the upcoming sci-fi comedy Bigbug, which comes from director Jean-Pierre Jeunet, the creator of films such as Amélie, Delicatessen, and City of Lost Children. For those of you familiar with Jaunet’s crazy and fun work, you know what to expect from this latest project of his, and this one looks vibrant, wacky, and wild.
TV & VIDEOS・4 DAYS AGO
arcamax.com

Megan, 35 - who has Noah, nine, Bodhi, seven, and Journey, five, with her ex-husband Brian Austin Green - loved the proposal and "thought it was beautiful and perfect". The insider told People: "She is excited to get married." The loved-up duo first started dating in May 2020 after meeting...
CELEBRITIES・4 DAYS AGO
The Hollywood Reporter

When Jennifer Holland wrapped filming on James Gunn‘s The Suicide Squad in early 2020, she put black ops member Emilia Harcourt behind her. “I didn’t think I was going to play that character again,” Holland tells The Hollywood Reporter. “I just thought I got to do this cool role in his huge movie and have fun with him for a couple of weeks.” So it was a bit surreal 11 months later when Holland found herself once again playing Harcourt, this time for a post-credits tag that would lead directly into Peacemaker, the new HBO Max show starring John Cena. That post-credits...
MOVIES・2 DAYS AGO
The Hollywood Reporter

[This story contains spoilers for HBO Max’s And Just Like That.] Sex and the City fans couldn’t help but wonder why Steve Brady doesn’t seem to be thriving in HBO Max’s sequel series. And Just Like That executive producers Julie Rottenberg and Elisa Zuritsky, who both wrote for SATC, spoke to Vanity Fair in a story published Thursday, during which they addressed recent criticism from outlets and social media users over the bumpy path for Steve (David Eigenberg) on the new show. And Just Like That viewers have been surprised that Miranda (Cynthia Nixon) has been hooking up with Che Diaz (Sara...
TV SERIES・3 DAYS AGO