Why You Should Buy This Undervalued Stock Before Everyone Else Does

Sprouts Farmers Market (NASDAQ: SFM) is a business that has largely been forgotten by investors. After falling steadily from its 2013 highs, the company really hit rock bottom around the first quarter of 2019. Plagued with rapidly increasing long-term debt, a minuscule cash balance, and stagnating cash flows, Sprouts finally decided it was time to make a change and bring in a new CEO.

Under this new management, Sprouts' operational performance is already showing improvement; however, the market continues to neglect it. Here's why this tiny grocer should be on all investors' radars. 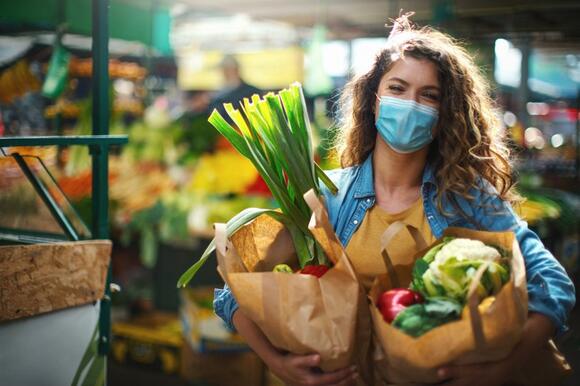 New management and a new plan

In June of 2019, Sprouts hired Jack Sinclair as the new CEO. Prior to joining Sprouts, Sinclair held several roles throughout the grocery industry, including Executive Vice President of the U.S. grocery division for Walmart from 2007 to 2015. Following Sinclair's arrival, Sprouts quickly shifted its strategy. Instead of pursuing store growth at any cost, Sprouts decided to temporarily pull back on rapid store expansion in favor of cleaning up the balance sheet and improving its supply chain.

Through these efforts, Sprouts was able to reduce its long-term debt by 49% and increase its cash balance from $20 million to $260 million in a little over two years.  While that's certainly a laudable improvement in its own right, the company was also able to increase its free cash flow during that same period.

Another step the company has taken to improve its operations over the last few years was adding distribution centers (DCs) close to its store bases. In fact, in the second quarter of this year, Sprouts increased its total tally of DCs to seven by adding two new ones in Colorado and Florida. With these now operational, 85% of Sprouts locations are now within 250 miles of a DC. This helps minimize shipping times as well as improve overall produce freshness.

Between the logistical investments and the financial improvements, Sprouts is now better positioned to begin its planned store expansion. Since Sinclair joined, management has stated that it wants to begin growing its store count by 10% per year from 2022 and beyond. Although these plans could be pushed back due to construction and materials issues, management confirmed during its latest conference call that it thinks it can hit this ambitious goal. With just 366 stores currently located across 23 different states, Sprouts should have plenty of room to grow its store base.

A different kind of grocery store

While Sprouts doesn't offer nearly as wide of a selection as big grocery chains like Kroger or Walmart, the company provides a differentiated offering that attracts health-conscious consumers.

With a focus on fresh produce and local vendors, Sprouts gives customers a unique assortment of items that are hard to find anywhere else. In fact, CEO Jack Sinclair even highlighted this on the latest conference call when he stated, "For vendors and entrepreneurs, we are becoming the destination to launch new, innovative products."

Additionally, Sprouts designs its stores to mimic an actual farmer's market. With low-shelf displays and grab-and-go style produce buckets at the center of every store, customers can get in and out quickly while finding items they wouldn't come across elsewhere. This store style also minimizes Sprouts' required capacity. For reference, the company's current locations average between 28,000 and 30,000 square feet whereas competitors like Kroger are roughly double that size.

But Sprouts isn't just stopping there. The company is planning to make its new store formats even smaller. While many investors are likely concerned that this could reduce overall revenue, management proved that there isn't much need to worry. After testing a 23%-smaller store in Phoenix, the company actually reported higher sales. With this success as proof, the company is planning to gradually replicate the model across the country.

Ultimately, this smaller-store format should help boost Sprouts' profit margins, which are already well above that of its grocery peers.

Likely due to the company's long history of high leverage and sporadic growth, investors today seem to be overlooking Sprouts. Over the past twelve months, the company has generated $376 million in operating income, which is 89% more than the same period two years ago.

Yet despite this growth and greater profitability than its peer group, the company's current market cap stands at just $3 billion. And the stock trades at a price-to-operating-income ratio of roughly eight -- well below that of its competitors. Management appears to be capitalizing on this favorable valuation since it has repurchased just under 5% of its total shares outstanding in the past nine months.

So between Sprouts' improved balance sheet, a more profitable store format, and the company's willingness to buy back its own stock, Sprouts' shares should generate good investor returns over the coming years.

10 stocks we like better than Sprouts Farmers Markets
When our award-winning analyst team has a stock tip, it can pay to listen. After all, the newsletter they have run for over a decade, Motley Fool Stock Advisor , has tripled the market.*

They just revealed what they believe are the ten best stocks for investors to buy right now... and Sprouts Farmers Markets wasn't one of them! That's right -- they think these 10 stocks are even better buys.

It's a suitable investment for just about anyone.
STOCKS・11 HOURS AGO

One of the keys to winning in the stock market is to ignore short-term issues and volatility.
STOCKS・2 DAYS AGO
The Motley Fool

Right now could be a smart time to buy the dip, but crypto isn't right for everyone.
STOCKS・13 HOURS AGO
The Motley Fool

These three dividend stocks are poised to thrive over the long term.
STOCKS・13 HOURS AGO
The Motley Fool

These two biotech stocks are set to report key clinical data later this year.
STOCKS・9 HOURS AGO
The Motley Fool

They're all about innovation.
STOCKS・13 HOURS AGO
The Motley Fool

Continued success in the digital channel will support the business in the current year.
RETAIL・1 DAY AGO

A stock that plunges nearly 90% is inherently risky, but Wall Street is rapidly warming up to this small-cap company.
STOCKS・2 DAYS AGO
The Motley Fool

Some incredibly promising companies are trading at huge discounts.
STOCKS・12 HOURS AGO
The Motley Fool

These two EV stocks have had different starts to 2022.
ECONOMY・1 DAY AGO
The Motley Fool

This Breakout Stock Could Be a Surprise Growth Pick in 2022

A leading private label credit card provider has made a big move into BNPL.
STOCKS・1 DAY AGO
The Motley Fool

Should you invest in the Latin American e-commerce leader right now?
STOCKS・12 HOURS AGO
The Motley Fool

Here are some of our contributors' favorite stocks for the long term.
STOCKS・12 HOURS AGO
The Motley Fool

The rise of infections caused by the omicron variant is just one more reason to buy this growth stock.
STOCKS・12 HOURS AGO