The recent discovery of the more-contagious omicron variant to the coronavirus rattled stock markets worldwide as investors braced for another wave of pandemic-related headwinds. Many tech companies, which were already struggling with supply chain and inflation-related challenges, will likely face additional disruptions if omicron shuts down certain sectors again.

However, a resurgence of the pandemic could also bring investors back to the "pandemic" tech stocks that fared so well throughout the crisis last year. Let's take a look at three of those stocks -- and why they might be great stocks to own if the omicron variant continues to weigh down the market. 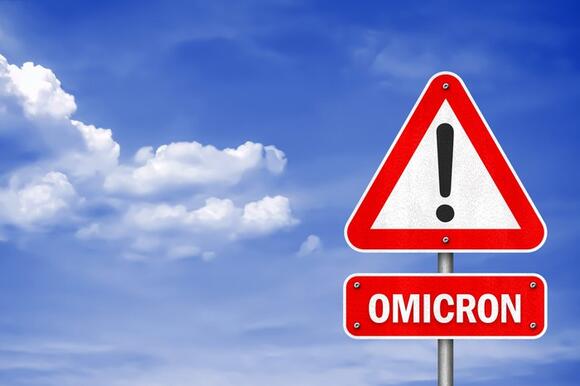 Zoom Video Communications (NASDAQ: ZM) was already a high-growth company before the pandemic hit. However, demand for its video conferencing software skyrocketed as more people stayed at home, and its revenue surged 326% in fiscal 2021 (which ended this January) as its adjusted net income rose nearly tenfold.

As a result, Zoom's stock price rallied nearly 400% last year. But this year, it lost 40% of its value as more people returned to work and school. Zoom's revenue still rose 71% year over year in the first nine months of fiscal 2022, but its full-year forecast for 54% growth indicates its momentum is gradually fading.

That slowdown, combined with Zoom's failed attempt to buy Five9 to expand its cloud communications ecosystem, convinced many investors that its high-growth days were over. Analysts expect Zoom's revenue to rise just 17% in fiscal 2023, and its stock still doesn't seem particularly cheap at 12 times that forecast.

But the bears are overlooking some of Zoom's strengths. It recently started testing out post-video ads, which could enable it to monetize the tens of millions of free users it gained during the pandemic. In the third quarter, Zoom nearly doubled its number of customers that contributed over $100,000 in revenue over the past 12 months on a year-over-year basis -- which indicates it's still expanding its footprint across the enterprise market.

Zoom remains a polarizing stock , but investors could flock back to the stock if the pandemic worsens again. Analysts will also likely raise their conservative estimates and make the stock look a lot cheaper.

Pinterest 's (NYSE: PINS) stock soared more than 250% in 2020 as the pandemic caused more people to stay at home and seek out recipes, DIY projects, and family activities on its virtual pinboards. But this year, its stock declined more than 40% as reopening trends caused it to lose monthly active users (MAUs) on a sequential basis for two consecutive quarters .

That slowdown, along with the evaporation of a short-lived rumor regarding PayPal 's interest in acquiring the company, overshadowed Pinterest's rising average revenue per user (ARPU) -- which consistently increased even as its MAU growth stalled out.

Investors also didn't seem to care that Pinterest's revenue still rose 75% year over year in the first nine months of 2021, or that it generated a stable profit during those three quarters -- compared to a net loss a year ago.

Analysts expect Pinterest's revenue to rise 51% this year, and for its adjusted earnings to more than double. Next year, they expect its revenue and adjusted earnings to grow another 26% and 23%, respectively, even as it grapples with the post-pandemic slowdown. The stock looks reasonably valued relative to those estimates at 34 times forward earnings.

But if the pandemic worsens, Pinterest could easily beat Wall Street's conservative expectations as people spend more time at home. The stock's downside potential should be limited at these levels, but it could have plenty of upside potential if investors rotate back toward pandemic stocks again.

MercadoLibre (NASDAQ: MELI) , Latin America's largest e-commerce company, grew its revenue 73% in fiscal 2020 as the pandemic forced more people to shop online. Its revenue rose 87% year over year in the first nine months of 2021, and analysts expect its revenue to grow 76% for the full year.

MercadoLibre generates most of its revenue in Brazil, Argentina, and Mexico, and it ended last quarter with 78.7 million unique active users. That's still a small percentage of Latin America's total population of about 660 million, but Morgan Stanley expects the region's e-commerce penetration to rise to 50% over the next few decades.

This makes MercadoLibre seem like a great long-term e-commerce investment, but three headwinds caused the stock to decline more than 30% this year. First, it faces tough post-pandemic comparisons: Analysts expect its revenue to grow just 37% next year as the stay-at-home tailwinds fade.

Second, it's spending a lot of money on expanding its logistics network and Mercado Pago payments platform. Lastly, it just priced a new secondary offering for a million new shares at $1,550 each to raise fresh cash to fund those expansion efforts. But as of this writing, MercadoLibre's stock trades at just over $1,100 per share and less than six times next year's sales -- which make it look deeply undervalued relative to its growth rates.

MercadoLibre should generate stable long-term gains, regardless of what happens with the pandemic, but new COVID-related restrictions will likely bring back investors and stabilize its near-term returns.

10 stocks we like better than Zoom Video Communications
When our award-winning analyst team has a stock tip, it can pay to listen. After all, the newsletter they have run for over a decade, Motley Fool Stock Advisor , has tripled the market.*

They just revealed what they believe are the ten best stocks for investors to buy right now… and Zoom Video Communications wasn't one of them! That's right -- they think these 10 stocks are even better buys.

These stocks are bargains right now.
STOCKS・1 DAY AGO
The Motley Fool

The new year is a time for setting goals, and there’s no better season to re-evaluate your budget, finances and investments than the beginning of a new trip around the sun. While cryptocurrency and NFT’s might sound like the hottest, trendiest place to put your money, the volatility and learning curve might be still too great to risk money you can’t afford to lose. That’s why we recommend turning to The Motley Fool for stock recommendations and taking advantage of their can’t-miss new year deal on Stock Advisor, an investment tool that averages 599%* returns. Through the end of January 2022,...
STOCKS・20 HOURS AGO

Despite lagging the market in the past year, these two tech companies boast historical returns any company would be proud of.
STOCKS・2 DAYS AGO
The Motley Fool

A sell-off is a good opportunity to buy shares of these three companies.
STOCKS・7 HOURS AGO
The Motley Fool

Some incredibly promising companies are trading at huge discounts.
STOCKS・1 DAY AGO

Income investors have a lot to like with these popular Robinhood stocks.
STOCKS・8 HOURS AGO
The Motley Fool

A trio of ideas to profit from the metaverse megatrend.
STOCKS・1 DAY AGO
The Motley Fool

Putting money in these stocks could end up being a very wise decision.
STOCKS・2 DAYS AGO
The Motley Fool

These two biotech stocks are set to report key clinical data later this year.
STOCKS・1 DAY AGO
The Motley Fool

Zynga adds another big growth catalyst for the next five years.
STOCKS・7 HOURS AGO
The Motley Fool