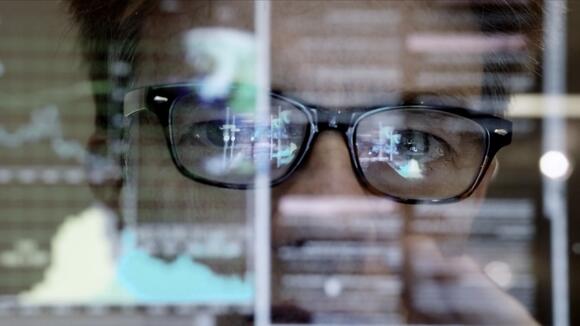 The futures were mixed on Thursday, as the volatility roller-coaster continues into the final trading month for 2021. The combination of the Omicron variant (which the CDC confirmed a case in the United States on Wednesday) and Federal Reserve Chair Jay Powell’s indications that the Fed may have to be more aggressive in the tightening policy was all the risk-off crowd needed on Tuesday. While the buy-the-dip risk-on traders returned early Wednesday, the sellers also returned in the final hours of trading to hammer all the major indexes. The manic buying in Treasury debt slowed, but yields still dropped on the 10-year and 30-year bonds.

Top strategists across Wall Street now are starting to focus on the potential for a faster taper to the quantitative easing program and an earlier rate increase, big increases in energy costs and other inflation issues, and the ongoing supply chain issues and stagflation worries. Toss in the very pressing debt ceiling issue and the ongoing China concerns, and there is still plenty of potential for continued volatility.

24/7 St. reviews dozens of analyst research reports each day of the week with a goal of finding new ideas for investors and traders alike. Some of these daily analyst calls cover stocks to buy.

These are the top analyst upgrades, downgrades and initiations seen on Thursday, December 2, 2021.

Allbirds Inc. (NASDAQ: BIRD): Stifel maintained a Buy rating and a $25 price target. The consensus target for the popular show company is $24.91. The stock was hammered Wednesday, closing down almost 17% to $16.06 despite posting very solid results.

DTE Energy Inc. ( NYSE: DTE ): Though Wells Fargo raised its Equal Weight rating on the Michigan-based utility to Overweight, it also trimmed the $124 target price to $123. The shares closed on Wednesday at $109.15.

Ford Motor Co. ( NYSE: F ): Wolfe Research downgraded the legacy automaker from Outperform to Peer Perform with a $22 price target. The consensus target is $17.94, but the last trade for Wednesday was reported at $19.58.

Gap Inc. ( NYSE: GPS ): This retailer was selected as the Zacks Bear of the Day stock. The analyst said that the apparel chain has fallen victim to the all too familiar hyper-congested global supply chain. Shares last closed at $15.98, and their consensus price target is $24.64.
ALSO READ: 5 Health Care Dividend Aristocrats to Buy for 2022 as Yields Plunge Once Again
Hello Group Inc. ( NASDAQ: MOMO ): Citigroup cut its Buy rating to Neutral and lowered the $18 price objective to $13.60. The consensus target is $16.91. The last trade on Wednesday was reported at $10.08 a share.

Hewlett Packard Enterprise Co. ( NYSE: HPE ): Stifel maintained a Buy rating on the shares and has a $20 price target, citing a strong fiscal 2022 outlook. The consensus target for the legacy tech giant is $17.62. The final trade on Wednesday came in at $14.21.

PagSeguro Digital Ltd. ( NYSE: PAGS ): ScotiaBank started coverage with a Sector Perform rating and a $39 price target. The consensus target is much higher at $54.57. The last trade for Wednesday rolled in at $28.83.

RBC Bearings Inc. (NASDAQ: ROLL): Citigroup started coverage with a Neutral rating and a $220 price objective. The consensus target is up at $272.50, and the stock closed at $190.82 on Wednesday.
Regency Centers Corp. ( NASDAQ: REG ): BMO Capital Markets upgraded the stock to Outperform from Market Perform and nudged the target price to $82 from $80. The consensus target is $76.65. Wednesday's final trade was reported at $68.68.

Salesforce.com Inc. ( NYSE: CRM ): Goldman Sachs raised its $360 price target on the stock to $370 while maintaining a Buy rating. The consensus target is just $325.71. The stock closed Wednesday at $252.70, down almost 12% on the day after beating estimates but offering up some tepid guidance.

Sonos Inc. ( NASDAQ: SONO ): Zacks says that this audio products maker is successfully challenging tech titans and growing its share of the expanding consumer technology market, so it was named as the Bull of the Day stock. Its shares most recently closed at $31.44 and have a consensus price target of $46.43, which would be an all-time high.

United Fire Group Inc. (NASDAQ: UFCS): Piper Sandler's upgrade to Overweight from Neutral included a target price bump to $25 from $22. The consensus target is $30, and the shares were last seen on Wednesday at $21.82, which was up almost 5% on the day.

UnitedHealth Group Inc. ( NYSE: UNH ): Truist Securities reiterated their Buy rating on the stock and lifted the target price to $520 from $500. The consensus target for the company is lower at $480.69. The last trade on Wednesday was filled at $444.34.

Zscaler Inc. ( NASDAQ: ZS ): Goldman Sachs raised their target price on the stock to $386 from $295 while keeping a Neutral rating on the stock. The consensus target is set much lower at $337.24. The stock closed trading on Wednesday at $318.21 down over 8%.
ALSO READ: JPMorgan Says Oil Could Go to $125 in 2022: Buy These 4 Energy Dividend Giants Now
With the holiday shopping season in full swing, e-commerce is bigger than ever. The leaders in the industry continue to dominate, making them top stock picks for aggressive investors looking for long-term growth ideas.

Kohl's confirmed that it has received a takeover offer, which sent shares soaring in Monday trading.
RETAIL・22 HOURS AGO
The Motley Fool

The company missed on both earnings and revenue estimates to end 2021.
STOCKS・22 HOURS AGO
Entrepreneur

5 Top Penny Stocks To Buy Now According To Reddit

Why Teladoc Health Was Not a Healthy Stock Tuesday

An analyst makes a severe cut to his price target on the shares.
STOCKS・15 HOURS AGO
MarketWatch

A possible end to a long-running acquisition effort weighed on tech stocks Tuesday morning.
STOCKS・23 HOURS AGO
The Motley Fool

Many current names will remain, but look for a few newcomers to crack the list.
STOCKS・3 HOURS AGO
24/7 Wall St.

Citigroup Ponders 7 Top Software Stocks to Buy in This Correction

Citigroup highlights seven software stocks investors should be paying attention to in the midst of the current market correction. See which four the firm favors and which one investors may want to short or avoid.
STOCKS・3 HOURS AGO
MarketWatch

Led by strong returns for shares of Microsoft and Visa, the Dow Jones Industrial Average is climbing Wednesday morning. The Dow (DJIA) was most recently trading 265 points higher (0.8%), as shares of Microsoft (MSFT) and Visa (V) are contributing around one third of the index's intraday rally. Microsoft's shares are up $12.18 (4.2%) while those of Visa have gained $5.06 (2.5%), combining for a roughly 114-point bump for the Dow. American Express (AXP) JPMorgan Chase (JPM) and Goldman Sachs (GS) are also contributing significantly to the gain. A $1 move in any of the index's 30 components results in a 6.59-point swing.
STOCKS・43 MINUTES AGO
24/7 Wall St.

Here are the S&P 500 stocks moving up or down the most in Wednesday's premarket trading session.
STOCKS・2 HOURS AGO
The Motley Fool

Riding the Oracle of Omaha's coattails has long been a moneymaking strategy.
STOCKS・2 DAYS AGO
The Motley Fool

On a bumpy day for markets, shares of these financial stocks all saw some significant lows before battling back to cut their losses.
STOCKS・1 DAY AGO
MarketWatch