Is Salesforce Stock a Buy?

Salesforce 's (NYSE: CRM) stock fell 6% during after-hours trading on Nov. 30 after the cloud services company posted its third-quarter numbers. Its revenue rose 27% year-over-year to $6.9 billion, which crushed estimates by $60 million. Its adjusted net income declined 27% to $1.3 billion, or $1.27 per share, yet it still beat expectations by $0.35.

Those headline numbers look decent, but Salesforce's guidance was a bit bumpy. Let's review Salesforce's quarter, its outlook, and whether or not its post-earnings dip represents a good buying opportunity. 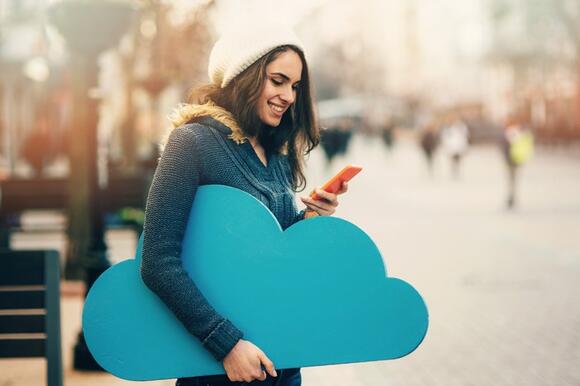 In the first nine months of fiscal 2022, Salesforce generated 25% of its subscription and services revenue from its sales platform, 27% from its service segment, 18% from its platform and other segment (which houses its app development platform Lightning and the enterprise communication platform Slack), and 16% from its marketing and commerce segment. The remaining 15% came from its new data segment, which was recently separated from its platform and other business. This segment houses its analytics platform Tableau and the integration software provider Mulesoft.

Salesforce's mixed revenue forecasts for the fourth and first quarters seemingly triggered its post-earnings sell-off. But its long-term outlook still looks bright -- it restated its goal of nearly doubling its annual revenue to $50 billion by fiscal 2026. That forecast implies Salesforce's annual revenue will continue to increase at a compound annual growth rate (CAGR) of 17.3% between fiscal 2022 and 2026.

But what about its margins and earnings?

Salesforce's adjusted operating margin declined 60 basis points sequentially and stayed flat year-over-year at 19.8%. That pressure was mainly caused by its acquisition of Slack for $27.7 billion in July, the expansion of its workforce, and other investments across its ecosystem.

Salesforce's 27% year-over-year decline in its adjusted earnings per share ( EPS ) in the third quarter was mainly caused by accounting changes related to its strategic investments. If we exclude those investments from both periods, its adjusted EPS would have actually risen nearly 13%.

The company expects its adjusted earnings to decline 11%-12% year over year in the fourth quarter (after excluding the accounting changes) but to still increase 51% for the full year on the same basis. However, analysts expected Salesforce's adjusted EPS to stay flat year-over-year on that basis in the fourth quarter. Salesforce attributed that softer-than-expected EPS guidance to its acquisition of Slack and other investments.

Salesforce's recent forecasts were mixed, but its commitment to its fiscal 2026 targets indicates that it remains a solid secular growth stock. Salesforce's customer relationship management (CRM) subscriptions are sticky, and it continues to cross-sell additional marketing, e-commerce, app development, communication, and analytics services to its locked-in customers. It's the largest cloud-based CRM provider by a mile, its pricing power insulates it from inflation, and it's performed well during previous recessions .

Salesforce's strengths easily outweigh its weaknesses. Therefore, I believe it's still a solid investment for investors who can look past the short-term noise related to its acquisitions and focus on its long-term strengths.

A little money can go a long way after stocks and crypto have corrected sharply in recent days.
STOCKS・17 HOURS AGO
The Motley Fool

Here Are the 5 Best Dividend Stocks to Buy for 2022

These outstanding businesses can help you protect and grow your wealth.
STOCKS・20 HOURS AGO
The Motley Fool

Monday.com helps companies develop software tools to manage projects and teams. The company has seen rapid adoption and growth because of its wide-reaching solution. The company does have some risks, but it looks appealing. At the start of the year, many investors look for new stocks to bolster their portfolios....
MARKETS・17 HOURS AGO

The e-commerce market darling's stock is now down about 47% from its highs set in November.
STOCKS・19 HOURS AGO
The Motley Fool

The company missed on both earnings and revenue estimates to end 2021.
STOCKS・16 HOURS AGO
The Motley Fool

Why Shares of Block, Mastercard, and StoneCo Are All Falling Today

Procter & Gamble and Zoom could both be strong additions to a balanced portfolio.
STOCKS・19 HOURS AGO
The Motley Fool

After a 470% price rally, the recent dip might be a chance to buy Axcelis Technologies.
STOCKS・17 HOURS AGO
The Motley Fool

Winners keep on winning.
STOCKS・19 HOURS AGO
The Motley Fool

A market crash may bring the prices of these stocks down to more attractive levels.
STOCKS・20 HOURS AGO
The Motley Fool

2022 could bring out ample opportunities for growth for this small-cap stock.
STOCKS・20 HOURS AGO
The Motley Fool

Its shares have skyrocketed in the past few years, so it's not completely out of the realm of possibility.
STOCKS・16 HOURS AGO
The Motley Fool

Let's look beyond these companies' recent struggles.
STOCKS・17 HOURS AGO
The Motley Fool

My 3 Favorite Growth Stocks to Buy in January

A basket of EV and fintech stocks that's built to last.
STOCKS・19 HOURS AGO
The Motley Fool

An analyst is lowering their expectations, and there's good reason for this.
STOCKS・12 HOURS AGO
The Motley Fool

Tesla reports earnings after the bell tomorrow -- here's what to expect.
STOCKS・17 HOURS AGO