3 Hot Stocks That Can Live Up to Their Lofty Valuations

Perhaps the biggest mistake I made as a beginner investor was continuously looking for "cheap" stocks. In my mind, this paired nicely with the "buy low, sell high" mantra that's hammered into investors' minds by financial experts. However, by focusing on a company's share price and valuation instead of its overall mission and culture, I ultimately filtered out many exceptional stocks. While a discounted price will not hurt, it should never be the sole reason for a stock purchase. 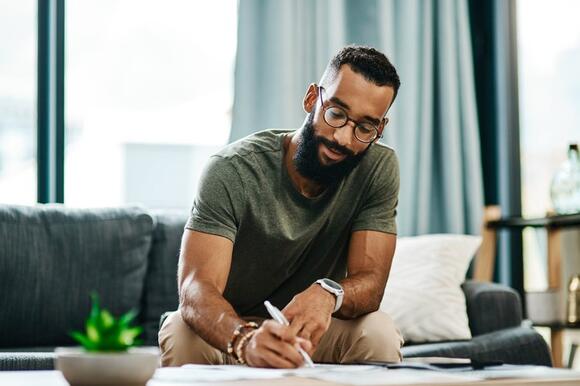 Trading at 28 times gross profit, creativity-fueled Etsy (NASDAQ: ETSY) is the "cheapest" option of the lofty valuations. The personalized e-commerce expert has seen its shares rise by over 2,000% in just the last five years, but may just be getting started.

Etsy and its "House of Brands" is quickly becoming one of the most beloved brands in e-commerce which is noted by its net promoter score (NPS) of +59 as of January 2021. Using a scale of -100 to +100, NPS measures a company's overall customer satisfaction -- the higher the score, the better. Etsy's score of +59 roughly equates to four promoters of its products versus every detractor it has, highlighting the broad appeal of its unique products.

Planning to build upon this strong NPS, Etsy aims to continue expanding through its "House of Brands," both geographically and through new product lines. For example, its Elo7 operations add valuable exposure to the handmade and craft industry in South America's largest e-commerce market, Brazil. According to Euromonitor, Brazil's e-commerce sales will grow into a $50 billion market by 2025, making Etsy's $217 million acquisition of Elo7 a potentially shrewd deal.

Additionally, Etsy has two more promising young brands: Depop, which focuses on fashion re-commerce, and Reverb, which operates in the music re-commerce business. Re-commerce is essentially the selling of used items online. Depop is of particular interest to investors as it not only targets an apparel industry expected to be worth over $500 billion by 2025 but also focuses on the up-and-coming Gen Z demographic.

Simply put, Etsy is firing on all cylinders, posting 19% quarterly sales growth year over year despite more than doubling its sales during the pandemic in the same quarter last year. Thanks to these strong growth rates and the company's beloved and unique products, Etsy appears poised to grow beyond its hefty valuation.

Beautifully positioned to ride the ongoing transition from linear TV to Connected TV (CTV), The Trade Desk (NASDAQ: TTD) and its market-making advertising platform trade at an intimidating 76 times gross profit. Furthermore, the company's price-to-earnings ratio for the trailing-12-months is around 180 -- roughly seven times the S&P 500 's average of 27.

However, with the overall advertising industry barreling toward becoming $1 trillion in size, these valuations may not be all that unreasonable for The Trade Desk. In addition to the market's sheer size opportunity, the company is reaching a critical moment in its history. During the company's third-quarter earnings call, management announced it now reaches more U.S. households through CTV than traditional, linear TV.

This tipping point is pivotal for The Trade Desk as it ultimately plays right into its leadership position with its vast CTV inventory. For example, Gartner released their Ad Tech Magic Quadrant for 2021, which measures companies across four crucial capabilities. In three out of these four categories, The Trade Desk ranked No. 1, demonstrating its leadership position in its platform's effectiveness.

Thanks to quarterly sales growth of 39% year over year and its positioning to benefit from the continued transition to CTV, The Trade Desk's lofty valuation starts to look more understandable. Altogether, trading with a market capitalization of $51 billion, The Trade Desk's leadership position and quickly growing target addressable market of $750 billion could make today's share price look like a discount.

While creativity-engine Unity Software (NYSE: U) has the loftiest valuation of this trio, it also provides the highest potential growth optionality. This optionality relates to Unity's high valuation in the sense that it has a vast number of possible revenue sources that it could explore.

Growth optionality ultimately boils down to management's creativity and ability to pivot to promising, profitable industries. In Unity's case, this would mean expanding into new verticals similar to its leadership position in creating and monetizing real-time 3D games.

Having played a role in building 70% of the world's top mobile games, Unity's leadership position in this space can't be denied. But, its recent $1.6 billion acquisition of Weta Digital shows the company's intentions to lean into its longer-term growth potential.

By adding Weta's vast array of visual effects and talented community, Unity is well-positioned to thrive in the increasingly buzzworthy "metaverse." While the metaverse and its fruition may be years down the road, Unity has already begun testing new verticals in the manufacturing, engineering, and overall collaborative workspaces.

Due to this tremendous optionality and the inherently creative nature of the company's operations, it's uniquely challenging to place a valuation on Unity. However, growing quarterly sales by 43% year over year while showing its intentions to expand into adjacent verticals, Unity's market capitalization of $46 billion could multiply over the coming decade.

10 stocks we like better than Etsy
When our award-winning analyst team has a stock tip, it can pay to listen. After all, the newsletter they have run for over a decade, Motley Fool Stock Advisor , has tripled the market.*

They just revealed what they believe are the ten best stocks for investors to buy right now... and Etsy wasn't one of them! That's right -- they think these 10 stocks are even better buys.

Bitcoin's price is down more than 40% from its November high. Is this a buying opportunity? Or could the price fall further?
STOCKS・17 HOURS AGO
The Motley Fool

A rival's struggles could signal trouble for the entertainment giant.
STOCKS・16 HOURS AGO
The Motley Fool

It wasn't all about the streaming company.
STOCKS・19 HOURS AGO
The Motley Fool

Everyone is talking about the largest deal in Microsoft's history this week.
STOCKS・23 HOURS AGO

Bitcoin is falling hard, but not every crypto stock is created equal.
STOCKS・18 HOURS AGO
The Motley Fool

Why Peloton Investors Are Smiling Today

After all the bad news, Peloton reassures investors: Q2 revenue is safe.
STOCKS・23 HOURS AGO
The Motley Fool

You don't need a mountain of money to build wealth on Wall Street.
STOCKS・1 DAY AGO

At a market cap of just under $900 billion, it is within striking distance of reaching a rare financial designation.
MARKETS・21 HOURS AGO
The Motley Fool

The streaming giant gave investors a shock, but even some Wall Street bears say the sell-off that followed was overdone.
STOCKS・18 HOURS AGO
The Motley Fool

These companies are facing a two-pronged problem so far in 2022.
STOCKS・19 HOURS AGO

A Stock Market Crash Is Inevitable. Here's How to Prepare

Stocks are headed for an eventual downturn. Will you be ready?
STOCKS・4 HOURS AGO
The Motley Fool

After a volatile trading, the Trump-affiliated stocks ended the week on a down note.
STOCKS・15 HOURS AGO
The Motley Fool

Both of these businesses should benefit from industrywide tailwinds in the coming years.
STOCKS・2 HOURS AGO
The Motley Fool

The tech stock is still down roughly 78% from its high.
STOCKS・1 DAY AGO
The Motley Fool

Deutsche Bank just cut its price target. Then again, the bank cut a bunch of price targets.
STOCKS・16 HOURS AGO
The Motley Fool

The NFT market is growing at light-speed, but can it surpass Bitcoin?
STOCKS・23 HOURS AGO