Oracle (NYSE: ORCL) and Accenture (NYSE: ACN) are both blue-chip tech behemoths that are more often associated with stability than growth. But over the past 12 months, Oracle's stock rallied more than 60% as Accenture's stock advanced nearly 50%. The S&P 500 rose less than 30% during that time.

Oracle and Accenture are very different companies. But they both outperformed the market by staying resilient throughout the pandemic, consistently repurchasing their own shares, and paying steady dividends . Oracle pays a forward dividend yield of 1.4%, and its stock still looks reasonably valued at 20 times forward earnings. Accenture pays a forward yield of 1.1%, and its stock looks a bit pricier at 36 times forward earnings. 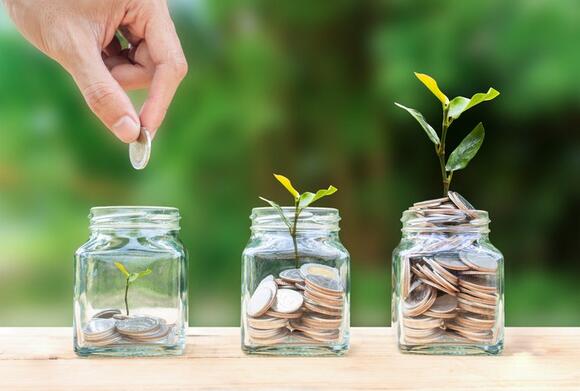 Value-seeking investors might immediately be drawn to Oracle's higher yield and lower valuation, but is it really a better tech dividend play than Accenture? Let's take a fresh look at both companies to find out.

The differences between Oracle and Accenture

Oracle is the world's largest database management company. Most of its software was initially installed on-site, but the company has been transforming those on-premise solutions into cloud-based services in recent years. Oracle also made a long list of acquisitions to expand its ecosystem with additional enterprise resourcing planning (ERP) services.

Accenture is one of the world's top providers of IT services. It operates in 200 cities across 50 countries, and its 624,000 employees help a wide range of companies install cloud services, manage their cybersecurity defenses, execute digital transformation strategies, and perform other IT tasks.

The similarities between Oracle and Accenture

Oracle and Accenture are both resistant to recessions because they provide essential services to large companies. Companies still need Oracle to host their online data in its searchable databases, and they still need Accenture to maintain or upgrade their digital infrastructure -- regardless of the macro headwinds.

Both companies generate most of their revenue from older, on-premise-oriented businesses. However, Oracle has been aggressively expanding its newer cloud-based database and ERP services to offset the slower growth of its legacy businesses. Accenture has also been expanding its higher-growth cloud, interactive, industry X (digital transformation), and security services to reduce its dependence on its legacy infrastructure services.

Which company is growing faster?

Those long-term transformations enabled both companies to generate relatively stable revenue growth over the past five years:

Oracle struggled to grow its cloud-based services in 2019, then grappled with slower on-premise upgrades throughout the pandemic in 2020. Yet in 2021, its growth accelerated again as robust demand for its Fusion and NetSuite ERP services offset the sluggishness of its legacy on-premise businesses.

Accenture also suffered a slowdown during the pandemic, which disrupted all of its end markets except for health and public services. But as more businesses reopened, those other end markets (products, communications, media, technology, and resources) recovered quickly.

Analysts expect Oracle's revenue to grow 4% this year, but for its earnings to remain flat as it ramps up its cloud spending again. They expect Accenture's revenue and earnings to grow 13% and 15%, respectively, this year.

Oracle doesn't consistently raise its dividend every year, but Accenture has consistently raised its payout annually for a decade (with the exception of FY20). Both companies have very sustainable dividend payout ratios , but Oracle's ratio of 24% is significantly lower than Accenture's ratio of 38% -- and indicates it still has plenty of room for future dividend hikes.

Oracle's higher yield and lower valuation might initially make it seem like a better tech dividend stock than Accenture. However, I think Accenture is the better buy for three simple reasons: It's more diversified, it's growing faster, and it's much more committed to annual dividend hikes than Oracle.

10 stocks we like better than Oracle
When our award-winning analyst team has a stock tip, it can pay to listen. After all, the newsletter they have run for over a decade, Motley Fool Stock Advisor , has tripled the market.*

They just revealed what they believe are the ten best stocks for investors to buy right now... and Oracle wasn't one of them! That's right -- they think these 10 stocks are even better buys.

The tech giant faces a litmus test going into the release of its quarterly report on Thursday.
STOCKS・18 HOURS AGO
The Motley Fool

Not only is the price right for these three healthcare stocks, but they all offer revenue growth along with an above-average dividend.
STOCKS・22 HOURS AGO
The Motley Fool

These companies are reliable, provide vital services to their customers, and trade at a reasonable valuation.
STOCKS・22 HOURS AGO
The Motley Fool

Spoiler: It's not about the new Bronco Raptor.
STOCKS・19 HOURS AGO
The Motley Fool

Can business keep growing at the record-setting pace it has been on?
STOCKS・22 HOURS AGO
The Motley Fool

The stock seems to be moving down with broader market sentiment.
STOCKS・18 HOURS AGO
The Motley Fool

The iBuyer has fallen out of favor with investors, but could it be a long-term opportunity?
STOCKS・18 HOURS AGO
The Motley Fool

These two companies could be top performers in 2022.
STOCKS・23 HOURS AGO
The Motley Fool

These names have an average yield of 3.6%.
STOCKS・23 HOURS AGO
The Motley Fool

These high-growth companies are leading players in their respective industries.
STOCKS・22 HOURS AGO
The Motley Fool

E-commerce stocks are selling off -- and one of these stocks almost looks like a bargain.
STOCKS・16 HOURS AGO
The Motley Fool

3 Reasons This Growth Stock Could Be a Monster

Stock trading has entered a new era, thanks to help from Tradeweb Markets.
STOCKS・17 HOURS AGO
The Motley Fool

The e-commerce company was a prime beneficiary of the coronavirus pandemic but is stumbling out of the gate in 2022.
STOCKS・22 HOURS AGO
The Motley Fool

Intraday volatility is back in a big way.
STOCKS・11 HOURS AGO
MarketWatch