(CBS4) – Colorado lawmakers were paying close attention this week as the country’s highest court heard arguments in a case that could change abortion rights across the country.

“There is a sense after the arguments today that (Roe v. Wade) is in real jeopardy,” state Rep. Meg Froelich said. 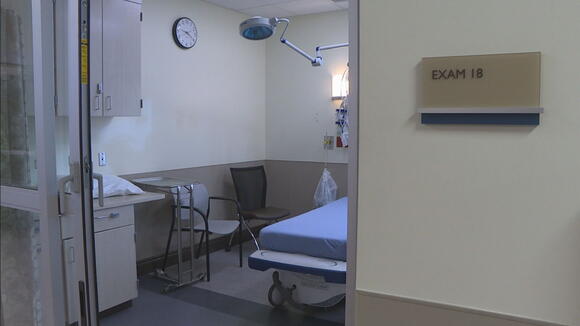 Froelich is among a group of female Democratic leaders planning to introduce the Reproductive Health Equity Act in Colorado. Froelich says there are no state laws preventing a woman from getting an abortion, but there are no laws protecting abortion rights in Colorado, either.

“We feel a real sense of urgency that we want something on the books that protects access, and access has really become critical,” she said.

That urgency, Froelich says, comes after comments made by some of our U.S. Supreme Court justices during the hearing Wednesday.

After oral arguments, they will now decide if Mississippi law banning abortion after 15 weeks should stand, going against the decades-old Roe v. Wade decision that says states cannot ban abortion before fetal viability.

Justice Brett Kavanaugh raised questions about the supreme court’s role in the matter.

“Why should this court be the arbiter rather than Congress, the state legislatures, state supreme courts, the people being able to resolve this?” Kavanaugh asked.

For years, the majority of Coloradans have said no to similar bans, the most recent on last year’s ballot .

Froelich says the legislation is representative of that history.

Colorado really respects these private decisions and has told us over and over again we won’t stand for it.

State Rep. Matthew Soper responded. In a statement, the Republican said “Under our system of laws, it is for the Supreme Court to interpret what the law is in accordance to the Constitution. The Democrats should wait and see what the court decides before rushing to introduce legislation that may be moot.”

A letter from the office of Attorney General Jason Miyares sent to the Supreme Court cited a "change in Administration" in its new stance.
VIRGINIA STATE・1 DAY AGO
Durango Herald

A trio of Democratic state lawmakers plans to introduce a bill that, if passed, would enshrine abortion rights in state law. The policy is planned as a backstop in case the U.S. Supreme Court overturns its 1973 decision in Roe v. Wade, the landmark case that established the constitutional right to abortion. While Coloradans currently have access to abortion at all stages of pregnancy, the bill would add an affirmative statement to that effect in Colorado law.
COLORADO STATE・1 DAY AGO
The Independent

The state of South Dakota will soon follow Texas and Mississippi with legislation that would cut back significantly on abortion rights in the state and directly challenge the precedent established by Roe v Wade.A pair of bills were unveiled by Kirsti Noem, the state’s conservative governor last week; one the bills would outlaw abortions after a fetal heartbeat is detected, which is around five to seven weeks into a pregnancy. That standard is well outside the standard set in the Supreme Court’s landmark abortion rights ruling in Roe v Wade, which forbids bans on abortions before the third trimester of...
WOMEN'S HEALTH・2 DAYS AGO
Axios Denver

Taking a page from President Biden and the national Democratic Party, Colorado legislative leaders are making the legitimacy of the 2020 election a key issue ahead of the midterms.Driving the news: In a political power move, the Democratic-majority in the state House and Senate instigated a fight Tuesday on non-binding resolutions to "reassert the validity of the 2020 presidential election results."The moderate House Republican leader Hugh McKean ​blasted the effort as a distraction from lawmaking — but his more conservative GOP colleagues took the bait.At least 15 of the 24 lawmakers supported Republican amendments to thank the protesters at the...
COLORADO STATE・6 DAYS AGO

Evoking apartheid-era voting restrictions and warning of a dire end for America's democracy, Senate Democrats on Tuesday passed a resolution urging Congress to pass comprehensive voting rights legislation to counteract actions by several states they believe have made it more difficult for voters to cast a ballot. House Democrats replicated...
COLORADO STATE・7 DAYS AGO
coloradosun.com

Speaker Alec Garnett looked into the camera live-broadcasting his remarks from the Colorado House chambers on Tuesday and made a pitch to Coloradans. “The choice is clear,” the Denver Democrat said during debate over a resolution seeking to reaffirm the 2020 presidential results and calling on Congress to pass Democrats’ stalled voting access bills.
COLORADO STATE・7 DAYS AGO
KRDO

COLORADO SPRINGS, Colo. (KRDO) - On Thursday, the Supreme Court blocked a major push by President Joe Biden's administration to require employees at large businesses get a Covid-19 vaccine or test for the virus regularly. While the Supreme Court is allowing a nationwide vaccine mandate for certain healthcare workers to...
COLORADO STATE・11 DAYS AGO
Reuters

WASHINGTON, Jan 24 (Reuters) - The U.S. Supreme Court on Monday declined to hear a challenge by Republican lawmakers to pandemic-related proxy voting rules set by Speaker Nancy Pelosi in the Democratic-led House of Representatives that were tailored to limit exposure to COVID-19. The voting rules, implemented in May 2020, allow members of the 435-seat House to serve as proxies for colleagues in quarantine or otherwise unable to cast floor votes in the chamber. House Republican leader Kevin McCarthy and other lawmakers had asked the Supreme Court to reverse a lower court decision that allowed the remote voting rules to remain in effect.
CONGRESS & COURTS・1 DAY AGO

Alabama’s Republican-dominated state legislature must immediately redraw the state’s congressional map after discriminating against Black voters by approving a map that significantly dilutes their political power, a panel of federal judges has ruled.A ruling in US District Court on 24 January ordered the legislature to create at least two – rather than just one – districts in which Black voters are more likely to be able to elect a representative that more closely resembles the state’s demographics.“Black voters have less opportunity than other [Alabama residents] to elect candidates of their choice to Congress,” the judges wrote. “Any remedial plan...
CONGRESS & COURTS・10 HOURS AGO
Press Democrat

A revolution in university admissions appears to be at hand. The Supreme Court has agreed to hear two cases on affirmative action in higher education, raising the likelihood that it will strike down the practice in the near future. The only thing surprising about this development is the timing, in the same Supreme Court term that already promises blockbuster conservative judgments on abortion and guns.
CONGRESS & COURTS・56 MINUTES AGO
Fairbanks Daily News-Miner

The Alaska Supreme Court on Wednesday ruled in favor of a voter-approved election system that effectively abolishes party-based primaries and allows ranked choice voting during the general election. The Supreme Court upheld the lower court decision that ruled similarly, according to the final decision. A full opinion written by the...
1 DAY AGO
Newsweek

On Friday, Noem announced the text of two anti-abortion bills she aims to pass in South Dakota.
TEXAS STATE・2 DAYS AGO

DENVER (CBS4)— The Supreme Court voted 6-3 to block President Joe Biden’s COVID-19 vaccine mandate for large, private businesses Thursday. Biden wanted to use the power of government to slow the spread of COVID-19, but the nation’s highest court said the sweeping requirements were too broad. (credit: Getty Images) The mandate would have applied to businesses with 100 or more employees. Some large companies, like Bonanno Concepts, have required their employees to be vaccinated for months. The court’s ruling won’t change their policy. “People have been so happy to come somewhere that is vaccinated,” said Jessica Kinney, Director of People at Bonanno Concepts....
CONGRESS & COURTS・12 DAYS AGO
WSYX ABC6

Supreme Court vaccine mandate ruling: How could the outcome affect you?

Republican Assembly Speaker Robin Vos, R-Rochester, is scheduled to sit for a deposition with a liberal watchdog group Wednesday after the Wisconsin Supreme Court denied his last-ditch effort to avoid it. Dane County Judge Valerie Bailey-Rihn ordered Vos to sit for the deposition earlier this month as part of a...
ROCHESTER, WI・13 DAYS AGO
realvail.com

Colorado Democrats — who control the state Senate, House of Representatives and governor’s office — unveiled their election-year legislative platform during a Monday press conference. Democrats hear Coloradans’ concerns about the rising cost of living and “have a plan to make it easier to get by,” House...
COLORADO STATE・13 DAYS AGO

The House minority leader, who helped scuttle an attempt to establish a bipartisan commission to investigate the insurrection, has spent months thrashing the select committee.
WASHINGTON, DC・14 HOURS AGO
Business Insider

Manchin also scoffed at the notion that he should be afraid of any potential primary challenger.
CONGRESS & COURTS・11 HOURS AGO
Newsweek

This move follows a ruling by the Supreme Court wherein justices decided that OSHA didn't have the authority to enforce the Biden administration's order.
CONGRESS & COURTS・15 HOURS AGO
Newsweek

"Perhaps this means some of our colleagues will miss out on lucrative investment opportunities. We don't care," the lawmakers said.
CONGRESS & COURTS・1 DAY AGO