Is Inovio Stock Set to Rebound?

Inovio Pharmaceuticals (NASDAQ: INO) has been one of the disappointments of the coronavirus vaccine race. Last year, the company fell behind in the development of its vaccine candidate. And this year, the stock has dropped about 18%.

Now, however, it looks like things may be changing for Inovio. U.S. regulators recently gave the company the nod to start its late-stage trial, and this week Inovio laid out its plan to tackle the omicron variant. Does all of this mean Inovio stock is ready to rebound? Let's take a look. 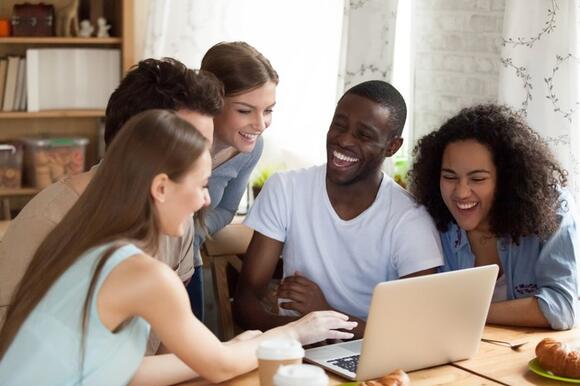 First, let's talk about Inovio's good news. Last year, the U.S. Food and Drug Administration put Inovio's phase 2 and 3 trials on a partial clinical hold. Regulators had questions about the trial and the handheld device used to administer the vaccine candidate. Inovio uses its proprietary Cellectra to deliver optimized DNA strands directly into cells. The FDA lifted the hold on phase 2 after about six weeks, but phase 3 remained on hold for more than a year.

Now, Inovio can move forward and hopefully reach the regulatory submission stage in the coming months. Inovio is also conducting its phase 3 trial at sites outside of the U.S.

In other positive news, Inovio has explained how it will address the latest coronavirus strain. Authorities first identified the omicron variant in South Africa early last month, and it's since spread to areas including Europe and North America.

Inovio says its vaccine candidate INO-4800 sparks T cell immune response. These responses are less vulnerable to viral mutations, and that's why this candidate may have a good shot at handling omicron and other variants. Inovio is now testing samples from its clinical trial participants against omicron.

The biotech company has a second potential tool to beat the latest variant in the form of its pan-COVID vaccine candidate. Its development involved using an algorithm to analyze the genetic sequences of all existing strains, and from there, Inovio designed a candidate that would ideally target a wide array of variants. This candidate is still in the preclinical stage. So far, it's worked against other variants and Inovio is testing it against omicron.

And finally, Inovio has one more opportunity to beat the variant. It has launched the development of a strain-specific candidate to target omicron.

So, will any of these efforts result in gains for Inovio's shares? INO-4800 is closest to market, so any positive data from tests of that candidate against omicron could lift the stock in the coming weeks. The pan-COVID candidate could be big in the future. But it's too early stage right now to make much of a difference in the fight against omicron. By the time the pan-COVID candidate makes it to late-stage trials, the world may be dealing with another coronavirus variant.

Inovio is likely to have the same problem with the strain-specific candidate. I don't think Inovio will bring it to market quickly enough to tackle omicron. Rivals Pfizer and Moderna may be able to rapidly update current vaccines and win FDA authorization. That's because their products are on the market, and they've built a pathway to update those products in a timely manner. Inovio hasn't yet brought a vaccine to market, so it can't operate in the same manner.

All of this means Inovio's best chance at share gains in the near term is positive news from the INO-4800 program. Pfizer and Moderna dominate today's vaccine market, but efficacy isn't 100%. If another player can offer a vaccine with advantages in efficacy, targeting variants, or logistics, that player may carve out market share.

Will this player be Inovio? It's possible. But many investors have lost faith in the biotech company. So how can Inovio bring back the confidence? Only through solid data and a solid plan to bring its vaccine candidate to market. At that point, Inovio stock may rebound. Right now, it's too early to say if and when that will happen. But considering the latest news, Inovio is a player to keep on your vaccine stock watch list.

10 stocks we like better than Inovio Pharmaceuticals
When our award-winning analyst team has a stock tip, it can pay to listen. After all, the newsletter they have run for over a decade, Motley Fool Stock Advisor , has tripled the market.*

They just revealed what they believe are the ten best stocks for investors to buy right now... and Inovio Pharmaceuticals wasn't one of them! That's right -- they think these 10 stocks are even better buys.

SentinelOne's stock has started to fall and is approaching an attractive entry point.
STOCKS・20 HOURS AGO
The Motley Fool

This company's business is built to weather almost any storm.
STOCKS・20 HOURS AGO
The Motley Fool

Mr. Market is offering up these outstanding businesses at a discount.
STOCKS・19 HOURS AGO
The Motley Fool

Despite a long track record of sustained growth, this stock is down more than 60% from its highs.
STOCKS・20 HOURS AGO

A look at the investment case for the industrial giant in 2022.
STOCKS・19 HOURS AGO
The Motley Fool

The e-commerce platform was on the receiving end of some negative commentary from Wall Street, but the news wasn't all bad.
STOCKS・15 HOURS AGO
The Motley Fool

One of these biotech stocks could have more room to run than the other.
MEDICAL & BIOTECH・21 HOURS AGO
Investor's Business Daily

This Under-the-Radar SPAC Stock Is Quietly Crushing the Market. Is It a Buy in 2022?

While it has a large and growing opportunity, Ranpak Holdings does lack some key traits exhibited by other top stocks.
STOCKS・21 HOURS AGO
The Motley Fool

Is Microsoft Stock a Buy Now?

The tech giant still has plenty of irons in the fire.
STOCKS・20 HOURS AGO
The Motley Fool

Why Advanced Micro Devices Stock Was Falling This Week

Sales trends were disappointingly weak in the holiday quarter.
STOCKS・18 HOURS AGO
marketpulse.com

US stocks rallied after both solid results from Apple and a softer-than-expected fourth quarter employment cost index. The Fed Chair closely watches employers costs as that was a key trigger for their hawkish pivot last month. Wall Street is finishing the trading week wanting to believe that the US growth outlook is still there for 2022 and that the bull case will still be there once we get past this last inflation surge and first round of Fed rate hikes.
STOCKS・15 HOURS AGO
The Motley Fool

The oil giant fell short of expectations.
STOCKS・19 HOURS AGO