Warren Buffett isn't as big of a winner as he once was. The legendary investor routinely beat the S&P 500 's performance throughout much of his career. So far this year, though, Berkshire Hathaway 's (NYSE: BRK.A) (NYSE: BRK.B) gains are lagging behind the index.

Many of the stocks in Berkshire's portfolio have generated strong year-to-date returns, but not all of them. Regardless of how they've performed recently, some Berkshire holdings remain especially attractive over the long term. Here are three Buffett stocks I'd buy in December without any reservations. 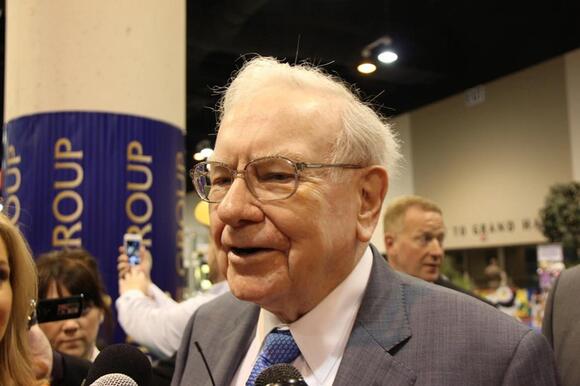 Amazon.com (NASDAQ: AMZN) belongs in the group of Buffett's laggards. Shares of the internet giant have risen only around 8% this year, well behind Berkshire's overall performance. However, there are few stocks of large companies that have as clear of a growth runway as Amazon does.

Let's start with the near term. Amazon expects record holiday sales in the fourth quarter of $135 billion. Twelve-digit quarterly revenue has become standard fare for the company. Amazon is investing heavily in adding capacity to support its fulfillment operations. That's an obvious sign that the company anticipates significant growth in the future.

This isn't a surprise. E-commerce sales in the U.S. made up only 13% of total retail sales in the third quarter. Amazon still has a huge growth opportunity in this core market.

But e-commerce is just one growth driver for the company. Amazon Web Services remains the biggest cloud hosting business in the world and continues to grow rapidly. The company's advertising business is picking up major momentum. Amazon's healthcare moves in online pharmacy and telehealth could also pay off nicely. I don't see this stock staying a laggard for very long.

Not all of the FAANG stocks are underperformers this year. Shares of Apple (NASDAQ: AAPL) have soared more than 20%. And that impressive gain came despite the company posting disappointing Q3 results.

Investors are focusing on the future with Apple -- just as they should be. The company continues to ride the wave of 5G adoption. Its iPhone sales seem likely to reach record levels this holiday season unless supply chain issues serve as a damper. The 5G "supercycle" could keep going throughout 2022 and even beyond.

Apple could enjoy even stronger growth going forward. The company could unveil its augmented reality (AR) headset next year, and it's working on AR glasses. Apple is also reportedly developing a self-driving electric car.

Buffett likes Apple so much that it's the largest holding in Berkshire's portfolio . I fully expect that the stock will keep up its winning ways for years to come.

You might be at least a little surprised that I've included Mastercard (NYSE: MA) on this list. After all, the stock has fallen more than 10% so far in 2021. But there's still a lot to like about Mastercard.

The company makes money from transaction fees every time one of its credit cards is used to make a purchase. With the rise of e-commerce and the shift away from cash with in-store purchases, Mastercard's credit cards will almost certainly be used a lot more in the future.

Although Mastercard is already a global company, it still has plenty of growth opportunities in developing regions. For example, Mastercard's recent acquisition of fintech company Arcus FI should help boost its presence in the Latin American market.

Two potential growth drivers for Mastercard might not receive as much attention as they deserve. The company's "buy now, pay later" program is picking up momentum. Mastercard is also expanding its cryptocurrency support, partnering with three cryptocurrency providers in the Asia Pacific region to launch crypto-funded Mastercard payment cards.

It's possible that the emergence of the omicron variant could create some temporary headwinds for Mastercard if businesses experience disruptions. However, this Buffett stock should be a big winner over the long run.

These stocks are bargains right now.
STOCKS・1 DAY AGO
The Motley Fool

3 Marijuana Stocks That Could Make You Richer

The marijuana industry is not one to be overlooked.
STOCKS・2 DAYS AGO
SPY

The new year is a time for setting goals, and there’s no better season to re-evaluate your budget, finances and investments than the beginning of a new trip around the sun. While cryptocurrency and NFT’s might sound like the hottest, trendiest place to put your money, the volatility and learning curve might be still too great to risk money you can’t afford to lose. That’s why we recommend turning to The Motley Fool for stock recommendations and taking advantage of their can’t-miss new year deal on Stock Advisor, an investment tool that averages 599%* returns. Through the end of January 2022,...
STOCKS・19 HOURS AGO

Despite lagging the market in the past year, these two tech companies boast historical returns any company would be proud of.
STOCKS・2 DAYS AGO
The Motley Fool

Some incredibly promising companies are trading at huge discounts.
STOCKS・1 DAY AGO

Income investors have a lot to like with these popular Robinhood stocks.
STOCKS・8 HOURS AGO
The Motley Fool

A sell-off is a good opportunity to buy shares of these three companies.
STOCKS・7 HOURS AGO
The Motley Fool

If the idea of buying crypto stresses you out, here's what to do.
STOCKS・1 DAY AGO

Putting money in these stocks could end up being a very wise decision.
STOCKS・2 DAYS AGO
The Motley Fool

Zynga adds another big growth catalyst for the next five years.
STOCKS・6 HOURS AGO
The Motley Fool

These two biotech stocks are set to report key clinical data later this year.
STOCKS・1 DAY AGO
The Motley Fool

Disney's Revenue Is Recovering. Is Its Stock Next?

With theme parks being back open, Disney is poised for a rebound.
STOCKS・6 HOURS AGO
The Motley Fool

Last year, the stock soared to nearly $4 a share. Can it get back to those highs?
STOCKS・8 HOURS AGO