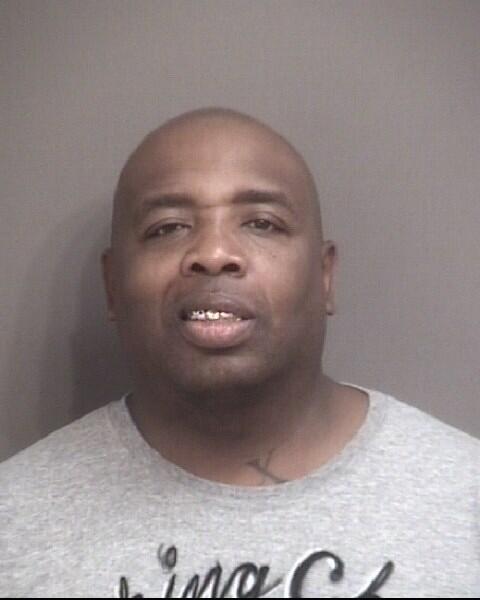 A downtown Columbia shooting suspect is now facing a federal charge of felon in possession of a firearm.

Christopher Michael Sledd is charged with assault, unlawful use of a firearm, armed criminal action and unlawful possession of a firearm in Boone County after a Nov. 6 shooting.

According to a probable cause statement , a bouncer said Sledd was mad because he couldn't get into The Gold Bar Club and then Sledd came back later and tried to come inside before pulling a gun out of his pocket and firing it into the air.

Sledd is being held without bond in the Boone County Jail. According to online documents, Sledd is considered a flight risk and a danger to the community.

Sledd has a preliminary hearing in Boone County on next Monday.

COLUMBIA, Mo. (KMIZ) Columbia police will resume traffic law enforcement after stopping it due to the coronavirus in 2020, according to Police Chief Geoff Jones. Under a special order, Columbia police were authorized to stop drivers only for hazardous moving violations and indicated for criminal investigation purposes. "The health emergency called for clear action to The post Columbia police to resume full enforcement of traffic laws appeared first on ABC17NEWS.
COLUMBIA, MO・1 DAY AGO
KMIZ ABC 17 News

MILLER COUNTY, Mo. (KMIZ) A St. Elizabeth man was killed on Monday afternoon after a crash in Miller County. According to the Missouri State Highway Patrol, the crash happened at 5:50 p.m. on Boeckman Bridge Road north of Pioneer Road. Troopers said Roger G. Heckemeyer, 61, drove a pickup truck off of the side of The post Man killed after crash in Miller County appeared first on ABC17NEWS.
MILLER COUNTY, MO・20 HOURS AGO
KMIZ ABC 17 News

Two dead after rollover crash on Highway 50 in Montieau County

MONITEAU COUNTY, Mo. (KMIZ) Two California, Missouri men are dead after a rollover crash on Highway 50 in Moniteau County early on Tuesday morning. The crash happened just after 12:05 a.m. about a half-mile west of Country Side Road. According to the Missouri State Highway Patrol, a driver drove a pickup truck off of the The post Two dead after rollover crash on Highway 50 in Montieau County appeared first on ABC17NEWS.
MONITEAU COUNTY, MO・21 HOURS AGO

COLUMBIA, Mo. (KMIZ) An 18-year-old accused of shooting and killing a man in northeast Columbia on Monday night says he didn't know the gun was loaded. Shawn Long admitted to police in an interview on Tuesday that he picked up the gun and pointed it at Roberto Lauer, 18, in a "playful manner" before it The post Columbia homicide suspect claims he didn’t know gun was loaded; pleads not guilty appeared first on ABC17NEWS.
COLUMBIA, MO・6 DAYS AGO
KMIZ ABC 17 News

COLUMBIA, Mo. (KMIZ) Around 9:30 a.m. on Saturday, the Columbia Fire Department was dispatched to 3101 Creasy Springs Road for a commercial structure fire. An employee of Boone Quarries call 911 and stated there was smoke coming from the top of a building on the east quarry entrance. The first unit arrived about five minutes The post Fire in Columbia causes $75,000 worth of damage appeared first on ABC17NEWS.
COLUMBIA, MO・3 DAYS AGO

OSAGE COUNTY, Mo. (KMIZ) UPDATE: Two people were killed following a head on collision in Osage County just after 4:00 p.m. on Friday. According to a Missouri State Highway Patrol crash report, the crash happened on US 50 after one vehicle attempted to make an improper pass while attempting to pass a tractor trailer. The The post Two fatalities reported after crash in Osage County appeared first on ABC17NEWS.
OSAGE COUNTY, MO・4 DAYS AGO
KMIZ ABC 17 News

State of Missouri reports no flu cases in Boone County

The Missouri State Health Department shows the start of a decline of influenza cases across the state for the second week. The post State of Missouri reports no flu cases in Boone County appeared first on ABC17NEWS.
BOONE COUNTY, MO・4 DAYS AGO
KMIZ ABC 17 News