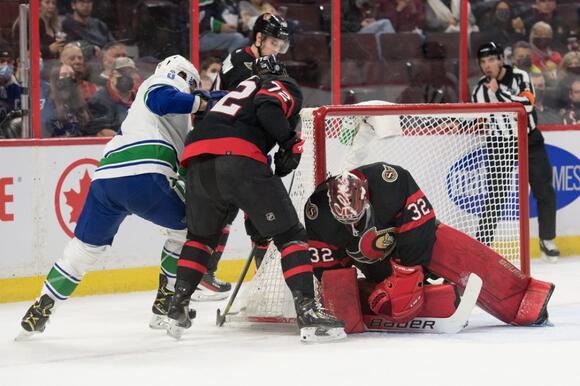 J.T. Miller scored a goal in a three-point game while Quinn Hughes collected four assists to lead the visiting Vancouver Canucks to a second straight win with a 6-2 victory over the Ottawa Senators on Wednesday.

Pearson started the visitors off and running 98 seconds into the game. Conor Garland eluded defenders deep in the offensive zone before passing to the front of the net to set up Pearson’s tap-in tally for his fourth goal of the season. Pearson has scored eight goals in his last 13 games versus the Senators.

Gaudette, who was drafted by the Canucks and started his career with them before moving on and being claimed via waivers from the Chicago Blackhawks this week, drew the Senators even with a power-play goal 10 minutes later. He scored his second goal of the season by one-timing a pass from Connor Brown into the back of the net.

Speaking of great passes, Garland was at it again on Motte’s tally 2:38 into the second period. After Kyle Burroughs created a turnover that led to a Motte’s denied chance, Garland grabbed the loose puck before spinning and passing across the crease for Motte to convert for his second tally of the season.

Schenn’s first goal of the season with 28.7 seconds left in the second period ended up the game winner, and Horvat’s tally four minutes into the third period, a top-shelf rocket from the high slot for his seventh goal of the season, extended the lead. 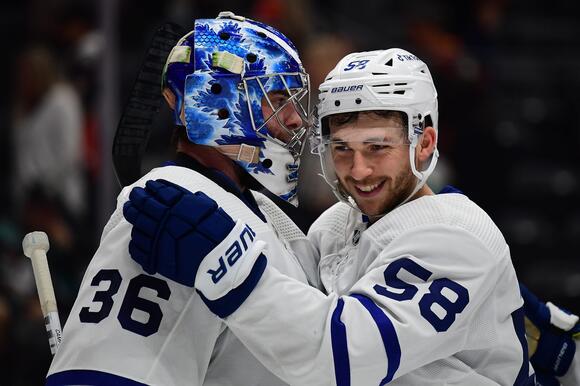 After Chiasson was on the spot for a rebound goal at 7:38 of the final frame, Tkachuk gave the hosts a second tally, but Miller went coast-to-coast for a power-play goal to round out the scoring.

Vegas Golden Knights forward and captain Mark Stone is out indefinitely after undergoing back surgery. Stone, 30, had the surgery
10 HOURS AGO
Sportsnaut

It is a three-on-three dream line for Saturday’s All-Star Game, and the Colorado Avalanche are represented by every piece. As
DENVER, CO・5 HOURS AGO