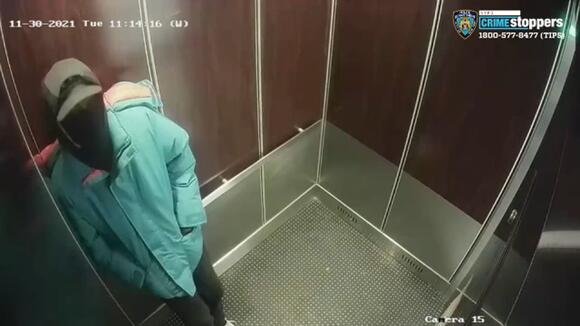 A man accused of pretending to be a Meals on Wheels delivery person is accused of robbing an 81-year-old woman in the Bronx. The incident happened Tuesday inside a building on East 167th Street and Intervale Avenue around 10:30 a.m.. Police say the man knocked on the woman's door and said he was with Meals on Wheels. When the victim opened the door, the suspect pushed his way inside the apartment. Police say he took her purse and $20. The elderly victim was not injured. The suspect was last seen wearing a black baseball cap, a black mask, a black hooded sweater, a turquoise and pink jacket, dark-colored pants and gray sneakers. Anyone with information is asked to call the NYPD's Crime Stoppers Hotline at 1-800-577-TIPS (8477) or for Spanish, 1-888-57-PISTA (74782). ALSO READ | 2 men impersonating NYPD officers rob home in the Bronx: New video

Police say the driver was parked in the Westchester Square section when someone walked up to his vehicle and shot him in the leg.
5 HOURS AGO
ABCNY

First, a car plowed through the outdoor seating area at Friducha Mexican Restaurant in Greenpoint, then two burglars broke in, stealing cash and causing more damage.
BROOKLYN, NY・1 DAY AGO

A college student from the Bronx has been indicted for selling 73 weapons and high-capacity magazines to an undercover NYPD officer.
BRONX, NY・2 DAYS AGO

Rawleigh Thompson was heading to church on Sunday when a man pushed him from behind onto the subway tracks at the Fulton Street Station, directly in front of an oncoming train.
NEW YORK CITY, NY・12 HOURS AGO
ABCNY

Detectives believe the victim was shot by a person in the other vehicle, which then fled the scene.
BRONX, NY・2 DAYS AGO

Hundreds of people came to the 32 Precinct on Wednesday night, packing 135th Street in Harlem and standing in the cold, to share the burden for a moment, of a pain that will last a lifetime.
NEW YORK CITY, NY・2 DAYS AGO
ABCNY

A mother and her new son reunited Wednesday with a Suffolk County police officer who, with the help of a paramedic, helped deliver and save the baby born on Christmas Eve.
SUFFOLK COUNTY, NY・2 DAYS AGO
ABCNY

Taylor Swift, a multiple Grammy winner with a fervent fan base, has been plagued by stalkers at her Tribeca home as well as homes she owns in California and Rhode Island.
NEW YORK CITY, NY・9 HOURS AGO