Stock market pullback, correction, crash: How to tell the difference 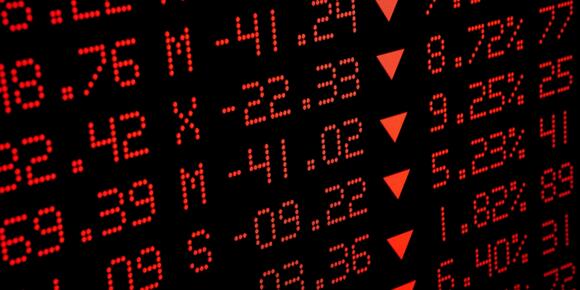 Dante had nine circles of hell in his Inferno, but stock investors have just three, each one progressively worse: a pullback, a correction and a crash. Other than the degree of pain they inflict, these market downdrafts have different characteristics.

Stocks, by their nature, suffer declines, although history shows they gain much more than they lose. Nonetheless, when a market slide materializes, investor fear and even panic, too. It helps to know what you are facing.

Sure, a pullback can morph into a correction and then cascade into a crash. Most times, though, the degree of the market fall is evident pretty early. One key difference among the three classes of market descents is how large the problems were that triggered the drops in the first place.

Pullbacks are dips of 5% to 10% from a recent market high, and are short-term, lasting a month on average and taking another month to retrace the losses, according to a Guggenheim Partners research paper. Pullbacks often result from news events that turn out to be of fleeting important. Look at the last one, in September. The S&P 500 sunk 5.2% amid congressional wrangling over the national debt ceiling, a kerfuffle that got resolved, at least for the moment.

Pullbacks are fairly common, with 84 of them happening since World War II, meaning about one or so per year, with an average loss of 7%.

Never miss a story about investing

Corrections are slides between 10% and 20, violent affairs with high volatility—rapid buying and selling as freaked-out investors unload their positions. These market falls tend to last four months, with an equal period to get back to where they were. Corrections usually have their roots in more serious concerns. The last one, in late 2018, when the index dove 19%, occurred as the US-China trade war intensified and interest rates mounted. The post-war corrections count is 29, with the market down an average 14%, Guggenheim says.

Because of their short duration, the year when corrections take place very often is positive overall. Since 1974, the S&P 500 has increased an average of around 8% one month after a market correction bottom and more than 24% one year later, the Schwab Center for Financial Research finds.

Crashes are downturns of more than 20%. They’re almost always the prelude to a recession. Financial casualties are fierce, as the 2008 demise of venerated Wall Street firm Lehman Brothers shows. Depending on their severity, crashes can last from 11 to 23 months and take up to a maximum five years to climb back. The market’s worst crash came in 1929, with the Dow Jones Industrial Average plunging 70% until its July 1932 trough. The damage was bad enough that the Dow took 25 years, until 1954, to return to its 1929 level.

Crashes typically are born of deep economic crises, often global in scope, such as the 2008 sub-prime mortgage debacle (the S&P 500 fell 57% then) or the pandemic shutdowns (off 34%). The intriguing epilogue to the 2020 crash was that the market recovered very rapidly, hitting new highs, thanks chiefly to a bounteous government stimulus. Since 1946, there have been 12 crashes, with average losses around 35%, and the market can take up to four years to recover.

Market debacles are as inevitable as heat waves. As long as you can afford to ride out the worst times, you can emerge intact or even ahead. After all, even Dante does eventually manage to escape from hell.

Stocks roar back with best day since June 2020

Never miss a story: Follow your favorite topics and authors to get a personalized email with the journalism that matters most to you. Stocks rallied at the end of a week marked by intense gyrations as strong earnings from Apple Inc. lured dip buyers, overshadowing fears that the Federal Reserve will have to act aggressively to thwart the fastest inflation since the 1980s.
STOCKS・16 HOURS AGO
Fortune

Never miss a story: Follow your favorite topics and authors to get a personalized email with the journalism that matters most to you. How the mighty hath fallen. Technology stocks, especially the biggest ones, have dominated the market for the past decade. But lately they have taken a pasting, thanks in part to worries around rising inflation and the omicron variant.
STOCKS・1 DAY AGO
Fortune

Stocks are on a historically lousy run. Here’s why it could get worse

Never miss a story: Follow your favorite topics and authors to get a personalized email with the journalism that matters most to you. A more hawkish Fed. Bearish investors. Dollar bulls. That combination is pushing the S&P 500 precariously close to correction territory, where it would join the floundering Nasdaq.
STOCKS・2 DAYS AGO
Markets Insider

Procter & Gamble just posted another great quarter and is around its all-time high. Clorox’s short-term problems give investors a deal on this Dividend Aristocrat. Kinder Morgan is a quality high-yield option to boost passive income. The euphoria that helped the S&P 500 double between 2019 and the end...
STOCKS・1 DAY AGO
The Motley Fool

Got $3,000? 5 Unstoppable Stocks to Buy as the Market Corrects Lower

2021 was a strong year for several Buffett stocks. While past performance doesn't guarantee future returns, some Buffett stocks could rally even higher. Warren Buffett is known as one of the world's greatest investors, having built a net worth of nearly $110 billion solely on the back of his investing prowess. Not surprisingly, investors in stock markets often try to emulate Buffett's investing strategy and buy stocks that belong in the portfolio of the legendary investor's company, Berkshire Hathaway (NYSE:BRK.A)(NYSE:BRK.B).
STOCKS・1 DAY AGO

The stock market tends to perform better amid rate hikes than some might guess. Here's what history shows, according to Dow Jones Market Data.
STOCKS・2 DAYS AGO
MarketWatch

When to listen to the stock market’s warning bell

The stock market sell-off won't find its bottom until these 5 things happen, according to Stifel

The stock market's volatile decline is likely to continue as Monday's recovery was a "head fake," according to Stifel. The firm expects the S&P 500 to fall to 4,200, representing potential downside of 5% from Monday's close. These are the five things that need to happen before the stock market...
STOCKS・3 DAYS AGO
The Motley Fool

It is still not too late to pick up Qualcomm and Pfizer.
STOCKS・3 DAYS AGO
MarketWatch

Stock-market selloff is so overdone, the bar is low for a positive Fed surprise, say JPMorgan analysts

The stock-market selloff is even more severe than it looks on the surface, setting a low bar for a positive surprise from the Fed, say analysts led by Dubravko Lakos-Bujas at JPMorgan.
STOCKS・2 DAYS AGO
Motley Fool

Microsoft's business is firing on all cylinders with great growth prospects in the metaverse and more. PayPal looks especially attractive at current valuations with the shift to digital payments gaining momentum. Pfizer offers something for growth, value, and income investors. Everyone has heard the mantra "buy low, sell high." For...
STOCKS・1 DAY AGO
The Motley Fool

As the stock market teeters, I'll be keeping an eye on these three stocks.
STOCKS・2 DAYS AGO
MarketWatch

2 of Wednesday's Big Stock Winners Could Have Further to Rise

Good news on a couple different fronts ran counter to the choppy action in the broader market.
STOCKS・2 DAYS AGO
MarketWatch

Inflation will hurt both stocks and bonds, so you need to rethink how you’ll hedge risks

A 60/40 portfolio will bring massive losses, so it's time to invest in something other than bonds to provide some safety and income, writes Nouriel Roubini.
BUSINESS・2 DAYS AGO
Motley Fool

Stock Market Correction: 2 Bulletproof Stocks That Will Still Be Standing After The Dip

The stock market is convulsing into a correction on fears of higher interest rates and inflation. Target is underrated as a growth stock thanks to a number of competitive advantages. Meta Platforms has a resilient digital ad business and is the leader in the emerging metaverse. All of a sudden,...
STOCKS・2 DAYS AGO