Page stands by health chief despite ouster vote by council 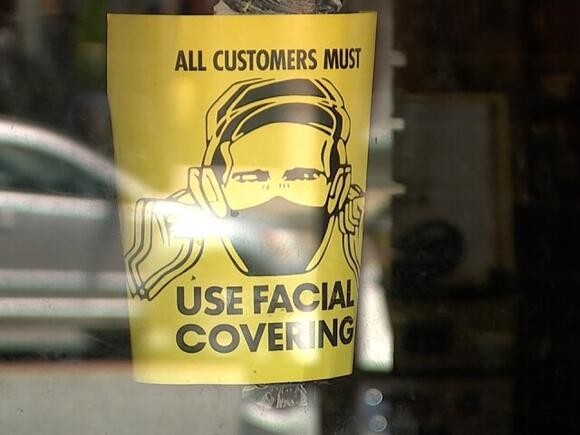 The St. Louis Post-Dispatch reports that the council on Tuesday voted 5-2 to adopt a nonbinding recommendation that Page reject the formal appointment for Khan to lead the health department.

The vote was the latest development in a political fight between Page and a council majority who have opposed public health orders issued by Khan in an effort to slow the spread of COVID-19.

SALT LAKE COUNTY— The 30-day mask mandate for Salt Lake County remains in place after a vote took place Thursday evening. The vote was at four to four in the meeting and came down to the vote of Council Chair, Laurie Stringham. “Do I think a mandate’s the best...
SALT LAKE COUNTY, UT・13 DAYS AGO
KUTV

Another step in the possible sale of the Butler Area Sewer Authority is planned for this week as Butler City Council will vote on a confidentiality agreement with Pennsylvania American Water. This vote is scheduled to take place at the Council meeting scheduled for Thursday at 7 p.m. at the...
BUTLER, PA・12 HOURS AGO

Chelsea’s loss will be the town of Reading’s gain, as public works commissioner Fidel Maltez prepares to take over as Reading Town Manager. At Monday night’s City Council meeting, Maltez was honored with a celebratory resolution highlighting and honoring his six years of service to Chelsea as assistant commissioner and commissioner of the public works department. Councillors and city officials praised Maltez for his dedication and skill as a leader both on the job and in the community.
READING, MA・18 HOURS AGO
KSHB 41 Action News

Missouri Republicans and business groups clashed during a Tuesday state House hearing over more than a dozen bills to limit COVID-19 vaccine mandates by employers.
MISSOURI STATE・2 DAYS AGO
WLOX

BILOXI, Miss. (WLOX) - A tax that was set to end this summer for Pascagoula residents, likely won’t be going away anytime soon. In 2017, a 2% restaurant tax went into effect in Pascagoula. A large portion of the money collected was to help pay for the bond on the city’s sports complex. In July, the time frame for the city to impose the tariff is slated to come to an end.
PASCAGOULA, MS・7 DAYS AGO
FOX6Now.com Milwaukee

MILWAUKEE - A citywide mask mandate could return to Milwaukee pending a vote from the Common Council scheduled for Tuesday, Jan. 18. Some Milwaukee establishments have signs on their doors, but the wording could change after Tuesday's Common Council vote on whether to bring back a citywide mask mandate to combat the rise of COVID-19 cases in Milwaukee.
MILWAUKEE, WI・10 DAYS AGO

Casting a vote: Council considering adjustment to its voting methods

Vote with your voice or with an electronic button? That was the question for the West Jordan City Council in a November study meeting with the majority interested in a combined approach. The inquiry came from Council Director Alan Anderson as the city prepared to implement a new agenda management...
WEST JORDAN, UT・14 DAYS AGO
KSHB 41 Action News

CHICAGO - In a rebuke to Mayor Lori Lightfoot, the City Council's Public Safety Committee has decided to not move forward with a vote on her pick to lead the Civilian Office of Police Accountability. Interim COPA chief Andrea Kersten came under fire last year after publishing a report recommending...
CHICAGO, IL・5 DAYS AGO

Bath is the latest Maine municipality to force a mask mandate. Last night, Jan. 19, Bath city councilors unanimously voted to require masks to be worn indoors. The ordinance will remain in place for at least 60 days.
BATH, ME・7 DAYS AGO
orangecountytribune.com

Baxter Fire Chief Matt White has been elected president of the Upper Cumberland Regional Council of Fire Chiefs. Fire departments and chiefs from across the region make up the organization that elects officers yearly. White said this will be his first time as president. “We’re trying to support some things...
CUMBERLAND COUNTY, TN・14 DAYS AGO
stardem.com

EASTON — Following an hour of fiery debate among members of the Talbot County Council, the council voted 3-2 to defer a vote on Resolution 308 — legislation that aims to rescind water and sewer approval for portions of the large-scale development Lakeside at Trappe. The resolution, which...
16 HOURS AGO
KSHB 41 Action News

On Thursday, the University of Kansas Health System spoke with their doctors who work to care for patients after they've died during their morning medical update. They said the recent COVID-19 surge has posed a challenge.
KANSAS CITY, MO・6 HOURS AGO
POLITICO

The agency will also allow some immunocompromised children as young as age 5 to get an additional dose.
CHICAGO, IL・23 HOURS AGO
Popular Science

Naval Medical Center San Diego administers monoclonal antibody (mAb) treatment to a COVID-19-positive patient. Specialist 3rd Class Harley Sarmiento/U.S. NavyHealth experts are supporting the FDA's decision to limit the use of two monoclonal antibody treatments after reports that they were ineffective against Omicron.
HEALTH・27 MINUTES AGO