A CEO who implemented a 4-day workweek in July says her company ‘will never go back.’ It boosted revenue and morale 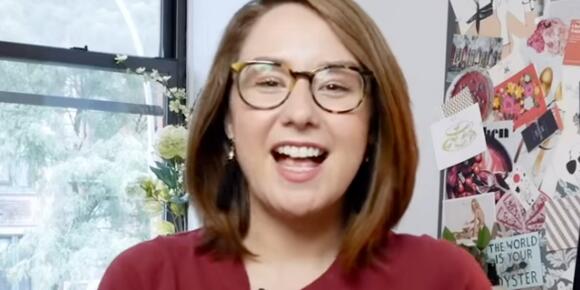 A 32-hour workweek, no pay cuts, and a regular three-day weekend?

It’s not a dream, it’s a reality, according to media CEO Chelsea Fagan, who says she’s been implementing four-day workweeks since July.

“Regular reminder that we switched to a 4-day workweek earlier this year and will never go back,” the founder of the Financial Diet wrote in a Nov. 23 tweet that got more than 7,000 likes. “Revenue increased, everyone’s happier, the same work gets done. And also three days is the minimum for a good weekend lol.”

Fagan did not respond to Fortune’s request for comment.

Her post came in response to a recent New York Times article describing the children’s clothing retailer Primary and its move to a four-day week in May of 2020. As an experiment, the company shaved off a Friday workday in response to pandemic-induced anxiety among employees, intending to prevent worker burnout, according to the Times. Primary said the longer weekend was working so well for its staff by December that the firm extended it.

A recent survey of more than 1,000 people conducted by a consulting firm found that 83% of U.S. workers believe a four-day workweek would ease burnout, and 53% report that they are experiencing burnout themselves.

Amid the Great Resignation, and in an effort to retain their employees, a flurry of other companies will try a shorter workweek in the new year, including Kickstarter and Microsoft Japan.

The idea of a four-day workweek seems to be catching on, but the concept of doing the same amount of work in less time has been around for years.

In Iceland, about 86% of workers currently have, or have the right to, shorter working hours, according to a report on Icelandic workers’ schedules published in June of this year. At the beginning of 2021, the Spanish government devoted $60 million to move some companies to a shorter working week model with no pay cuts.

The shorter week appears to have reduced stress for Icelandic workers. According to the report, which assessed two trials between 2015 and 2019 that studied over 1% of workers in Iceland, shortening workweeks by at least five hours offered people “greater well-being” and “a better cooperative spirit in the workplace” without interrupting productivity levels. In some cases, productivity improved.

The Financial Diet noted in a July LinkedIn post that its new schedule required staff to get more efficient with their meetings and their deadlines, and the company’s revenue increased during this period as well.

“I will not entertain anyone in my mentions whining about jobs that need constant coverage,” Fagan wrote on Twitter. “Cut executive pay and hire more people to cover more shifts. No one person needs to be working more than four days, and everyone deserves three days a week to vibe.”

I did something similar with our company over 20 years ago. I pay my employees for 40 hours salary. They have 4 ten hour days. When they complete their job for that day they can get off work earlier. Most employees work about 34 hours because of the incentive. They also can choose if they want Friday, Saturday and Sunday off or Saturday, Sunday and Monday off. This way we still cover a 5 day work week. Giving your employees 3 days off in row is the best way to keep a happy employee.

4 days ,8 hours a day is enough. Life is too short to work ass off and only have 104 days off a year. Family time is important bc life on this earth is too short !!!!! They need to lower the cost of living , so people can feel human again and not slaves !!!!!!

There’s a secret clue your employee is about to quit

Never miss a story: Follow your favorite topics and authors to get a personalized email with the journalism that matters most to you. Companies nationwide have been left scrambling as millions of workers have walked off the job in recent months. But there’s at least one sign that could help managers predict when an employee is looking to jump ship.
ECONOMY・4 DAYS AGO
Fortune

Never miss a story: Follow your favorite topics and authors to get a personalized email with the journalism that matters most to you. Shares in the pandemic-era cycling phenom Peloton took a steep downhill ride Thursday, after CNBC reported that the company was halting production of its fitness bicycles and treadmills following a crash in demand. Peloton’s Nasdaq shares closed down 24% on Thursday, at $24.22 each, erasing $2.5 billion from the company’s market cap.
INDUSTRY・3 DAYS AGO
Fortune

Bank of America’s CEO gets real about the labor shortage: ‘We don’t have enough people now’ and those who quit aren’t coming back

Never miss a story: Follow your favorite topics and authors to get a personalized email with the journalism that matters most to you. Like many business leaders these days, Bank of America CEO Brian Moynihan is feeling the impact of the Great Resignation at his company. That would be the record numbers of U.S. workers quitting their jobs—3% left their roles in September alone—creating headaches for businesses trying to keep positions filled.
BUSINESS・2 DAYS AGO
Slate

Companies Are Desperate for Workers. Why Aren’t They Doing the One Thing That Will Attract Them?

Few people are as knee-deep in our work-related anxieties and sticky office politics as Alison Green, who has been fielding workplace questions for a decade now on her website Ask a Manager. In Direct Report, she spotlights themes from her inbox that help explain the modern workplace and how we could be navigating it better.
ECONOMY・2 HOURS AGO

Chipotle's CEO Boosted Revenue by $2 Billion Using These 2 Simple Techniques. Any Business Can Use Them.

America loves a good redemption story. While you probably wouldn't think of Chipotle as a business in need of redemption, it was suffering a bit when CEO Brian Niccol took the helm in 2018. For many years, Chipotle was soaring -- adding 200 restaurants a year at one point --...
LIFESTYLE・1 DAY AGO
NBC San Diego

Peloton said its fiscal second-quarter revenue will be within its previously forecast range, as it takes actions to slash costs and improve profitability. However, the company added fewer subscribers in the latest period than it had expected. CEO John Foley said the company is focused on "identifying reductions in our...
FINANCIAL REPORTS・3 DAYS AGO
NBC Chicago

Airbnb CEO Brian Chesky said Friday that a post-pandemic future of decentralized living will be a boon to the company. "If I can do my job from a house in Atlanta, that means a lot of people could travel all over the world and live, not just travel," Chesky said.
TRAVEL・2 DAYS AGO
MarketWatch

Some customers are threatening to boycott the workwear company for mandating vaccines, while others praise the brand for protecting employees
BUSINESS・4 DAYS AGO

Are higher salaries a risk to the economy?

“On compensation, our philosophy remains to pay for performance, and we are committed to rewarding top talent in a competitive labor environment,” the investment bank’s CFO Denis Coleman said on Tuesday’s earnings call. Goldman released its Q4 2021 earnings report, which stated net revenues were $12.64 billion...
MARKETS・4 DAYS AGO
psychologytoday.com

Is It Time for the Four-Day Workweek?

The U.S. economy is currently beset by labor shortages and employee burnout. A recent survey shows a strong majority of employees feel adopting a four-day workweek would be a constructive move. Research indicates companies adopting a four-day week have improved productivity and reduced stress. Headlines over the past year have...
ECONOMY・3 DAYS AGO
Fortune

Amazon CEO Andy Jassy says Omicron ended a return to normal in 2022. ‘It’s not going to look like what it was before.’

Never miss a story: Follow your favorite topics and authors to get a personalized email with the journalism that matters most to you. Amazon CEO Andrew Jassy says that he believes people will go back into the office, but remote work will continue to be a part of our lives for the foreseeable future.
BUSINESS・2 DAYS AGO
New York Post

Embattled Peloton CEO John Foley denied the company is pausing production of its fitness equipment hours after reports detailed a manufacturing halt due to sagging demand. In a note to employees published Thursday night, Foley acknowledged that Peloton was “resetting our production levels for sustainable growth.” But he added that reports the company was “halting all production of bikes and Treads are false.”
BUSINESS・2 DAYS AGO
news8000.com

The CEO who fired 900 employees over Zoom is coming back

The CEO of Better.com, best known for firing 900 employees over Zoom just before Christmas, is coming back to work. Vishal Garg is returning to his “full-time duties” as CEO, according to a letter sent to employees Tuesday from the company’s board of directors. The letter noted that Garg used a leave of absence to “reflect on his leadership, reconnect with the values that make Better great and work closely with an executive coach.”
BUSINESS・4 DAYS AGO
Fortune

CEOs say the Great Resignation is their No. 1 concern

Fortune just ran a new CEO survey, conducted in partnership with Deloitte. We invited the top executive at Fortune 500 companies, Fortune Global 500 companies, and some members of our global Fortune community to participate. In total, 175 CEOs across the globe responded to the survey. Here's what these leaders...
BUSINESS・3 DAYS AGO
Fortune

Never miss a story: Follow your favorite topics and authors to get a personalized email with the journalism that matters most to you. Juggling spiking resignations, employee burnout, and the popularity of work-from-home policies put in place during the COVID-19 pandemic, a growing number of employers have begun to consider the idea of the four-day workweek—and companies from Unilever to Kickstarter are actively testing it.
HEALTH・4 DAYS AGO
Fortune

Never miss a story: Follow your favorite topics and authors to get a personalized email with the journalism that matters most to you. Last year, Activision Blizzard Inc. Chief Executive Officer Bobby Kotick received a 50% pay cut. This year, he’s up for a $375.3 million windfall. That’s the...
SANTA MONICA, CA・5 DAYS AGO
Fortune

Activision Blizzard is being acquired by Microsoft, but its troubled CEO will stay on

This is the web version of The Broadsheet, a daily newsletter for and about the world’s most powerful women. Sign up to get it delivered free to your inbox. Good morning, Broadsheet readers! Naomi Osaka is back in a Grand Slam, women in menopause may call it quits, and the Activision Blizzard saga continues. Have a great Tuesday.
TENNIS・5 DAYS AGO
Fortune

Never miss a story: Follow your favorite topics and authors to get a personalized email with the journalism that matters most to you. Coinbase made a splash earlier this week when it announced four "recharge weeks" for its employees in 2022. The move follows a busy year for the company,...
BUSINESS・6 DAYS AGO
Fortune

Why employees are leaving—and the culture that makes them stay

Never miss a story: Follow your favorite topics and authors to get a personalized email with the journalism that matters most to you. During November 2021 alone, 4.5 million people quit their jobs—the highest number on record. We're currently experiencing the greatest transformation the world of work has ever...
CAREER DEVELOPMENT & ADVICE・6 DAYS AGO
arcadia.edu

A Day in the Life: Internet Company CEO/Founder

B.com – Mumbai University. MBA – The Wharton School, University of Pennsylvania. My career has progressed on two tracks since I have individually pursued two separate entrepreneurial ventures, one in the tech industry and the second in the media industry. At 21, I took the plunge and co-founded...
GLENSIDE, PA・6 DAYS AGO