The topsy-turvy market action we've seen over the past week continued on Wednesday morning, with many market participants breathing a sigh of relief as stocks looked poised to climb and regain some of their losses from Tuesday. As of 9 a.m. ET, futures contracts on the Dow Jones Industrial Average (DJINDICES: ^DJI) were up 306 points to 34,763. S&P 500 (SNPINDEX: ^GSPC) futures gained 56 points to 4,622, and Nasdaq Composite (NASDAQINDEX: ^IXIC) futures were up 219 points to 16,369.

It's the first day of the month, and that means Chinese electric vehicle companies are reporting their latest delivery figures. Many investors in the high-growth space watch these numbers closely, and this morning, they're pretty happy with what they're seeing. Below, we'll show why Nio (NYSE: NIO) , XPeng (NYSE: XPEV) , and Li Auto (NASDAQ: LI) are all moving higher Wednesday morning. 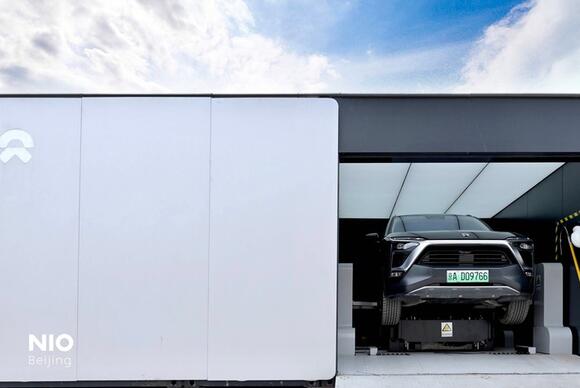 Nio picks up the pace

Shares of Nio were up 3.5% in premarket trading Wednesday morning, bouncing from Tuesday's losses . The EV maker's November delivery update featured another new record high along with impressive gains from year-ago levels.

All told, Nio has delivered a total of 156,581 of its vehicles since its inception. With a solid combination of five-seat and six- to seven-seat offerings, Nio has done a good job of capturing a key part of the market by focusing on SUVs.

Shares of XPeng were up 3% in premarket trading. The company out-delivered Nio and celebrated the release of a new vehicle line.

XPeng delivered 15,613 EVs during November, which was up 270% year over year. The 7,839 P7 sedans it shipped represented about half that total, but XPeng also saw early success with its newer launches. The G3i SUV launched in July delivered 5,546 vehicles, while the September launch of the P5 sedan resulted in 2,154 deliveries. That brought total deliveries in 2021 to 82,155, and lifetime EV deliveries hit 121,953.

Investors are looking forward to the release of the G9 SUV, which features advanced driver assistance as well as next-generation supercharging. Deliveries won't start until the second half of 2022, but along with advances in its charger network, XPeng is in a great position for future growth .

Leading the way higher in terms of stock price was Li , whose shares rose 5%. Its delivery figures were similarly impressive.

Li set a new monthly record, delivering 13,485 Li One vehicles in November. That was 190% higher than delivery counts in November 2020. That brought total deliveries for the year above the 76,400 mark, with total lifetime deliveries of just over 110,000.

Is your portfolio hitting the gas pedal?

Even shares of Tesla (NASDAQ: TSLA) are higher by about 1.5% this morning, although the U.S. company reports deliveries only on a quarterly basis. Nevertheless, with so much demand for EVs in China, it's clear that the transformation in the auto industry is proceeding apace. Shareholders who bet on that trend early on have been soundly rewarded.

Riding the Oracle of Omaha's coattails has long been a moneymaking strategy.
STOCKS・1 DAY AGO
The Motley Fool

Intraday volatility is back in a big way.
STOCKS・20 HOURS AGO
The Motley Fool

Is the market crashing? No. Here’s what’s happening to stocks, bonds as the Fed aims to end the days of easy money, analysts say

Americans are wondering what's amiss with Wall Street after steep declines in stocks and a surge in bond yields in recent weeks. Here's how to think about it.
STOCKS・1 DAY AGO

Why Nio And Alibaba Shares Are Falling Today

The market is on a downhill slide. What does that mean for your portfolio?
ALEXANDRIA, VA・1 DAY AGO

On a bumpy day for markets, shares of these financial stocks all saw some significant lows before battling back to cut their losses.
STOCKS・21 HOURS AGO
The Motley Fool

All three are innovators in their respective markets.
STOCKS・2 DAYS AGO
The Motley Fool

An analyst reports some encouraging trends with the company's business.
STOCKS・21 HOURS AGO
The Motley Fool

Tesla and Apple Will Make or Break the Nasdaq This Week

With the Nasdaq on the verge of bear market territory, investors will have their eyes on these two earnings reports.
STOCKS・22 HOURS AGO
The Motley Fool

After a 470% price rally, the recent dip might be a chance to buy Axcelis Technologies.
STOCKS・4 HOURS AGO
The Motley Fool

These 2 Nasdaq Stocks Are on the Rise Tuesday Morning

Markets look ready to resume their downturn, but earnings are lifting a couple of companies.
STOCKS・6 HOURS AGO
The Motley Fool

Value should be the name of the game in 2022.
STOCKS・1 DAY AGO
The Motley Fool

High growth is out of favor right now, and stocks in the EV sector are getting hit hard.
STOCKS・1 DAY AGO
The Motley Fool

4 Stocks Begging to Be Bought During the January Sell-Off

A stock market correction is the perfect opportunity to pick up these high-quality stocks at a discount.
STOCKS・9 HOURS AGO
24/7 Wall St.

Here's a look at how markets were shaping up for Monday's opening bell.
STOCKS・1 DAY AGO