In the face of broad stock market jitters, the best thing investors can do is take a long-term view. Over time, present-day noise matters less and market performance tends to smooth out.

After all, in the past 20 years alone, markets have recovered from the dot-com bust and the global financial crisis. Both of these events raised plenty of concern as they were occurring but now look like blips on any long-term markets chart . While we're still in the midst of the COVID-19 pandemic, there's very little reason to think it will be any different when we look back at this time a decade from now. 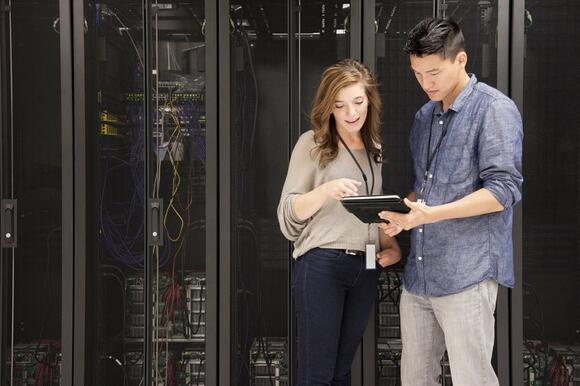 Keeping that in mind, here are two stocks set to reward patient investors with the potential for fivefold growth by 2030.

1. The case for DigitalOcean

DigitalOcean (NYSE: DOCN) is in the cloud computing business, an industry dominated by tech royalty, including Microsoft , with its Azure platform, and Amazon , with Amazon Web Services (AWS). But DigitalOcean's advantage is actually its smaller size, as it serves areas of the market that might be too niche for its behemoth competitors.

The company's focus is on simplicity. It's designed for small-scale applications run by users who might be less development savvy than the average AWS or Azure client (think start-ups, for example). Therefore, it places a heavy focus on competing on price and can be up to 56% cheaper than AWS, depending on product configuration. From a bandwidth perspective, pricing is as low as $0.01 per gigabyte, the cheapest in the industry.

For DigitalOcean's stock price to grow 400% by 2030, it would need to increase its revenue by 22.5% per year on a compounding basis -- assuming its current price-to-sales ratio remained constant. Since 2018, it has handily exceeded the mark.

Despite the strong performance over the past three years, revenue growth is expected to accelerate in 2022, based on early estimates by Wall Street analysts. DigitalOcean could deliver $562 million, which would represent an almost 32% increase compared with 2021.

And since the company is already profitable, it runs a much smaller risk of disruptions like dilutive capital raises going forward. Plus, the cloud computing industry is slated to far exceed $1 trillion in size by 2030, so DigitalOcean has a major revenue and earnings opportunity ahead of it. 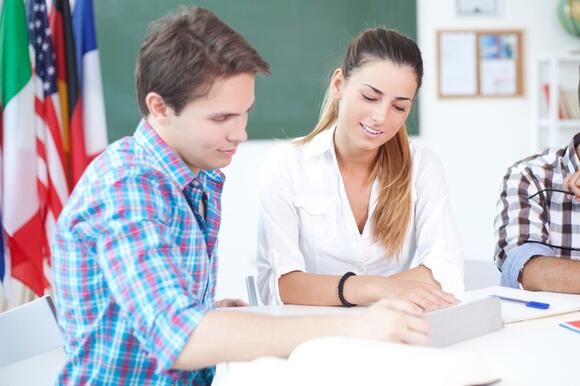 2. The case for Duolingo

Duolingo (NASDAQ: DUOL) is one of the world's leading language education providers. The company's success is derived from its smartphone-based approach, where it makes an interactive game out of its lessons.

The Duolingo app is currently the highest-grossing app in the entire education category in Alphabet 's Google Play store, and it's the second-highest in Apple 's App Store.

Despite already being downloaded 500 million times globally, Duolingo still has an enormous runway for growth. The company estimates there are up to 1.8 billion people learning a language worldwide at the moment, and the market for digital language learning could be worth up to $47 billion annually by 2025 -- with growth that's twice as fast as offline language learning methods.

And since the company started ramping up monetization in 2019 through subscriptions and in-app purchases, it's growing revenue at a rate that blows away the 22.5% it needs for its stock to grow fivefold by 2030.

Yet the most significant growth for Duolingo might be ahead of it . The company is paying particular focus to developing nations like India, where the app grew by 400% in 2020. By 2022, the company estimates 500 million people in India will have accessed the internet for the very first time, which materially increases Duolingo's addressable market.

This is a company in the very early stages of a promising growth phase, and it's a great bet to grow by multiples from here for investors with a long-term focus .

10 stocks we like better than Digitalocean Holdings, Inc.
When our award-winning analyst team has a stock tip, it can pay to listen. After all, the newsletter they have run for over a decade, Motley Fool Stock Advisor , has tripled the market.*

They just revealed what they believe are the ten best stocks for investors to buy right now… and Digitalocean Holdings, Inc. wasn't one of them! That's right -- they think these 10 stocks are even better buys.

Shiba Inu has fallen sharply, but there is still plenty of downside left.
STOCKS・2 HOURS AGO
Markets Insider

The crypto market is getting crushed due to mounting risk factors.
COMMODITIES & FUTURE・15 HOURS AGO
The Motley Fool

The e-commerce platform was on the receiving end of some negative commentary from Wall Street, but the news wasn't all bad.
STOCKS・17 HOURS AGO
The Motley Fool

Another volatile week has some altcoins screaming "uncle."
STOCKS・19 HOURS AGO

These companies wouldn't be worth a second look, even in a less volatile market.
STOCKS・2 HOURS AGO
The Motley Fool

E-commerce has made industrial one of the hottest real estate subsectors today.
REAL ESTATE・2 HOURS AGO
The Motley Fool

3 Unstoppable Investments Everyone Needs in Their Portfolios

Earnings and guidance send investors heading for the exits.
STOCKS・17 HOURS AGO
The Motley Fool

The growth potential for some of the famed stock picker's stocks are too big to ignore.
STOCKS・2 HOURS AGO
The Motley Fool

The company seems better off without Kyndryl. The CEO's chosen focus also appears to be paying off.
MARKETS・3 HOURS AGO
The Motley Fool

Got $3,000? 5 Unstoppable Stocks to Buy as the Market Corrects Lower

It's been more than a year since the Nasdaq Composite and S&P 500 endured this big of a pullback. Though corrections can be scary, they're the perfect time to put money to work in these unstoppable stocks. In case you've forgotten, stocks can go down just as easily as they...
STOCKS・3 HOURS AGO