2 Dead After Vehicle Crashes Into Dallas Building And Electric Pole 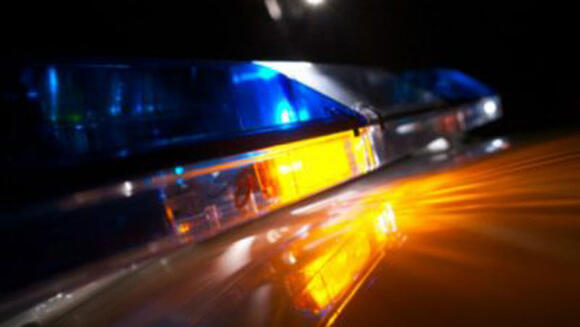 DALLAS (CBSDFW.COM) — Two people are dead after a car they were driving crashed into a building and a light pole in Dallas.

Officials said the driver of the gray 2015 BMW M4 lost control and collided with a building and electric pole at 1600 S Good Latimer.

Both occupants were pronounced dead at the scene by Dallas Fire-Rescue.

Police said next of kin has not been notified therefore their names have not yet been released.

CONWAY, S.C. (WBTW) — Two people were sent to the hospital Friday morning after a crash involving a utility pole, according to Horry County Fire Rescue. Around 6:04 a.m., crews were sent to the area of Highway 90 and Tilly Swamp Road for calls of an overturned vehicle blocking all lanes of traffic. Extrication operations […]
CONWAY, SC・5 DAYS AGO
CBS 17

At least 1 dead after crash involving 10 vehicles, wrong-way driver on I-40 in Guilford County

GUILFORD COUNTY, N.C. (WGHP) — At least one person died in a 10-vehicle crash on Interstate-40 in Guilford County, according to the North Carolina State Highway Patrol. Troopers said the crash started with a driver going the wrong way and was not weather-related. NCDOT reported that the incident started at 5:15 p.m. All westbound lanes […]
GUILFORD COUNTY, NC・6 DAYS AGO
CBS DFW

2 Dead In Dallas After Apparent Murder-Suicide

DALLAS (CBSDFW.COM) – A man and a woman are dead after a shooting in Dallas that police believe was a murder-suicide. At about 10:20 p.m. on Saturday, January 22, Dallas police officers responded to a shooting call at 6615 Glade Street. When they arrived, officers discovered a 66-year-old Latin man and a 63-year-old Latin woman who had been shot inside the home. Dallas Fire-Rescue responded to the scene and attempted to rescue the individuals who were shot, but both individuals succumbed to their injuries. Police investigators believe the shooting was a murder-suicide that was the result of domestic violence.
DALLAS, TX・3 DAYS AGO
NJ.com

An 18-year-old woman was killed in a crash on Route 1 in Edison after the car she was in struck a vacant building on Thursday, officials said. Diana Somarriba, of South Brunswick, was pronounced dead at a local hospital following the crash at 10:25 p.m. on the southbound side near Fox Road, the Middlesex County Prosecutor’s Office said Friday.
EDISON, NJ・5 DAYS AGO

GRANT COUNTY, Ky. — One person has died in a two-vehicle crash in Grant County Friday. According to Kentucky State Police, a 38-year-old man was driving his red Mazda 6 on Kentucky Highway 467 in the 6600 block of Warsaw Road at around 9:23 p.m. when he crossed the double yellow line into oncoming traffic and hit a grey and black Ford Focus.
GRANT COUNTY, KY・12 DAYS AGO
WBEN 930AM

A Henderson man is dead and two teenagers are in critical condition following a two-vehicle crash Friday evening in Smith County. According to the Texas Department of Public Safety, Clinton J. Andrews, 39, of Henderson, was pronounced dead at the scene after a crash on Highway 64. Two teen girls,...
HENDERSON, TX・11 DAYS AGO
WJW FOX 8 News Cleveland

Man killed after crashing into pole, being ejected from vehicle, Canton police report

A man was killed in a single-vehicle car crash in Canton Saturday night, police said.
CANTON, OH・10 DAYS AGO

Woman dead, 4 others hurt after two-vehicle crash on Katy Freeway feeder near Mason

HARRIS COUNTY, Texas — A woman died and four others were hospitalized Sunday after a two-vehicle crash on the Katy Freeway feeder at Mason Road. According to Harris County Sheriff Ed Gonzalez, a Dodge Ram pickup truck and a Dodge Charger collided at the intersection. The Dodge Ram then crashed into a signal light pole causing the bed and rear axle to detach and the main cab to roll over.
HARRIS COUNTY, TX・3 DAYS AGO
WESH

One dead after two-vehicle crash in Anderson County, troopers say

Driver Killed In Rollover On I-20 Exit Ramp In Arlington

ARLINGTON, Texas (CBSDFW.COM) – One person was killed in rollover on the exit ramp that leads from westbound I-20 to Green Oaks Boulevard in Arlington on Monday, Jan. 24. Arlington Police said shortly after 1:00 p.m., a 30-year-old woman lost control of her Jeep Wrangler as she was coming down the exit ramp and went off the roadway, causing the Jeep to roll. She was pronounced deceased at the scene. Investigators believe wet road conditions may have been a factor. They said the victim was not wearing a seatbelt. There were no other passengers in the Jeep.
ARLINGTON, TX・2 DAYS AGO

BUCKSPORT — One person is dead following a multi-vehicle crash involving a tractor-trailer on Route 15 on Tuesday. Sean Geagan, director of public safety for the town of Bucksport, said they got the call at approximately 3:45 p.m. “It involved three vehicles, a tractor-trailer truck and two passenger car...
BUCKSPORT, ME・8 DAYS AGO
FOX8 News

GREENSBORO, N.C. (WGHP) — A crash shut down Randleman Road in Greensboro, according to police. Tuesday morning, police responded to a reported crash that took down powerlines between Meadowview Road and Interstate 40. Officers say an SUV ran off the road and hit a utility pole. Investigators believe the crash was not weather-related. The road […]
GREENSBORO, NC・8 DAYS AGO
click orlando

OSCEOLA COUNTY, Fla. – A car was split in half Tuesday afternoon in a crash with a utility pole in Osceola County, officials said. The wreck was reported on U.S.192 near Fortune Road, east of Kissimmee. [TRENDING: National Florida Day: Learn more about the Sunshine State with this quiz...
OSCEOLA COUNTY, FL・1 DAY AGO
CBS Denver

ADAMS COUNTY, Colo. (CBS4) — Colorado State Patrol responded to a multi-vehicle crash on westbound I-76 near CO 224 on Wednesday morning. That crash kept the westbound lanes of the interstate closed for several hours. (credit: CBS) According to CSP, State Patrol responded to the call for the crash close to 6:50 a.m., where a semi-truck was found jackknifed in the median of the interstate at Dahlia Street, approaching 74th Avenue. At least two other vehicles were involved. CSP says it received reports of injuries in the crash, but the extent was unknown. (credit: CBS) The lanes on westbound I-76 were completely shut down until after 1 p.m. #I76 westbound: Roadway reopened to traffic between Exit 9 and Exit 8 – CO 224; 74th Avenue. https://t.co/Lvc2DZNPli — Colorado Department of Transportation (CDOT) (@ColoradoDOT) January 26, 2022 During the closure, traffic was moved past the crash on the shoulder of the roadway and drivers were advised to avoid the area and seek an alternate route.
ADAMS COUNTY, CO・8 HOURS AGO
fox26houston.com

HOUSTON - A Houston man has been charged in the deadly multi-vehicle crash in Northside on Monday night. Sergio Davila-Rodriguez is facing two counts of intoxication manslaughter. Houston Police say the 28-year-old, described as a Hispanic male, was driving a blue Dodge Ram pickup truck westbound in the 400 block...
HOUSTON, TX・14 DAYS AGO
wcti12.com

SNEADS FERRY, Onslow County — A Marine has been charged after he was driving a military vehicle that crashed and killed two other Marines Wednesday afternoon. State Troopers said that the accident happened on Hwy. 210 near Dixon High School around 1 p.m. Sergeant Devin Rich with the NCSHP...
SNEADS FERRY, NC・7 DAYS AGO
Texoma's Homepage

WICHITA FALLS (KFDX/KJTL) — Wichita Falls Police Department responded this morning to a vehicle that crashed into a building. The call came in around 11:25 a.m. and when officers arrived they found a White Toyota Highlander had crashed into the Hobby Lobby building, located between Mardel and Entertainment MART, on 2805 Southwest Parkway. It was […]
WICHITA FALLS, TX・9 DAYS AGO
wfxl.com

1 dead after single-vehicle accident in Valdosta

A 38-year-old man has died after a single car accident in Valdosta. Valdosta police say they responded to the accident on Lake Laurie Drive just before 12:45 a.m. on January 15. Officers reported find a vehicle that appeared to have lost control and flipped over. The driver, Tejas Patel, was...
VALDOSTA, GA・8 DAYS AGO