Ben Affleck says his relationship with Jennifer Lopez is ‘beautiful’ 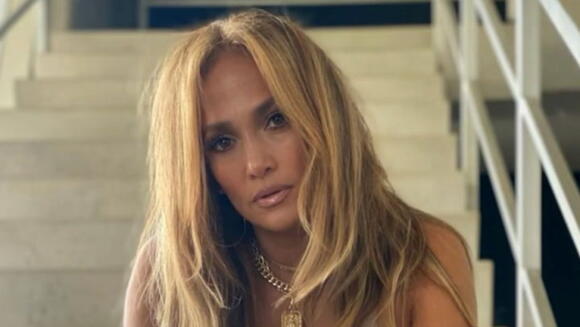 Ben Affleck has talked about his relationship with Jennifer Lopez , describing it as “beautiful”.

In June, the pair – who were one of Hollywood’s most high-profile couples in the 2000s – confirmed rumours that they were dating once more, after being pictured sharing a kiss while on holiday in Malibu.

The news greatly excited fans, many of whom joked that “2002 is back” now that the actor and the singer were seeing each other again.

When asked about their relationship in a new interview with The Wall Street Journal , Affleck was hesitant to go into detail.

He said: “You can write conjecture about it, but one of the harder lessons that I have learned is that it’s not wise to share everything with the world. There are some things which are private and intimate and have meaning in terms of their intimacy by dint of the fact that they’re not shared with the rest of the world.”

Affleck added: “I can say that it’s definitely beautiful to me. And, you know, one of the things I really value across all facets of my life now is that it was handled in a way that reflected that.

“My life now reflects not just the person that I want to be, but the person that I really feel like I am – which is not perfect, but somebody who tries very hard and cares very much about being honest and authentic and accountable.”

He continued: “It’s hard to say who benefits more, without going into gossipy detail. I could just say that I feel great about being very healthy. And it is a good story. It’s a great story. And, you know, maybe one day I’ll tell it. I’ll write it all out. And then I’ll light it on fire.”

Just months before reuniting with Affleck, Lopez had broken off her engagement from Alex Rodriguez, while Affleck had recently split from his girlfriend, Ana de Armas.

You can read a full timeline of the history of the pair’s relationship here .

It's over. when they start talking in the past tense that's a major sign and saying those good things about each other is another sign. Major sign...no more paparazzi outings dressed up and snuggling. Noticed both had bad movie premieres.

who really cares...bed hopping. Was probably a "public stunt" anyway. Jlo has gone too low. Ben you messed up a beautiful partnership with your Ex...yet she still helps you when you fall...both you folks need to stay out of the news...who cares?

Yea, so is mine. My wife and and I have been hanging out for 50 years and married for 48. Let's see of their together next year then we'll have a party.

Jennifer Lopez and Ben Affleck have allegedly called it quits. In its Jan. 10 issue, Woman’s Day claimed that Lopez was forced to end her relationship with Affleck following the backlash she received for supporting the actor.
CELEBRITIES・11 DAYS AGO
Entertainment Times

Ben Affleck is allegedly very thrilled to have his future mother-in-law, Guadalupe Rodriguez at home. In its Jan. 10 issue, Star claimed that Jennifer Lopez’s mom recently moved in with her and Affleck.
CELEBRITIES・14 DAYS AGO
Business Times

Ben Affleck and Jennifer Lopez continue to make the headlines these past few months. After rekindling their romance earlier this year, rumors and speculations have since followed them around.
CELEBRITIES・14 DAYS AGO
Yardbarker

Ben Affleck reflects on meeting Jennifer Lopez on 'Gigli': 'Really meaningful to me in my life'

Martin Brest's 2003 romantic crime comedy Gigli was not received well, to say the least, and isn't necessarily remembered fondly by the general public. Ben Affleck will always be thankful for the movie, however, as it introduced him to Jennifer Lopez—and ushered "Bennifer" into pop culture forever. "I thought...
CELEBRITIES・6 DAYS AGO

Is Jennifer Lopez laying down the law with Ben Affleck? One tabloid claims Lopez has established a series of “relationship rules” she’s forcing Affleck to follow. Here’s the latest gossip about Bennifer 2.0.
CELEBRITIES・12 DAYS AGO
HollywoodLife

Jennifer Garner enjoyed some bonding time with son Samuel, while her ex Ben Affleck revealed why the viral ‘Sad Affleck’ meme was ‘tough’ for their three kids. Jennifer Garner and Ben Affleck are the ultimate co-parenting champs, as it is certainly obvious that they both care deeply for their children. The Alias alum, 49, treated their youngest kid, son Samuel, 9, to a fun lunch date on January 8, while the Deep Waters star, 49, revealed he was worried how the viral “Sad Affleck” meme would affect the brood, including daughters Violet, 15, Seraphina, 12.
CELEBRITIES・8 DAYS AGO
Elle

Ben Affleck and Jennifer Lopez did indeed spend Christmas day together, People reports. The outlet was told by a source that Affleck spent Christmas Eve in Los Angeles with his three children with ex-wife Jennifer Garner, 16-year-old Violet, 12-year-old Seraphina, and 9-year-old Samuel. Christmas day, Lopez and Affleck were together...with both their families.
CELEBRITIES・13 DAYS AGO
The Independent

Ben Affleck has shared an insight into what it’s like to “share Jennifer Lopez’s life” in a new interview.In June, the pair – who were one of Hollywood’s most high-profile couples in the 2000s – confirmed rumours that they were dating once more, after being pictured sharing a kiss while on holiday in Malibu.The news greatly excited fans, many of whom joked that “2002 is back” now that the actor and the singer were seeing each other again.Affleck has previously been hesitant to discuss his relationship with Lopez in interviews, but in a new, wide-ranging chat with the Los...
CELEBRITIES・10 DAYS AGO

#The Wall Street Journal
Us Weekly

Supportive girlfriend! As Jennifer Lopez and Ben Affleck’s rekindled romance has continued to heat up, she couldn’t resist praising his acting chops. “This is adorable from The Tender Bar,” the “On My Way” songstress, 52, gushed while opening a PR box from the Prime Video movie on Friday, January 7. “Oh. A little note to me on what the movie’s based on, all this stuff from the movie in here. Cute.”
CELEBRITIES・9 DAYS AGO
Harper's Bazaar

On New Year's Eve, Jennifer Lopez and Ben Affleck stepped out with her daughter Emme, walking through the streets of Los Angeles in matching black and navy for a casual family date. Lopez was wearing a belt-cinched blue jacket with a black leather collar paired with light jeans and lace-up boots featuring high heels. Beside her, Affleck wore a black blazer over a button-down navy shirt and a pair of darker jeans, plus brown leather boots.
LOS ANGELES, CA・14 DAYS AGO
enstarz.com

Ben Affleck might say "I do" again soon. Affleck became a more grown-up man after his divorce from Jennifer Garner, and he revealed several shocking truths during his recent interview. The "Justice League" star recently talked with Los Angeles Times, where he revealed the biggest changes in his life as...
CELEBRITIES・10 DAYS AGO
People

Ben Affleck and Jennifer Lopez celebrated the holidays surrounded by family. The actor, 49, spent time with his children — daughters Violet, 16, and Seraphina, 12, and son Samuel, 9, whom he shares with ex-wife Jennifer Garner — on Christmas Eve in Los Angeles, a source tells PEOPLE.
CELEBRITIES・14 DAYS AGO

Ben Affleck is totally OK with Snoop Dogg messing up his name. The rapper, 50, made a boo-boo last month during the reading of the Golden Globes nominations when he mispronounced Affleck’s name. When Snoop announced the Oscar winner’s name for Best Supporting Actor nominee for his drama “The...
CELEBRITIES・11 DAYS AGO
Elle

Jennifer Lopez and Ben Affleck will mark their one-year anniversary in May, but even seven months into being back together, Lopez has made Affleck a genuinely better man. Entertainment Tonight spoke to a source about how being with Lopez again has brought out the best in Affleck. While the couple...
CELEBRITIES・6 DAYS AGO
EW.com

There are few bombs more infamous than Gigli. "If the reaction to Gigli hadn't happened, I probably wouldn't have ultimately decided, 'I don't really have any other avenue but to direct movies,' which has turned out to be the real love of my professional life," Ben Affleck tells Matt Damon in EW's current cover story. "So in those ways, it's a gift. And I did get to meet Jennifer [Lopez], the relationship with whom has been really meaningful to me in my life."
CELEBRITIES・6 DAYS AGO
HollywoodLife

J.Lo rocked her Sunday best with a front slit white skirt and sky high booties as she headed into the Hotel Bel-Air for lunch with her twins. Emme Muniz, 13, is owning cool girl style these days. Jennifer Lopez‘s daughter once again showed her love for all things ’90s as she stepped out in a pair of loose fitting dark denim overalls on Monday, Jan. 17. She was headed with her mom, 52, into the famed Hotel Bel-Air for lunch, along with her twin brother Max, also 13.
BEAUTY & FASHION・13 HOURS AGO
Miami Herald

Ben Affleck and Jennifer Garner: The Way They Were

What once was. Ben Affleck and Jennifer Garner had one of Hollywood’s longest enduring love stories before they eventually called it quits after 10 years of marriage. The Argo director and the 13 Going on 30 star met in 2001, sparking a romance after Affleck and then-fiancée Jennifer Lopez ended their engagement. After a whirlwind relationship, Affleck and the West Virginia native wed in June 2005, six months before welcoming daughter Violet. Daughter Seraphina and son Samuel arrived in 2009 and 2012, respectively, and the actors announced their separation in June 2015.
CELEBRITIES・5 DAYS AGO
EW.com

Ben Affleck, at the top of his game

It's one of those endless blue-haze days in Los Angeles, and Ben Affleck is leaning back on the diving board of a borrowed Bel Air estate to catch the sun, his long torso arced like a bell curve. For a moment it seems like he might actually fall in, bringing a precariously perched photographer and several yards of creamy, expensive-looking knitwear with him. But his balance is better than it looks: Affleck, 49, has walked the plank many times before, and tumbled from greater heights than this. He's also climbed back up again, a story of outsize stardom and second chances played out in the public eye for nearly three decades now.
CELEBRITIES・6 DAYS AGO
Miami Herald

Everything Ben Affleck and Jennifer Lopez Have Said About Their Romance

Alexa, play “Dear Ben” from Jennifer Lopez’s 2002 album, This Is Me … Then. Lopez and Ben Affleck were first linked in the early 2000s, with the Grammy nominee confirming their engagement to Diane Sawyer in November 2002. “It’s just a blanket, a quilt of rose...
CELEBRITIES・5 DAYS AGO
hotnewhiphop.com

Ben Affleck says his portrayal in the media has made him concerned about his kids' worrying about his mental health. Affleck discussed his mental health struggles in a new interview with the Los Angeles Times. Affleck explains that he had difficulty dealing with his media image during the early 2000s,...
CELEBRITIES・9 DAYS AGO