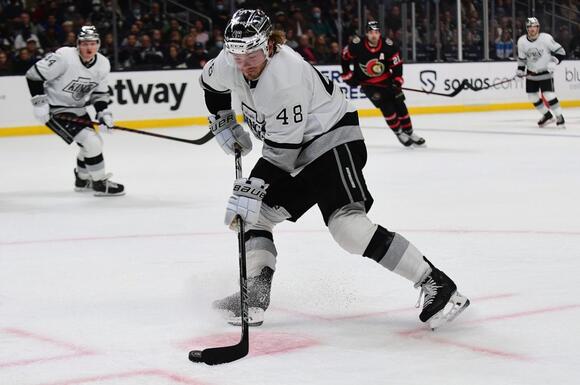 After Tkachuk showed officials the bite and blood on his hand, Lemieux received a match penalty and was ejected. The NHL offered him an in-person hearing with the Department of Player Safety, which signals a suspension longer than five games is being considered.

“While on the ice, Lemieux, feeling Tkachuk’s hands on his face as they wrestle, bites Tkachuk on his bare left hand and does so with a substantial amount of force,” a Department of Player Safety official said in a video explanation.

The official said Lemieux argued that Tkachuk’s wound could have occurred by punching Lemieux in the tooth with sufficient force to puncture the skin. 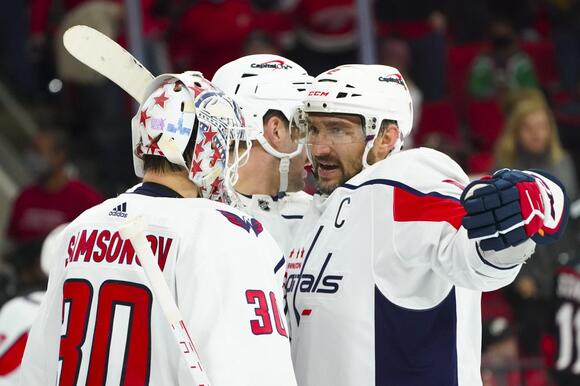 “The video evidence does not support this version of events,” the official said.

Lemieux had a prior history of discipline that the department took under consideration. He previously was suspended for two games in November 2018 for an illegal check to the head of then-Florida Panthers forward Vincent Trocheck. In July 2020, Lemieux was suspended for two games for an illegal check that injured Colorado Avalanche forward Joonas Donskoi.

Tkachuk called Lemieux out after the game for his behavior.

“It’s outrageous,” Tkachuk said, per the Ottawa Sun. “Kids don’t even do that (bite) anymore. Babies do that. I don’t even know what he was thinking. He’s just a complete brick head. He’s got nothing up there. Bad guy, bad player, but what a joke he is.”

The Kings were scheduled to play the Anaheim Ducks on Tuesday night. Lemieux will be sidelined until a Dec. 11 contest against the Minnesota Wild. 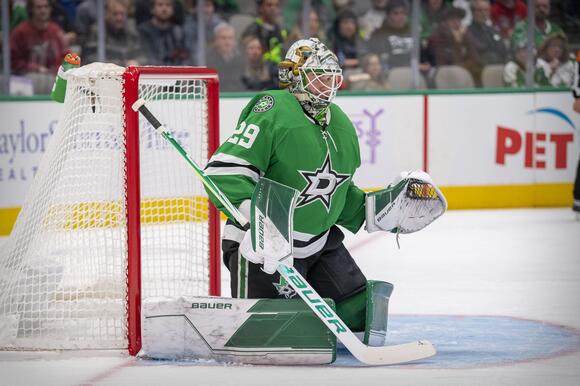 The NHL season officially started back on October 12. In this article, we track all the NHL games today as
NFL・20 HOURS AGO
Sportsnaut

Now that the 2021-22 season is about half of the way through, and Covid is ravaging many clubs, it’s time
NHL・13 HOURS AGO
USA TODAY

P.K. Subban said he felt accountability to call out recent racist actions in hockey because he has established a platform to inspire better behavior.
NHL・1 DAY AGO

This past week, the Boston Bruins honored Willie O’Ree by retiring his No. 22 and lifting it high into the TD Garden rafters. But that is not enough. O’Ree was The post Minton: The NHL needs to retire Bruins legend Willie O’Ree’s number appeared first on Itemlive.
NHL・1 DAY AGO
Sportsnaut

Vegas Golden Knights winger Reilly Smith is one of the hottest names leading up to the NHL trade deadline. With
NHL・1 DAY AGO
93.7 The Fan

He said it initially it was a head-shot and after having time to watch it, Pens head coach Mike Sullivan questions why the league won’t punish the hit on Teddy Blueger
NHL・15 HOURS AGO
Sportsnaut

If you’re looking for fantasy hockey tips for the games ahead, you have come to the right place. As the
NHL・16 HOURS AGO

BOSTON (CBS) — The Bruins will be a little shorthanded along the blue line as they wrap up a seven-game homestand. Defenseman Matt Grzelcyk will be sidelined on Monday night when the B’s welcome the Anaheim Ducks to TD Garden. Grzelcyk briefly left Saturday’s win over the Jets after being sent into the boards by Winnipeg’s Pierre-Luc Duboius in the first period. He did return to the game and finished with 13:35 of ice time, and was credited with an assist on David Pastrnak’s game-winning goal in the third period. Head coach Bruce Cassidy was cautiously optimistic that Grzelcyk avoided a serious...
NHL・1 DAY AGO
Blueshirt Banter

After a day of rest following a win over the lowly Arizona Coyotes, the Blueshirts are back in action tonight. Two weeks after getting thumped by the Los Angeles Kings out on the west coast, it’ll be yet another rematch of the 2014 Stanley Cup Finals on tap. The 3-1 score wasn’t indicative of how Gerard Gallant’s squad played during the previous meeting of these two teams, so look for a better effort out of his team tonight.
NHL・1 DAY AGO

Phillip Danault has elevated his game with the Los Angeles Kings

The Los Angeles Kings are having a great season. After going through a rebuild the past few seasons they seem to be getting back on the map as a playoff contender in the Pacific Division, and it really did not take too long. One reason for the quick turnaround has to be Phillip Danault.
NHL・13 HOURS AGO
San Diego Union-Tribune

Justin Faulk had a goal and an assist and the St. Louis Blues beat the undermanned Vancouver Canucks 3-1
NHL・2 DAYS AGO
KXRM

Ryan Pulock has now missed 22 games and counting with a lower body injury, but if there’s a silver lining to his absence, Peter Schwartz writes that it’s the emergence of Robin Salo and Noah Dobson.
NHL・1 DAY AGO
93.7 The Fan

It’s the worst team in the Western Conference & even though they’ve played better of late, can the Pens keep their focus tonight against Phil Kessel and mates
NHL・10 HOURS AGO
Sportsnaut

Sebastian Aho scored with 1:11 left in overtime to give the Carolina Hurricanes a 4-3 victory over the visiting Vegas
NHL・5 HOURS AGO