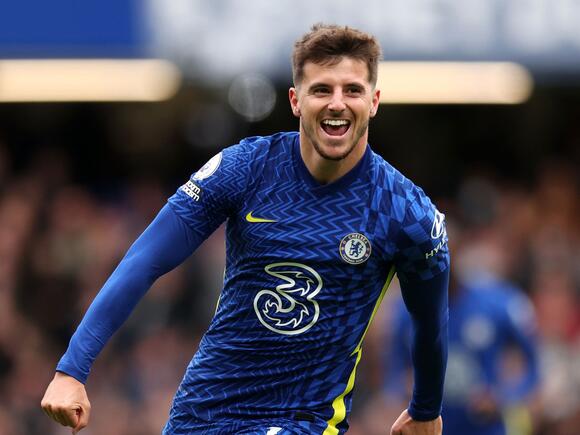 Chelsea are taking on Watford this evening at Vicarage Road as the Blues aim to maintain their spot at the top of the table.

All three of the title race contenders are in action tonight and all three face testing away trips: second-place Manchester City travel to Steven Gerrard’s rejuvenated Aston Villa, while Liverpool face a Merseyside derby with Everton at Goodison Park.

Chelsea’s fixture is on paper the easiest of the three, but Watford have shown promise recently under Claudio Ranieri, particularly going forwards with the threats of Emmanuel Dennis, Ismaila Sarr and Josh King are proving a handful for any side.

Watford remain fragile defensively, however, and conceded four goals against Leicester City on the weekend.

Watford vs Chelsea is tonight, Wednesday 1 December, with kick-off at 7.30pm GMT.

How to watch Watford vs Chelsea

The match will broadcast on Amazon Prime Video. Subscribers can watch via the APV app on their TV, laptop, tablet or phone.

A membership costs £7.99 per month and can be cancelled at any time.

New subscribers will be able to watch all the matches for free due to Amazon’s 30-day trial, which can also be cancelled at any time.

Chelsea should have too much for a Watford side nursing some injuries and out form in defensive terms at least. Watford 1-3 Chelsea.

Watford have confirmed forward Ismaila Sarr has officially joined up with Senegal ahead of their Africa Cup of Nations quarter-final against Equatorial Guinea.Sarr has been out of action since suffering a knee injury in the Hornets’ Premier League victory over Manchester United on November 20.The 23-year-old’s fitness ahead of the tournament in Cameroon had been the subject of a club-versus-country row between Watford and the Senegalese Football Federation.Ultimately it was mutually agreed that Sarr would travel to Barcelona for treatment.After making good progress, the player has linked up with his country this week and could now be involved on Sunday.A tweet from Watford read: “Ismaila Sarr has joined up with #TeamSenegal ahead of their #AFCON2021 quarter-final. We wish Ismaila a safe and successful time with his national team.”
PREMIER LEAGUE・2 HOURS AGO
The Independent

Anthony Martial’s departure from Manchester United, on loan to Sevilla, has not come as a surprise to many - and certainly not to Rio Ferdinand.The former Monaco forward has been a bit-part player for the Premier League team for some time, featuring just eight times in the Premier League this season and scoring only once in all competitions for the Red Devils.He arrived with a big reputation and price tag and initially excited supporters, but inconsistent showings and being overshadowed by the likes of Marcus Rashford have left him on the fringes of the club, managing fewer than 400 minutes...
PREMIER LEAGUE・2 DAYS AGO
The Independent

What the papers sayTottenham’s Dele Alli is being watched closely by a number of Premier League teams, according to the Daily Mail. Brighton are reportedly joining Newcastle Burnley and Everton in the chase to sign the 25-year-old midfielder. And the Daily Echo adds that Southampton have expressed an interest too.The Mail also reports Newcastle have made an offer of roughly £30million for Lyon midfielder Bruno Guimaraes. The 24-year-old has been targeted by Arsenal and Juventus, but is yet to see offers from those clubs. The Magpies’ offer would make him their second-most expensive signing if successful.Tottenham have had a...
PREMIER LEAGUE・2 DAYS AGO
The Independent

Jesse Lingard's proposed loan move to Newcastle United is on the verge of collapsing following an impasse in negotiations with Manchester United.The two clubs are understood to have failed to reach an agreement over a loan fee for Lingard, who is eager to secure a move away from Old Trafford this month.The 29-year-old's United contract is set to expire at the end of the season and he has seen his first-team opportunities limited under interim manager Ralf Rangnick.Relegation-threatened Newcastle saw an initial bid for Lingard rejected last week and, despite talks continuing, have failed to settle on a fee with...
PREMIER LEAGUE・2 DAYS AGO

Thomas Frank has accepted an £8,000 fine after his red card following Brentford’s 2-1 Premier League loss to Wolves on Saturday.The Bees boss was dismissed after final whistle by Peter Bankes after confronting the referee on the Brentford Community Stadium pitch.Frank has now accepted the FA charge of improper behaviour towards the match official due to his overzealous remonstrations.Brentford have now suffered six defeats in their last seven top-flight matches after a fine start to their maiden Premier League campaign.“Brentford FC head coach Thomas Frank has accepted a Football Association fine,” read a Brentford statement.“Thomas was charged with a breach...
PREMIER LEAGUE・2 HOURS AGO
The Independent

Acun Ilicali joked he was a “crazy owner” as the man dubbed Turkey’s Simon Cowell outlined his ambitions for Hull following his recent takeover of the Championship club.Apathy had set in around the East Yorkshire club under the Allam family’s divisive ownership, but this month’s much-anticipated sale to the Turkish businessman has brought renewed hope.Ilicali has thrown himself straight into life at Hull and one of his first acts was ending Grant McCann’s two-and-a-half-year spell in charge and installing ex-Rangers striker Shota Arveladze as head coach.The Georgian was unveiled on Friday alongside Ilicali, who owns production companies and TV channels...
PREMIER LEAGUE・2 HOURS AGO

Kyle Walker has been banned for Manchester City’s next three Champions League matches for a foul deemed by UEFA as “assault”.The European governing body has announced the City right-back will serve an extended punishment for his straight red card in the final group game against RB Leipzig last month.The England international will now miss both legs of the upcoming last-16 tie against Sporting Lisbon.Walker was dismissed with eight minutes of City’s 2-1 defeat at the RB Arena remaining for needlessly kicking the legs of Leipzig forward Andre Silva from behind.A sending-off carries an automatic one-match ban but that has been...
UEFA・2 HOURS AGO