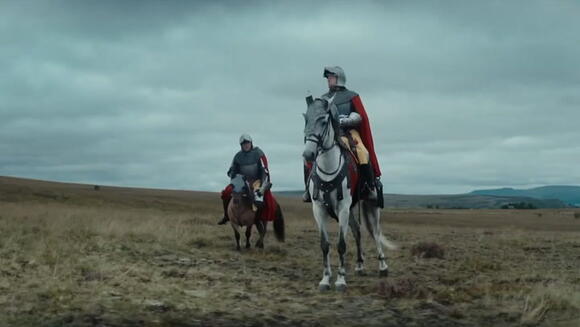 Coronation Street star Simon Gregson has revealed he hated the early fame he experienced as a young actor on the popular soap.

Gregson is one of Corrie’s longest-serving star s, having played Steve McDonald on the ITV show for more than three decades.

However, in tonight’s (30 November) episode of I’m a Celebrity... Get Me Out of Here , the 47-year-old revealed that he did not enjoy his first experience of the spotlight.

“It was really negative, getting beaten up, spat at,” he told his fellow campmates. “It was shocking.”

Gregson joined Coronation Street in 1989 after auditioning while at school in Stockport . During the Nineties, he regularly made headlines for various traffic offences and problems with drugs and alcohol.

Speaking to The Mirror in 2014, he said: “Me and my mates would get dangerously drunk. We were really stupid. I went completely wild. I’d pay for everyone to stay in hotel suites. I’d go through a bottle of Scotch at 4 or 5am after the pub. I was spending all my salary going out or on cars.

“Sometimes I’d be two hours late for work. Other times I’d not be there at all. I didn’t take it seriously and I didn’t want to be there. I hated being famous. I’m not proud of my behaviour, but getting wasted was a way of forgetting.”

I’m a Celebrity airs each night on ITV at 9pm. See the full list of contestants here .

Coronation Street has had real-life family members acting alongside each other before, but the latest siblings to walk the Cobbles are Jack James Ryan and his big sister Rebecca Ryan. Jack is returning as bad lad potentially turning good Jacob Hay, with Corrie producer Iain MacLeod revealing that he's "trying...
CELEBRITIES・10 DAYS AGO
digitalspy.com

EastEnders icon Adam Woodyatt has admitted that he doesn't miss playing Ian Beale, as the actor is currently having "a fantastic time" away from Walford. Adam, who appeared in the latest series of I'm a Celebrity... Get Me Out of Here! has offered a fairly non-committal update about his future on EastEnders, telling yesterday's (January 9) Sunday Brunch that the timing "has to got to be right" if his character ever returns.
CELEBRITIES・10 DAYS AGO
digitalspy.com

Coronation Street spoilers follow. Faye Windass and Emma Brooker will reach panic mode next week when Craig Tinker comes across the late Ted's crutch. In New Year's scenes, the former accidentally knocked the old man over whilst she was driving Emma home from a party; he assured the pair he was fine, but when they checked in on him at his flat, they found poor Ted deceased.
TV & VIDEOS・15 DAYS AGO

Coronation Street star Jack P Shepherd has opened up about testing positive for COVID-19. Jack – who plays David Platt – revealed he'd been away from work in the latest episode of the Sofa Cinema Club podcast, which he hosts alongside co-stars Colson Smith and Ben Price. As...
PUBLIC HEALTH・6 DAYS AGO
digitalspy.com

Coronation Street spoilers follow. Coronation Street hinted at trouble on the way for Zeedan and Alya Nazir tonight (January 10) as their lies begin to unravel. Following the death of Hashim (Vincent Ebrahim), the two brothers have been grappling with guilt over using the man's laundered money to put Speed Daal back in business.
TV & VIDEOS・9 DAYS AGO
arcamax.com

Megan, 35 - who has Noah, nine, Bodhi, seven, and Journey, five, with her ex-husband Brian Austin Green - loved the proposal and "thought it was beautiful and perfect". The insider told People: "She is excited to get married." The loved-up duo first started dating in May 2020 after meeting...
CELEBRITIES・7 DAYS AGO
Radar Online.com

Jordan Cashmyer's mysterious death came just four months after her fiancé and baby daddy's sudden passing. Michael Schaffer died months before. The 16 & Pregnant star's family confirmed her death over the weekend. Article continues below advertisement. Jordan's cause of death has not been determined. She was only 26...
HOMELESS・2 DAYS AGO

#Coronation Street#Celebrity#Pub#Alcohol#Itv#Scotch
The US Sun

HANNIBAL Rising star Gaspard Ulliel has died after suffering a serious head injury in a horror skiing accident in the Alps. The 37-year-old model and actor was rushed to hospital in a serious condition after the incident in the La Rosière ski resort in the Savoie region on Tuesday.
CELEBRITIES・1 DAY AGO
Newsweek

Claudia Jordan Airs Out Porsha Williams and Her Fiancé: ‘You Are Messing Up a Bag’

Claudia Jordan is the latest celebrity to weigh in on Porsha Williams’ drama. Social media lit Porsha up after they witnessed her physically assaulting her ex-fiancé, Dennis McKinley, during an episode of her Bravo spinoff, “Porsha Family Matters.”. The “Out Loud With Claudia Jordan” host says that...
CELEBRITIES・1 DAY AGO
Reality Tea

More Bravo babies in 2022! There’s no doubt that there was a bravo baby boom in 2021 but how about this year? Shahs of Sunset star Lilly Ghalichi is here to kick things off. As reported by Us Weekly, Lilly is pregnant with her second child with husband Dara Mir. Lilly made the announcement by posting […] The post Former Shahs Of Sunset Star Lilly Ghalichi Is Pregnant With Second Child appeared first on Reality Tea.
CELEBRITIES・2 DAYS AGO

When Bold & Beautiful’s Brooke Loses Ridge — Yes, Again — She Won’t Have Taylor to Blame But [Spoiler]

She just can’t seem to learn her lesson. Well, Deacon’s done it again. After their holiday kiss, he professed his love for Brooke and was rewarded with a warning to stay the hell away. It didn’t really work out the way he planned. In fact, it seems to have done quite the opposite, leading Brooke to recommit to saving her marriage! Which is a relief, if she actually follows through, because that whole Deacon situation has been driving us crazy!
CELEBRITIES・1 DAY AGO
The Independent

Woman reveals she was spray-tanned on her front six times like Ross in Friends: ‘That episode was a warning’

A woman has amused her followers after revealing that the infamous episode from Friends where Ross is spray-tanned multiple times on his front “can happen in real life”.In the iconic episode, David Schwimmer’s character attempts to get a spray tan, but accidentally sprays his front twice after counting to five in Mississippi. After realising his mistake, he attempts the spray tan booth again, at which point he again ends up spraying his front twice.In a recent TikTok, a woman named Eleanor, who goes by the username @eleanorkishere, revealed that the unfortunate mishap isn’t just a sitcom plot, as it actually...
TV & VIDEOS・1 DAY AGO
Bossip

If you care about rich people’s problems, a businessman is posting proof that he dished out big bucks on a brand new Rolls Royce for his fiancée. Porsha Williams’ fiancé Simon Guobadia is reacting to rumors that he shadily swiped a previous present from his ex-wife and gave it to the former housewife.
CELEBRITIES・17 HOURS AGO
Hello Magazine

Carrie Underwood delighted fans with a sneak peek at family life and a photo of her oldest son shows he's just like his dad. The country music star shares her boys, Isaiah, six, and Jacob, two, with ice-hockey star, Mike Fisher, and she gave a glimpse at their idyllic life in Tennessee on Instagram.
FAMILY RELATIONSHIPS・1 DAY AGO
The Guardian

Presenter Ranvir Singh pulls many threads together. Plus Rules of the Game. Here’s what to watch this evening
CELEBRITIES・2 DAYS AGO
Popculture

Meri Brown is 51! The Sister Wives star celebrated her 51st birthday on Sunday, and she did so without Kody Brown at her side. In an empowering Instagram post marking the special occasion, the TLC star appeared to snub her spiritual husband as she applauded her personal growth and looked ahead to the next year.
CELEBRITIES・2 DAYS AGO
TVLine

French actor Gaspard Ulliel, who will next be seen in Disney+’s upcoming Moon Knight series, has died at age 37 following a ski accident, according to French news agency AFP. Ulliel had reportedly been hospitalized on Tuesday after colliding with another skier in the Savoie region of the Alps, but ultimately succumbed to a significant head injury. TVLine has reached out to Ulliel’s representatives for additional details. The actor will appear in Moon Knight as villain Anton Mogart aka Midnight Man. The six-episode series premieres Wednesday, March 30; as of early October, Moon Knight had completed its filming in Budapest, and was...
CELEBRITIES・1 DAY AGO
Deadline

How I Met Your Father‘s premiere episode ended with a tribute to Bob Saget, who served as narrator in How I Met Your Mother. The title card reads: In loving memory of Bob Saget. The actor was found unresponsive in his hotel room in Orlando, Florida on Jan. 9, and was later pronounced dead on the scene. Saget was in Central Florida as part of his latest stand-up comedy tour. His cause of death is still under investigation. Although Saget is mostly known for portraying Danny Tanner in Full House and later the Netflix revival, Fuller House, his voice played a big role...
ORLANDO, FL・1 DAY AGO