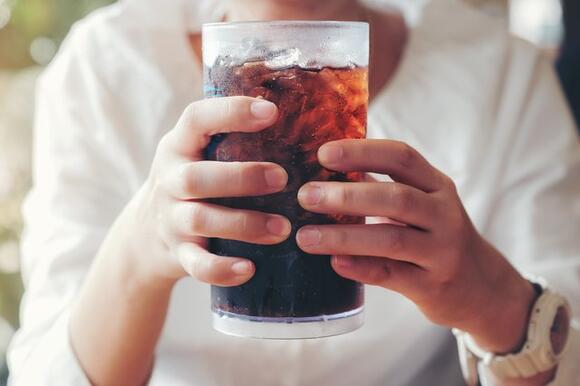 Phosphoric acid is colorless, odorless and has many uses in our food supply — it actually might be listed as an ingredient on the label of one of your favorite snacks or drinks.

Phosphoric acid can be used to leaven baked goods, add a sharp flavor to beverages, increase the shelflife of sweet drinks and food or maintain the structure and hydration of processed meat and seafood, according to an August 2017 review in ​ Comprehensive Reviews in Food Science and Food Safety. ​

It's also included in fertilizers, bonding agents, soaps and detergents, used to make rust-proof paint among many other uses, according to the Australian Government's National Pollutant Inventory .

On a food's ingredient list, you might see several types of phosphates listed in combination with other minerals. Phosphoric acid is just one form of phosphorus, an essential mineral that helps make up our bones, teeth and DNA, per the National Institutes of Health (NIH). Phosphorus is naturally found in many foods, including dairy, meat, seafood, some nuts, fruits, vegetables and grains.

The U.S. Food and Drug Administration (FDA) lists phosphoric acid as generally recognized as safe (GRAS). By itself, phosphoric acid is safe, but eating an excess amount of processed foods that contain phosphate additives can lead to getting too much phosphorus, which can be dangerous for your health.

Below, find the top foods high in phosphoric acid. People with chronic kidney disease should limit their intake of these foods because studies have shown that high phosphate levels are linked to an increased risk of mortality or disease progression, per the NIH.

Coke, Pepsi and many other dark soft drinks use phosphoric acid for their sharp flavor and to extend shelf life. Clear soda usually uses citric acid for a similar taste and skips the phosphorus, so it's a better choice for people looking to limit how much phosphorus they eat or drink.

While most health organizations recommend avoiding soft drinks to limit added sugars, even diet soda has health concerns, especially when it comes to your teeth. Even though diet soft drinks (like Coke Zero) are sugar-free, they still contain phosphoric acid and are acidic.

The acidity and sugar from soft drinks create an acid attack on your teeth, which can last 20 minutes after every sip, per the Mississippi State Department of Health .

While milk naturally contains phosphorus, phosphoric acid is often added to milk or juice-based drinks that use whey for added protein.

Because phosphoric acid is a strong acid, it's commonly used to change the pH of a beverage using whey, which is a strong base, per the United States Dairy Export Council .

A baked good recipe usually calls for baking soda or baking powder in order to leaven the final product. Baking powder is the combination of baking soda and two different acids, one of which is a salt of phosphoric acid.

When the phosphoric acid salt is combined with water, it begins the leavening process, according to North Carolina State University . The second acid adds additional leavening once the product is heated, making baking powder a "double-acting" leavening agent. 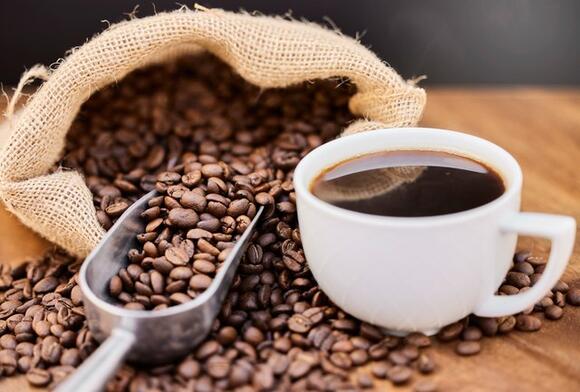 Coffee has many different acids including acetic, formic, malic, lactic, quinic, chlorogenic and phosphoric acid, per a June 2019 article in ​ Scientific Reports ​. Acid types and levels depend on a number of factors, including the type of coffee.

After looking at 10 different varieties of Arabica and Robusta coffees, researchers found that Arabica beans contained less phosphoric acid than Robusta beans, per an October 2017 study in the ​ Journal of Environmental Science, Toxicology and Food Technology ​.

Phosphoric acid and its salts are added to processed meat for a few different reasons: Phosphoric acid acts as a stabilizer and an antioxidant to help maintain texture and limit spoiling, according to a June 2021 article in ​ Foods ​ .

Various cheeses, cream-based dressings and other dairy products often have phosphoric acid or another acid added to them. Adding an acid to dairy products helps with coagulation.

Using phosphoric acid results in a firmer, harder cheese than other types of acid, per a March 2015 study in the ​ Journal of Food Science and Technology . ​

7 Foods to Eat When You're Craving Sugar

There are many foods that stop sugar cravings to choose from. Eating more protein and drinking more water can help curb sugar cravings, as can chewing gum.
HEALTH・15 DAYS AGO
LIVESTRONG.com

What Is the DASH Diet and How Does It Help Lower Blood Pressure?

The DASH diet is a low-sodium eating plan meant to help lower blood pressure. Here's how it works, what foods to eat and a one-day meal plan to get started.
DIETS・17 DAYS AGO
LIVESTRONG.com

There are so many health benefits of cruciferous vegetables. Studies have linked this group of veggies to a lower risk of heart disease, cancer and diabetes.
CANCER・14 DAYS AGO
themanual.com

11 Foods High In Vitamin B12 to Keep You Energized

Although there are many causes of fatigue, depression, and anemia, including an inadequate intake of iron, a deficiency in vitamin B12 may also be to blame. Vitamin B12, or cobalamin, is a part of the vitamin B complex and is required for energy production in cells, brain function, and the production of DNA and proteins. While short-term deficiency can be troubling enough, particularly in terms of potentially debilitating fatigue, long-term deficiency can cause permanent damage to the central nervous system.
NUTRITION・12 DAYS AGO

When we’re speaking about chronic kidney disease, we have to realize and accept that repairing the damage that has already been done to the kidneys is impossible. However, those suffering from it can be able of living long lives without being very affected. There are plenty of symptoms that...
DISEASES & TREATMENTS・11 DAYS AGO
Knowridge Science Report

These common foods may help you lower high blood pressure

In a study published in Hypertension Queen’s University researchers found flavonoid-rich foods, including berries, apples, pears and wine, appear to have a positive effect on blood pressure levels. Flavonoids are compounds found naturally in fruits, vegetables and plant-based foods such as tea, chocolate and wine. Flavonoids are broken down...
HEALTH・13 DAYS AGO
kiss951.com

Foods That Cause Kidney Stones

People tend to think that kidney stones come from drinking too much soda, but surprisingly they can also come from foods that you eat. When people talk about kidney stones you think that it’s one type of kidney stone when actually there are four different types of stones. Calcium stones are the most common type of stones. The others are Struvite stones, Uric acid stones, and Cystine stones, this type of stone is very rare. Some stones can be dissolved with medication, while others require surgery to be removed from being stuck in your urethra tube during the passing stage.
DISEASES & TREATMENTS・10 DAYS AGO
Knowridge Science Report

Chronic kidney disease is one of the most common complications of diabetes. Kidney damage may begin 10 to 15 years after diabetes starts. As damage gets worse, the kidneys become worse at cleansing the blood. If the damage gets bad enough, the kidneys can stop working. Kidney damage can’t be reversed.
DISEASES & TREATMENTS・9 DAYS AGO

Diabetic retinopathy is a diabetes complication that affects the eyes. It’s caused by damage to the blood vessels of the light-sensitive tissue at the back of the eye (retina). At first, diabetic retinopathy might cause no symptoms or only mild vision problems. But it can lead to blindness. The...
DISEASES & TREATMENTS・2 DAYS AGO
shefinds

Cholesterol is a substance found in your blood that is necessary for building healthy cells. However, when too much of the waxy substance accumulates in your blood, it can cause a number of negative effects spurred on by the blood’s inability to pass through your veins efficiently, known as high cholesterol. High cholesterol puts you at risk of a number of serious health problems, including heart attacks and strokes.
NUTRITION・4 DAYS AGO
NBC 29 News

CHARLOTTESVILLE, Va. (WVIR) - Research from the University of Virginia suggests a link between high blood pressure medicine and kidney disease. The research suggests renin cells adapt and create smooth muscle cells that prevent blood from flowing to the kidneys. “We found that this problem appears in mice and rats,...
CHARLOTTESVILLE, VA・5 DAYS AGO
Knowridge Science Report

Diabetic kidney disease is a serious complication of type 1 diabetes and types 2 diabetes. In the United States, about 1 in 3 people living with diabetes have this health problem. Diabetes affects the kidneys’ ability to do their usual work of removing waste products and extra fluid from your...
FITNESS・5 DAYS AGO
earth.com

Fast food diets that include processed junk food like burgers and chicken nuggets are known to contribute to obesity, diabetes, and heart disease worldwide. Now, a new study from the Francis Crick Institute reveals that fast food consumption is also associated with a rise in autoimmune diseases. According to an...
HEALTH・5 DAYS AGO
themanual.com

The Foods High in Saturated Fat but One May Surprise You

Saturated fats are fats that are solid at room temperature because all the carbon molecules are connected by double bonds. Butter, for example, is high in saturated fats, whereas an oil like olive oil contains unsaturated fats, which is why it is liquid at room temperature. Diets high in saturated fat have long been associated with increasing “bad” LDL cholesterol and increasing the risk of heart disease, cardiovascular disease, and certain inflammatory conditions. However, there is also newer evidence potentially debunking this thinking, as some studies show that certain saturated fats, such as those found in coconut, can actually lower cholesterol levels and reduce the risk of cardiovascular disease.
NUTRITION・13 DAYS AGO
themanual.com

11 Foods High in Selenium You Should Be Eating

You’re probably relatively familiar with essential minerals like calcium, iron, and maybe even zinc, but unless you’re a nutrition guru, you may not have much familiarity with selenium. Selenium is an essential trace mineral, which means that your body cannot manufacture it internally — you must consume it. That said, the Daily Value of selenium for adults is much less than for minerals like calcium or potassium, at 55μg (micrograms).
NUTRITION・14 DAYS AGO
Madison365

Phytic acid is an important phytate found in many beans, grains, legumes, seeds and nuts. It stores phosphorus that’s released for use by the seedling once the seed sprouts. Some foods that can be particularly high in phytic acid include almonds, walnuts, rice bran, wheat bran, peanuts and sesame seeds.
NUTRITION・5 DAYS AGO
Medscape News

Can You Live With Stage I Kidney Disease?

There is no cure for chronic kidney disease (CKD), and in most cases, kidney damage cannot be reversed. But it is possible to halt the kidney damage at Stage I with diet modification and supportive treatment. The patient with Stage I kidney disease has mild kidney damage with a glomerular...
DISEASES & TREATMENTS・7 DAYS AGO
shefinds

The Worst Foods To Eat If You Have Sagging Skin, According To A Dermatologist

Aging is a natural and expected process, but if you want to do it gracefully it’s crucial to have a healthy and balanced diet. If you’re noticing undesired wrinkles and sagging skin, foods that boost collagen paired with a consistent, dermatologist-approved skincare routine can make your skin appear more vibrant.
SKIN CARE・7 DAYS AGO