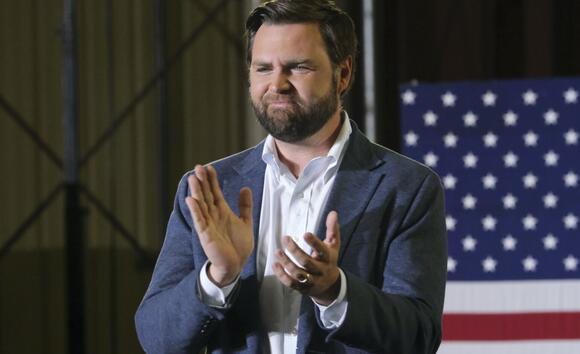 A growing chorus of conservatives is demanding that Senate Republicans shut down the government if President Joe Biden refuses to scrap the federal coronavirus vaccine mandate.

Such a gambit has proven to be political kryptonite, failing repeatedly under Democratic and Republican presidents and leaving the party in Congress that tried it battered and beaten. But history is not stopping conservative activists, lawmakers, and 2022 candidates opposed to the COVID-19 vaccine mandate from urging Republicans in the Senate to force a politically risky government shutdown just before Christmas in a long-shot attempt to derail a major component of Biden’s strategy to defeat the coronavirus.

“Between now and Christmas, the debt limit will be reached and all appropriations for federal spending will expire,” Rep. Thomas Massie, a Kentucky Republican, tweeted. “It takes 60 votes in the Senate to fund Biden’s agenda which includes FIVE different vaccine mandates. There are only 50 Democrats in the Senate.”

Rep. Chip Roy followed Massie’s declaration with a more explicit challenge for House and Senate Republicans, although with the GOP a minority in both chambers of Congress, only Senate Republicans are positioned to pull the trigger on a government shutdown. “Will they fund government that forces vax mandates ... Or will they fight?” the Texas Republican tweeted. “The choice will draw lines for 2022.”

The majority of Senate Republicans are expected to resist such calls.

Senate Minority Leader Mitch McConnell opposes shutting down the government as a strategy to effect policy, believing the tactic legislatively ineffective and politically counterproductive. The Kentucky Republican is unlikely to view a shutdown to block Biden’s vaccine mandate any differently than he has past efforts, the Washington Examiner confirmed Tuesday, rendering the proposal dead on arrival. Democrats control a 50-seat “majority” and need 10 GOP votes to overcome a filibuster and pass any government funding bill.

The federal government is on track to run out of money on Saturday unless lawmakers act. Senate Majority Leader Chuck Schumer is asking for Republican cooperation on a short-term extension to fund Washington into next year that could pass the House and arrive in the chamber for consideration as early as Wednesday. “If Republicans choose obstruction, there will be a shutdown entirely because of their own dysfunction,” the New York Democrat said.

In exchange for the votes Schumer is asking for, many conservatives are coalescing around the idea of Republicans extracting an end to the federal coronavirus vaccine mandate that Biden implemented in September. This approach is beginning to pick up steam outside of Washington among GOP congressional candidates running in competitive primaries. Why? The answer is simple, party strategists say. The issue is potent with Republican voters — more so than elected officials inside the Beltway realize.

“Instead of giving [Democrats] a bipartisan flag to wave, we should shut down the government until the vaccine mandate ends,” J.D. Vance, a Republican Senate contender in Ohio, said during a recent candidate forum. Vance is urging GOP leaders in the Senate to hold up government funding, saying they should block an increase in the debt ceiling, which could prevent the United States from paying its bills and send the nation’s credit rating tumbling.

Of course, channeling the desires of the Republican base is a win-win for Vance in the crowded and competitive Ohio GOP Senate primary: Grassroots conservatives will give him credit for proposing the fight, and anything that goes wrong politically if Republican leaders follow his advice will redound not to Vance and candidates like him but to incumbent GOP lawmakers in Washington.

“So much of what elected Republicans miss is that our voters understand political realities more than people think,” a GOP strategist who advises insurgent candidates said. “They don’t always expect you to win the fight, but they expect you to fight the fight.”

In September, Biden implemented a constitutionally questionable coronavirus vaccine mandate via executive order. The move, intended to increase vaccination rates as skepticism about the shot persists in certain communities amid the threat of new COVID-19 variants, is enforced through the Occupational Safety and Health Administration. Under the plan, the federal agency essentially forces businesses with 100 or more employees to require their workers to get vaccinated or test for the virus weekly.

McConnell swiftly signed on to a legislative proposal to rescind the mandate under the Congressional Review Act that is being spearheaded by Sen. Mike Braun, an Indiana Republican.

The process empowers Congress to quash administration rules, regulations, and executive orders, with the majority party in the Senate unable to block a floor vote. But absent the support of majorities in the House and Senate, unlikely with Democrats in charge, this GOP effort is going nowhere. Even on the off chance it passes, Biden would veto it, preserving the vaccine mandate and extinguishing the GOP countermeasure (sufficient votes to override a veto are unlikely.)

But especially with the political winds driving Republicans toward big gains in next year’s midterm elections, experienced GOP strategists who have lived through previous government shutdowns are applauding McConnell’s prudence. Nothing productive can come, they insist, from engaging in a politically damaging fight for the sake of catharsis. “It’s a clever gimmick but unlikely to change the minds of Democrats who run Washington,” said a Republican strategist who advises GOP senators.

Do it! Shut it down. Make them get rid of the mandates, save american lives and lively hoods, not to mention keeping our entire nation running.

impeach Biden administration! I'm watching a few people fight for there life after vaccine! that new world order they want so bad is on way!

Do it ,NOW!!! We the People of the United States,are totally fed up with the Communist agenda!!! Republicans, Consertives say too much already!!!

Neither of Donald Trump's impeachment trials led to his conviction, which would have prevented him from returning to the White House. Rep. Jamie Raskin has another idea on how to bar the former president.
POTUS・13 HOURS AGO
Business Insider

"Things are not going well," Romney said Sunday of President Joe Biden's tenure. "And the president needs to stop and reset."
PRESIDENTIAL ELECTION・1 DAY AGO

The U.S. Senate's only Black Republican is putting forth what he characterizes as a positive response to partisan rhetoric on race that he's best-positioned to rebut
PRESIDENTIAL ELECTION・18 HOURS AGO
Daily Mail

Florida Lieutenant Governor Jeanette Nuñez took aim at President Joe Biden on Sunday, claiming his 'disastrous' policies are driving Hispanic voters out of the Democratic Party. She made the comments in an interview with Fox & Friends, less than a year until the midterm elections that will decide who...
PRESIDENTIAL ELECTION・1 DAY AGO
The Independent

Another Martin Luther King Day has come to pass without voting reform, but if Democrats have their way, that won’t be the case for long.Congressional Democrats have been pushing for years to expand voting access to little success, and had hoped to get a package of legislation named for civil rights icon and US representative John Lewis done by this MLK Day.Those hopes were dashed when senators moved a planned MLK Day vote back because of a massive snow storm in Washington and Hawaii senator Brian Schatz coming down with Covid.The Senate is back in session on Tuesday, where...
CONGRESS & COURTS・7 HOURS AGO

Democrats have been trying to push forward voting rights legislation that Senate Republicans have been stalling through a filibuster.
CONGRESS & COURTS・1 DAY AGO
The Independent

It was a brutal week for the Democratic Party’s various factions as it became clear ahead of Martin Luther King Jr Day that the passage of voting rights legislation remains unlikely thanks to two Democratic senators, Joe Manchin and Kyrsten Sinema.As the president descended on Capitol Hill in an attempt to press the two on their resistance to alterations to the Senate’s filibuster rule, Ms Sinema took to the floor and delivered a speech outlining her continued refusal to make any changes to the rule even as unified Republican opposition means that passing legislation to combat gerrymandering and bills to...
CONGRESS & COURTS・10 HOURS AGO
Newsweek

Senate filibuster on voting rights criticized by advocates for the poor

WASHINGTON — Progressive lawmakers Friday joined a virtual news conference with organizers from the Poor People’s Campaign and said they are not giving up on the push to change Senate rules to pass voting rights legislation. The Poor People’s Campaign: A National Call for Moral Revival held the virtual meeting to kick off its plans […] The post Senate filibuster on voting rights criticized by advocates for the poor appeared first on Wisconsin Examiner.
CONGRESS & COURTS・19 HOURS AGO

Mitt Romney made the comment Sunday after Lindsey Graham said he'd only back McConnell if he mends his relationship with Trump.
PRESIDENTIAL ELECTION・1 DAY AGO
iPower 92.1/104.1 FM

Puzzle of Biden’s unpopularity has some pieces within his control and some not, experts say, as Covid casts a shadow over his first year in office
PRESIDENTIAL ELECTION・30 MINUTES AGO
MSNBC

In theory, Republican Rep. John Katko has a compelling reason to run for re-election: The New York congressman is the ranking member on the Homeland Security Committee, and if the GOP takes back the House majority, he'd be in line to lead the influential panel. But in practice, there's a...
CONGRESS & COURTS・17 HOURS AGO

Representative Adriano Espaillat said "much must be done to push these two senators to line up and be in lock-step with our leadership."
CONGRESS & COURTS・2 DAYS AGO
Newsweek

"I think anyone with common sense would be reluctant to go talk to this committee," the GOP congressman said.
CONGRESS & COURTS・1 DAY AGO
San Diego Union-Tribune

Hillary Clinton has invoked Martin Luther King Jr’s criticisms of “the white moderate “ in what appeared to be a thinly- veiled rebuke of Democrats Joe Manchin and Kyrsten Sinema after they rejected President Joe Biden’s urgent demands to change Senate filibuster rules that block passage of federal voting rights legislation.In a message on Twitter, the former Democratic presidential candidate quoted the late civil rights leader’s “Letter from a Birmingham Jail,” in which he rebuts “unjust laws” as well as “the white moderate” with a “shallow understanding” of injustice.“I had hoped that the white moderate would understand that law...
CONGRESS & COURTS・2 DAYS AGO