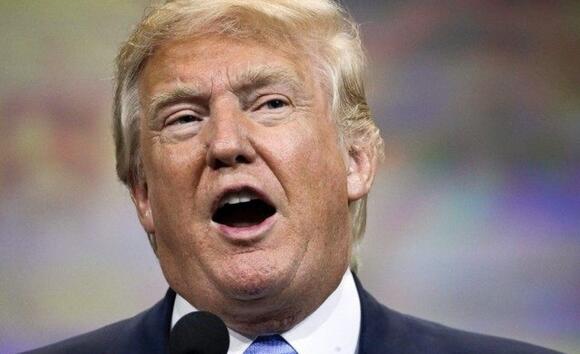 Trump said that if the Democratic politicians in charge of cities where the mass lootings are taking place don't take action, the National Guard "must be called out."

SHOPLIFTERS PACK CARS WITH $1,600 IN STOLEN GROCERIES IN BROAD DAYLIGHT

“If Democrats don’t immediately stop smash-and-grab robberies, which are taking place in their cities, the National Guard must be called out. There has never been such a thing that has happened in our Country," Trump said in the statement. "Large numbers of stores are leaving San Francisco and other cities. Some chains are closing most of their stores, it is all not even believable.”

Mass looting of retail stores has spread across the nation's major cities in recent weeks. The phenomenon has been dubbed "smash-and-grab" robberies by the media after some claimed that using the word "looting" has racial connotations .

A Minnesota Best Buy was also targeted by a flash-mob-style robbery on Friday, according to a report .

A mob of 80 robbed a Nordstrom in the greater San Francisco area last week. The spectacle was caught on video.

“There was a mob of people,” a local restaurant owner who witnessed the robbery said . “The police were flying in. It was like a scene out of a movie. It was insane ... I had to start locking the front door. Locking the back door. You never know, they could come right in here. It was crazy … All the guests inside were getting concerned. It was a scary scene for a moment.”

Oh, just shut up already, Donald. You had your chance to call out the Guard on Jan. 6. You remind me of the bad little boy who's been sent to his room, and just keeps kicking the furniture to get attention.

Does he realize that he isn't POTUS anymore? When a POTUS leaves office, they leave the country in the next POTUS hands. His job is DONE.

ok, again...you are not in charge. stop with demands. worry about something other, like, oh..umm how about all the legal inquiries into the alleged, cough cough.. criminal activities you have been involved in. not listening to you. blah, blah, blahoh, ex pres

Twitter permanently suspended the account of Iran's supreme leader after it posted a video calling for a drone strike on former President Donald Trump.
POTUS・1 DAY AGO
WashingtonExaminer

Neither of Donald Trump's impeachment trials led to his conviction, which would have prevented him from returning to the White House. Rep. Jamie Raskin has another idea on how to bar the former president.
POTUS・8 HOURS AGO
The Independent

One QAnon follower said: "When he came out…I instantly felt it was not him. I kept trying to convince myself that it was."
ARIZONA STATE・16 HOURS AGO
Newsweek

Trump also took a shot at the ReidOut's Joy Reid, claiming the "MSDNC" host is "toast."
POTUS・12 HOURS AGO

Former President Donald Trump touched down in Arizona Saturday for his first rally of the midterm election year, bringing the spotlight to a state that will have hotly contested races for governor and the U.S. Senate in November. In the governor's race, Trump has endorsed Kari Lake, a former news...
ARIZONA STATE・1 DAY AGO
Newsweek

"I think anyone with common sense would be reluctant to go talk to this committee," the GOP congressman said.
CONGRESS & COURTS・1 DAY AGO
Newsweek

If armed violence erupts in 2024, the fate of the nation might well be decided by a simple fact: a big subset of the Republican Party has been systemically arming itself for this very reason.
PRESIDENTIAL ELECTION・28 DAYS AGO
Newsweek

Mitt Romney made the comment Sunday after Lindsey Graham said he'd only back McConnell if he mends his relationship with Trump.
PRESIDENTIAL ELECTION・1 DAY AGO

"100 Seats, 100 Years," he added on Gettr, referring to the century of political domination he argues will begin with the midterms.
ARIZONA STATE・1 DAY AGO
Newsweek

The MyPillow founder made the remarks at Trump's Arizona rally, where many speakers touted conspiracy theories about the 2020 election.
PRESIDENTIAL ELECTION・1 DAY AGO
MSNBC

In August 2018, CNN discovered that a White House speechwriter, Darren Beattie, spoke at a conference alongside well-known white nationalists. He was asked to resign, but he refused, prompting the Republican White House to fire Beattie soon after. But as regular readers may recall, Team Trump wasn't quite done with...
PRESIDENTIAL ELECTION・10 HOURS AGO
Newsweek

"This entire indictment echoes the words, the conduct, the crimes of Donald Trump," Glenn Kirschner said in a Saturday video.
POTUS・2 DAYS AGO

Clifford Meteer likened Ashli Babbitt's death on January 6 to a "murder" in the Capitol and said it was a patriot's duty to "rattle the cage."
PROTESTS・7 HOURS AGO
Newsweek

The Florida governor has managed to cut down Trump's overwhelming lead in recent polls amid reports the pair no longer consider each other allies.
PRESIDENTIAL ELECTION・14 HOURS AGO
WashingtonExaminer

President Joe Biden's renewed focus on former President Donald Trump ushers in the midterm election season and may also preview a rematch in 2024.
PRESIDENTIAL ELECTION・15 HOURS AGO
The Guardian