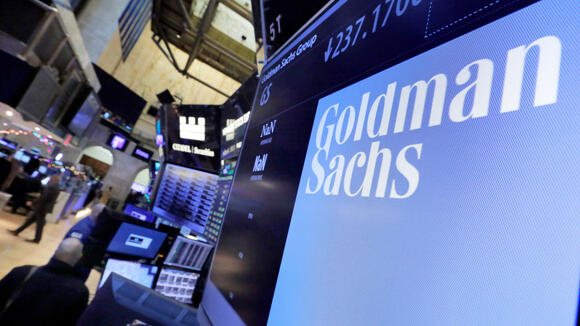 Goldman Sachs is adding new employee benefits in an effort to address claims of worker burnout — and to potentially boost worker retention. This move comes amid a lingering pandemic and a tight labor market, circumstances which have led many employees to re-assess their career choices.

The Wall Street Journal reports that Goldman Sachs is also increasing its retirement fund matching contributions for U.S. employees to 6% of total compensation, or 8% for employees earning less than $125,000 a year. The firm is also eliminating a former one-year waiting period before matching employee contributions.

“We wanted to offer a compelling value proposition to current and prospective employees, and wanted to make sure we’re leading, not just competing,” de Beyer told The Wall Street Journal.

In March, a Goldman Sachs internal survey of first-year analysts showed that if working conditions do not change in the next six months, most first-year analysts said they would be unable to stay at the investment bank. The same internal survey indicated that the stresses of work have been detrimental to the respondents’ physical and mental health, as GOBankingRates reported at the time.

An analyst quoted as part of the survey responded, “What is not ok to me is 110-120 hours over the course of a week! The math is simple, that leaves 4 hours a day for eating, sleeping, showering, bathroom and general transition time. This is beyond the level of ‘hard-working,’ this is inhumane / abuse.”

Another employee said, “Being unemployed is less frightening to me than what my body might succumb to if I keep up this lifestyle.”

See: How To Avoid Work Burnout During a Pandemic
Find: Breaking Down the Employee Retention Tax Credit

Following the release of the survey in early 2021 — a survey which made the rounds on social media — CNBC reports that Goldman Sachs CEO David Solomon issued a voice note to his employees in March: “Let me say to everyone, and in particular to our analysts and associates: We recognize that people working today face a new set of challenges.”

“In this world of remote work , it feels like we have to be connected 24/7. All of us — your colleagues, your managers, our divisional leaders — we see that. We’re here to provide support and guidance. This is not easy, and we’re working hard to make it better,” Solomon added at the time.

Renting Robot Workers Can Cost Roughly Half as Much as Hiring Humans — What Does This Mean for US Workforce?

Robot workers appear to be taking part in their own version of the gig economy, with some being rented out to short-handed companies for nearly half the cost of a human worker -- which does not bode...
ENGINEERING・21 HOURS AGO
GOBankingRates

Following the long-awaited Fed discussion paper about the pros and cons of a potential U.S. central bank digital currency (CBDC) on Jan. 20, Bank of America economic analysts said they anticipate a...
CURRENCIES・1 DAY AGO
GOBankingRates

44% of Freelancers Earn More Than They Did With a Traditional Job — Should You Make the Switch?

Amid the Great Resignation, some workers are looking to change how they work. Twenty percent -- or around 10 million Americans -- are considering switching from full-time to freelance, with 73% citing...
ECONOMY・3 HOURS AGO
MarketRealist

Goldman Sachs Is Bullish on Metaverse, But Is Hedging Its Bet

Web 3.0 has its fair share of critics, but Goldman Sachs (GS) isn't one of them. The big cap investment bank says that the metaverse could be worth up to $8 trillion over time. Article continues below advertisement. In an episode of the Exchanges at Goldman Sachs podcast, investment analyst...
MARKETS・2 HOURS AGO

On a bumpy day for markets, shares of these financial stocks all saw some significant lows before battling back to cut their losses.
STOCKS・1 DAY AGO
MarketWatch

Domain Money will monitor social media, among other innovations
MARKETS・4 HOURS AGO
finextra.com

Chime has called in Goldman Sachs to help it prepare for an initial public offering that could value the digital banking giant at up to $40 billion, according to Reuters. Chime picked Goldman Sachs after interviewing investment banks about a New York listing over the last few weeks, says Reuters, citing sources.
BUSINESS・4 DAYS AGO
Reuters

Jan 19 - Welcome to the home for real-time coverage of markets brought to you by Reuters reporters. You can share your thoughts with us at markets.research@thomsonreuters.com. GOLDMAN SACHS ADDS ANOTHER LAYER OF STRESS (0748 GMT) For all the turmoil across financial markets yesterday, the Nasdaq creeping dangerously near correction...
STOCKS・7 DAYS AGO

NEW YORK — Goldman Sachs said its fourth-quarter profits fell by 13% from a year earlier, largely due to the bank preparing to pay out hefty pay packages to its well-compensated employees. It's the latest sign that wages are increasing sharply, particularly on Wall Street. Most of the major...
FINANCIAL REPORTS・8 DAYS AGO
The Motley Fool

Goldman Sachs saw its profits decline by 13% in the fourth quarter, the banking giant announced Tuesday (Jan. 18). As The Wall Street Journal reported, Goldman’s profits dropped to $3.94 billion or $10.81 a share, short of analysts’ forecasts of $11.77 per share. Meanwhile, Goldman saw its revenue...
FINANCIAL REPORTS・8 DAYS AGO
New York Post

Hard work at Goldman Sachs pays off — especially if you’re a partner. As Goldman rounds out a record year, partners at the elite bank will get an extra bump in their bonus this year, according to a Bloomberg report. The one-time bonus will be on top of...
BUSINESS・11 DAYS AGO
kion546.com

Goldman Sachs is extending its work-from-home guidance by another two weeks amid the wave of Covid-19 infections. The Wall Street bank on Thursday encouraged US employees who can work remotely to do so until February 1, a Goldman Sachs spokesperson told CNN. That is in line with new health policies...
BUSINESS・12 DAYS AGO
kfgo.com

In an effort to wait out the Covid-19 spread, Goldman Sachs (NYSE:GS) extends its return to office for employees in the U.S. by two more weeks, a person familiar with the matter told Bloomberg. The commercial bank's employees could delay returning to Feb. 1, the person told Bloomberg. Note that...
PUBLIC HEALTH・13 DAYS AGO
New York Post

Goldman Sachs has delayed a mandatory return to the office by an additional two weeks for its US employees as the Omicron variant continues to surge across the country. In a Thursday memo, the Wall Street giant encouraged employees to work from home until Feb. 1. That’s pushed back from a return date of Jan. 18 that Goldman had targeted on Jan. 2.
BUSINESS・13 DAYS AGO
eMarketer

Goldman Sachs ties up with GM for second co-brand card

The news: Goldman Sachs partnered with General Motors (GM) to launch the new My GM Rewards Card, according to Bloomberg. It will transition most cardholders in the Mastercard-branded portfolio from Capital One in February. The card carries no annual fee and offers three usage-based tiers—silver, gold, and platinum—that each offer...
CREDITS & LOANS・14 DAYS AGO
themarketperiodical.com

Metaverse Appears to Be $8 Trillion Boat to Goldman Sachs

As forecasted by international investment bank Goldman Sachs, metaverse could prove to be a $8 Trillion opportunity. Virtual economy appears to be around 20%, 25% of world economy, it is rapidly growing therewith, another virtual economy will grow alongside and within. As per some prominent individuals, metaverse appears to be...
MARKETS・22 HOURS AGO
MarketWatch

GoBrands Inc., which does business under the name Gopuff, has hired bankers about an initial public offering roughly six months after the Philadelphia-based grocery and liquor delivery company was valued at about $15 billion. The company is working with Goldman Sachs Group Inc. and Morgan Stanley in preparation to go public, according to reports from Bloomberg and Reuters. The IPO comes after the company raised $1 billion from Guggenheim Investments, Hedosophia and the Softbank Vision Fund 1 in late July. Gopuff said on Dec. 23 it has expanded into nearly 600 fulfillment locations with a team of 10,000 people that deliver 4,000 products to more than 1,000 cities in the U.S. and Europe.
BUSINESS・7 HOURS AGO
The Motley Fool

The bank is highly asset sensitive and executing on its strategic initiatives.
MARKETS・6 HOURS AGO