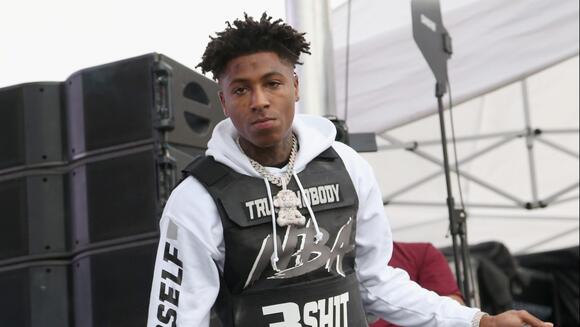 Rapper YoungBoy Never Broke Again has proven himself to be one of the most bankable young stars in the rap game, with a loyal legion of fans who religiously support his single, music video, and album releases—making the recent purge of the music videos published on his YouTube page even more peculiar.

The Baton Rouge native has racked up over nine billion views combined on his YouTube page to date. Yet, his manager, Alex Junnier, has accused YouTube of failing to properly advertise and support YoungBoy’s Sincerely, Kentrell album.

While YoungBoy nor YouTube have issued a statement concerning the removal of the rapper’s music videos, fans online have speculated that the move may be in anticipation of a major development in YoungBoy’s career. Others have noted that numerous YoungBoy Never Broke Again music videos remain on Facebook. This tidbit has left many intrigued by the status of YoungBoy’s relationship with the platform on which he exclusively dropped his Until I Return project before making it available on streaming moving forward.

However, one video that remains on YoungBoy Never Broke Again’s YouTube page is a clip teasing the release of From the Bayou , the rapper’s forthcoming collaborative project with Birdman. Originally announced in 2018, the project—which is slated to drop on Friday (Dec. 3)—could continue the rapper’s streak of chart-toppers, as YoungBoy is the only rap artist to score No. 1 debuts in the last three consecutive years.

Soulja Boy has been gearing up for the release of his new docuseries, The Life Of Draco, which is set to premiere on Jan. 21 and will consist of six episodes placing the enterprising rap star’s life and professional pursuits under a microscope. In a recent interview promoting the series, Soulja voiced his concern on the rising number of rappers being murdered or getting incarcerated due to their ties to the streets. “I got favorite new rappers, but they be getting locked up,” expressed the Big Draco 2 rapper. “Free the young talent, man. We got to keep our new talent...
CELEBRITIES・10 DAYS AGO
Vibe

One of the more memorable contributions on Nas’ acclaimed debut, Illmatic, is producer Pete Rock’s work on the track “The World Is Yours.” Rock not only created the instrumental for the song, but also wrote lyrics and sang vocals. Now, nearly three decades after its release, it appears the Mt. Vernon-bred boardsman is not satisfied with the compensation he’s received thus far and is planning to file suit against Nas later this month. According to Page Six, the legendary producer has accused Nas and his team of failing to honor a contractual agreement stating that he is entitled to royalties from...
CELEBRITIES・12 DAYS AGO
Vibe

After initially announcing plans to drop his seventh and final studio album last year, Bow Wow recently gave fans the latest update on the project, hinting that its release could come sooner than later. On Tuesday (Jan. 11), the rap star took to Twitter to reveal the album’s pending arrival, crediting rap legend and longtime mentor Snoop Dogg with helping fuel his inspiration to see it through to completion. “Snoop told me no way you can retire before me,” the Ohio native wrote. “You owe us one more. Speak on all the real sh*t that we wanna know you been going...
MUSIC・12 DAYS AGO
Complex

Fresh off the release of his latest mixtape Colors, YoungBoy Never Broke Again may be taking some time off, and for good reason. Since the start of 2020, the Baton Rogue rapper has dropped two official albums (Top and Sincerely, Kentrell), four commercial mixtapes (Still Flexin, Still Steppin, 38 Baby 2, Until I Return, and Colors), two collaborative projects (Nobody Safe with Rich the Kid and From the Bayou with Birdman), and two compilation albums (Ain’t Too Long 2 and Never Broke Again: The Compilation Vol. 1).
CELEBRITIES・2 DAYS AGO

Photo Surfaces of YoungBoy Never Broke Again Next to ‘You N!@%#s Gone Die’ Written With $100 Bills

YoungBoy Never Broke Again is following up his apparent NLE Choppa diss track with another piece of aggressive content. This afternoon (Jan. 19), Instagram user mgng10x posted a photo of YoungBoy laying on a carpeted floor with a wad of cash in his hand. Next to him is written, "You n****s gone die," in $100 bills.
CELEBRITIES・4 DAYS AGO
hot96.com

Five years ago today, the most-viewed music video of all time hit YouTube

Five years ago today, the video that would become YouTube’s most-viewed music video of all time hit the streaming platform. Today, it stands at 7.7 billion views. What is it? None other than “Despacito.”. The Luis Fonsi/Daddy Yankee single was originally released January 12, and the video, uploaded...
BEHIND VIRAL VIDEOS・10 DAYS AGO
Billboard

Eminem has so many major records it’s getting hard to remember which ones he hasn’t set yet. But on Monday (Jan. 10) Marshall found another new milestone to mark when he announced that his YouTube subscriber number had crossed the 50 million mark; at press time the number had already grown to 50.4 million.
BEHIND VIRAL VIDEOS・13 DAYS AGO
UPI News

It all started when rapper, NBA Youngboy took a picture with his hard on cash to send a special message.
NBA・8 HOURS AGO
HipHopWired

The documentary by Clarence “Coodie” Simmons and Chike Ozah that focuses on the journey of Kanye West to superstar status has come under a cloud as it is set to premiere on Netflix next month. West made a public demand to have final approval on the film via his Instagram page on Friday.
CELEBRITIES・3 HOURS AGO
TechSpot

YouTube has its first 10 billion view video, and it's not from Psy

What just happened? A YouTube video has surpassed the 10 billion views mark for the first time. It’s not from Psy, the South Korean pop sensation that set all sorts of records on the platform nearly a decade ago, but it does have ties to the same region and a catchy rhythm that was a worldwide viral sensation.
BEHIND VIRAL VIDEOS・11 DAYS AGO
HipHopWired

Twitter puts on their cape to defend Bow Wow's greatness.
INTERNET・4 HOURS AGO

Netflix has released a new teaser trailer for the streaming platform’s forthcoming three-part Kanye West documentary series Jeen-yuhs: A Kanye Trilogy, which is set to premiere on Feb. 16. Directed by duo Clarence “Coodie” Simmons and Chike Ozah, the series documents Ye’s rise from a promising beat-smith and aspiring artist to an international megastar. First announced by Netflix last September during a livestream at TUDUM, Jeen-yuhs: A Kanye Trilogy is billed as “an intimate and revealing portrait of Kanye West’s experience, showcasing both his formative days trying to break through and his life today as a global brand and artist.” The first...
TV & VIDEOS・13 DAYS AGO
Fox News

Young Dolph murder suspect Justin Johnson has yet to turn himself in to authorities despite announcing his plans to surrender this past weekend. In fact, instead of being taken into custody on Monday (Jan. 11) to face charges of first degree murder, attempted first degree murder, and theft of property $10,000–$60,000, the 23-year-old, who also performs under the stage name Straight Drop, released a new music video the very same day. Titled “Track Hawk,” the clip captures Johnson flaunting stacks of money and riding in flashy vehicles while rhyming about his alleged life of crime. While Johnson does not directly reference...
MEMPHIS, TN・13 DAYS AGO
Vibe

Nelly has refuted a viral story suggesting he rewarded a woman a measly amount of cash after she returned a lost bag containing hundreds of thousands of dollars. According to the hit-maker, the entire story is fabricated and he never lost the bag in question, let alone had it returned to him. After catching wind of the story, which became a trending topic, Nelly jumped into the fray in the comments section of one of the social posts spreading the story, writing “Cap [cap emoji].. SUUUUUUUPPPPPEEEEEERRRR CAAPPP,” in reference to the viral videos. “I didn’t lose sh*t idk what bag...
CELEBRITIES・13 DAYS AGO
Vibe

Dylan Gonzalez, a basketball star and artist, accused Trey Songz of rape on Dec. 30, 2021, following years of countless sexual assault accusations against the singer. On Tuesday (Jan. 11), she released a full statement on the matter. The 27-year-old expressed that she is pursuing legal action, writing, “With what seems like endlessly reoccurring news of the alleged sexual assaults committed by Trey Songz, I am forced to repeatedly relive in my mind, and suffer anew, the long-suppressed horror and unbearable PTSD of my rape by his very hands at a well known Las Vegas Hotel.” A source reportedly close to...
PUBLIC SAFETY・12 DAYS AGO
Radar Online.com

Regina King’s son, who reportedly took his own life earlier this week, said he was “losing his s--t” in his final posts to social media before his tragic passing. According to Ian Alexander Jr.’s Twitter, the aspiring DJ claimed he was “losing his s--t” and felt like his brain was on fire just prior to allegedly taking his own life Wednesday.
CELEBRITIES・18 HOURS AGO
Vibe

The daughter of iconic civil rights activist Dr. Martin Luther King Jr. has called for her late mother, Coretta Scott King, to be honored alongside her father during the national holiday celebrating his life and legacy. Dr. Bernice King took to social media on Monday (Jan. 17) with a post requesting that the public also pay tribute to Coretta Scott King’s contributions to the civil rights movement, as the late author and activist worked just as tirelessly as her husband to improve the circumstances for Black people in this country. “As you honor my father today, please remember and honor my...
POLITICS・6 DAYS AGO