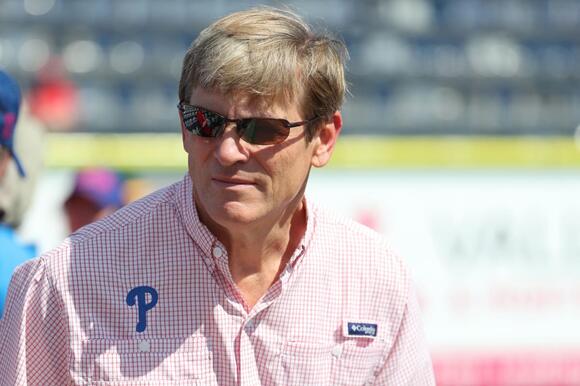 Could the Phillies be in the driver's seat when it comes to negotiations with one All-Star shortstop?

One of the Philadelphia Phillies' biggest needs going into the offseason is a shortstop and a great one at that, as current shortstop Didi Gregorius has failed to meet expectations upon joining the team in 2020.

One name that the Phillies shouldn't sleep on is the 2015 Rookie of The Year, Carlos Correa, who entered free agency after seven seasons with the Houston Astros. Correa is one of the higher quality players, if not the highest, left on the market, and would more than fill the role that is needed in the Phillies' infield.

Correa is coming off of an electric year which saw him hit 26 home runs, drive in 92 RBIs, and earn a WAR of 7.2. Additionally, Correa earned his second All-Star game appearance, whilst also bringing home a Gold Glove, Platinum Glove, as well as finishing fifth in the AL MVP vote.

Over his career, Correa has hit .270 with a slugging percentage of .485. Meanwhile, on the defensive side Correa averages a fielding percentage of .981. All of these stats are areas Philadelphia is actively trying to address.

One spot that really stands out on Correa's resume is his post-season experience, which is something that a playoff-contending team like Philadelphia is keen to have. Correa has been to the playoffs six times, playing in over 16 different series, including three World Series appearances.

SportTrac places Correa's market value at $26.6 million per year, with him being fairly young at 27-years-old by the start of the next season, it would be wise for Philadelphia to seriously consider offering Correa a contract that would see him in the red pinstripes for years to come.

As the days go on, the options in the free-agent market get fewer and fewer, it's becoming clear that the Phillies need to make a move or they run the risk of starting next season with some loose ends; The clock is ticking.

Jean Segura doesn't put up flashy numbers or make dazzling defensive plays, but all together he is one of the most well-rounded players in the National League.
MLB・2 DAYS AGO
Inside The Phillies

Alec Bohm was one of the league's worst fielders in 2021. As trade rumors swirl this offseason, it would mean a lot for the Phillies if Bohm could put a hammerlock on his natural position.
MLB・2 DAYS AGO
FanSided

The Phillies have hired longtime scout Dave Holliday, uncle of Matt Holliday. The landscape of the Philadelphia Phillies front office has seen another shakeup in recent days. In addition to former general manager Matt Klentak leaving to join the Milwaukee Brewers with a year still left on his contract, the organization reportedly hired the relative of a former seven-time All-Star.
MLB・11 HOURS AGO
ClutchPoints

The question of where free agent shortstop Carlos Correa will sign is one of the biggest mysteries of the MLB offseason. It has provided plenty of intrigue before baseball’s world ground to a halt with the work stoppage (though he’s still creating news by recently announcing that his new agent is Scott Boras).
MLB・5 HOURS AGO

Phillies ‘looking at all options’ to replace Kevin Frandsen in booth

The Phillies have more than just position player vacancies to fill this offseason. Given the ongoing lockout, the most attention-grabbing Philadelphia Phillies headline in recent weeks does not involve a player, coach or manager, but rather, the team’s broadcast booth. On Thursday, the Washington Nationals announced they have hired...
MLB・1 DAY AGO
USA TODAY

David Ortiz needed just one swing to power his way into baseball’s Hall of Fame, narrowly punching his ticket to Cooperstown.
MLB・8 HOURS AGO
The Spun

On Tuesday night, the Hall of Fame voting for the 2022 class will be revealed. In honor of this special day, Cal Ripken Jr. named a player the MLB has “shortchanged” in balloting. Ripken made it known that he believes Don Mattingly should be in the Hall of...
MLB・13 HOURS AGO
USA TODAY

Alex Rodriguez, a three-time MVP whose 696 home runs trail only Barry Bonds, Hank Aaron and Babe Ruth, received just 34.3% of the votes in his debut.
MLB・6 HOURS AGO

BOSTON (CBS) — It wouldn’t be Hall of Fame season if a member of the baseball media wasn’t twisting himself into a pretzel for all the world to see. Enter Jack Curry of the Yankees’ broadcast network. Curry revealed his ballot on Tuesday, which is the day that the Baseball Hall of Fame will announce which players — if any — will earn enshrinement this year. Curry used eight of his allowable 10 votes this year, and for the first time in their 10 years of eligibility, Barry Bonds and Roger Clemens received his vote. The reason Curry hadn’t voted for Bonds and...
MLB・12 HOURS AGO
Audacy

Barry Bonds, Roger Clemens and Sammy Sosa all failed to make the Hall of Fame in the final year of eligibility, which led to a lot of passionate reactions across social media.
MLB・7 HOURS AGO
USA TODAY

Roger Clemens, the seven-time Cy Young winner, is in his final year of eligibility on the Hall of Fame ballot.
MLB・1 DAY AGO
Inside The Dodgers

Todd Helton continued his climb toward immortality on Tuesday, inching closer to reaching the Hall of Fame.
MLB・5 HOURS AGO
Sportico

Barry Bonds, Roger Clemens, Todd Helton, David Ortiz, Andy Pettitte, Manny Ramirez, Alex Rodriguez, Scott Rolen, Curt Schilling, Sammy Sosa — My ballot for the National Baseball Hall of Fame Class of 2022. The Hall of Fame is now right where it wanted to be in 2014, when it changed the eligibility for players on the writer’s ballot from 15 years to 10. Barry Bonds, Roger Clemens and Sammy Sosa, stars of Major League Baseball’s so-called steroid era, are now off the Baseball Writers of America Association ballot five years before they otherwise would have been. For the 10th consecutive year, the...
MLB・5 HOURS AGO
Audacy

Three weeks from when pitchers and catchers usually report and no one knows when spring training will start or if it will be a truncated schedule.
MLB・2 DAYS AGO
Yardbarker

According to Baseball America, the Red Sox have signed 16 international free agents since the 2022 signing window opened last Saturday. Among the 16 prospects signed thus far, Dominican shortstops Fraymi de Leon and Freili Encarnacion and Venezuelan catcher Johanfran Garcia stick out as the headliners since they received attention from either Baseball America or MLB Pipeline.
MLB・2 DAYS AGO
Inside The Blue Jays

Ahead of the January 25th Baseball Hall of Fame announcement, we look at five former Blue Jays on the ballot and their chances at induction
MLB・2 DAYS AGO
Dodgers Nation

The past couple of seasons has seen plenty of blown calls from MLB umpires that have swayed the outcome of games. Take the one-blown call against the Dodgers and Giants back in July of last season when a swing would have ended the game. Instead, it was called a non-swing which led to a walk and an eventual Giants win. Or we can look to game 5 of the NLDS where a check swing was another blown call that favored the Dodgers.
MLB・2 DAYS AGO
USA TODAY

Major League Baseball and the players union continued to make slow, incremental progress Tuesday, but they are still a long way from an agreement.
MLB・9 HOURS AGO