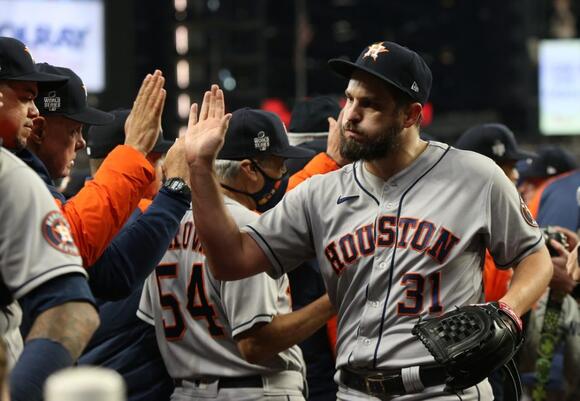 The Chicago White Sox agreed to terms with right-hander Kendall Graveman on a three-year, $24 million contract on Tuesday.

Graveman, who turns 31 on Dec. 21, adds another right-handed arm to a White Sox bullpen that also includes All-Stars Craig Kimbrel and Liam Hendriks.

The White Sox picked up Kimbrel’s contract option for 2022, however general manager Rick Hahn said earlier this month that the team is considering “whether it makes the most sense to have Craig in a White Sox uniform going forward, or is there a better use of that spot and him via trade.” 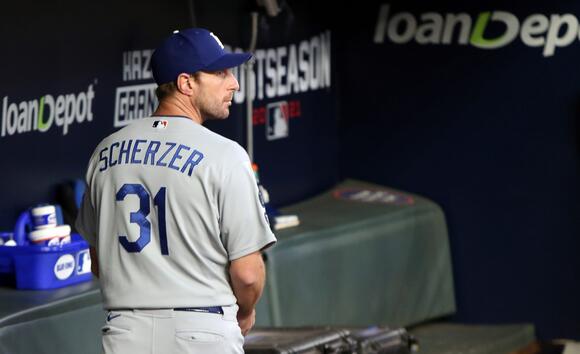 Graveman has been used primarily as a reliever since undergoing Tommy John surgery in 2018 and missing the 2019 season.

It is an interesting time to be a fan of Major League Baseball. There is a lockout so there hasn’t been much offseason drama to break down or discuss since the beginning of December. However, we are being treated to a bit of fun news this weekend as the international free agent prospects are all signing now. The Chicago White Sox are heavily involved.
MLB・1 DAY AGO
FanSided

The Chicago White Sox were not a very good team in the 2010s but they certainly had some fun players. One of them was Melky Cabrera. He had a big personality that was very fun to watch. Cabrera played Major League Baseball for 15 seasons from 2005 to 2019 and announced his retirement this week.
MLB・2 DAYS AGO
Chicago Tribune

Outfielder Oscar Colás, the No. 5 international prospect according to MLB Pipeline, came to terms on a $2.7 million deal with the Chicago White Sox, MLB.com’s Jesse Sanchez reported Saturday. According to Sanchez, the Sox and outfielder Erick Hernandez agreed to terms on a $1 million deal. MLB Pipeline ranks Hernandez as the No. 28 international prospect. Colás, who was born in Santiago de ...
MLB・2 DAYS AGO
FanSided

One of the things the Chicago White Sox are good at is locking up young talent to long team-friendly deals. One of the reasons the rebuild went so well is because most of the White Sox trade chips were under team control. Adam Eaton, Chris Sale, and Jose Quintana all had years of control when they were dealt which allowed Rick Hahn to jack up their prices.
MLB・2 DAYS AGO

Eloy Jimenez sprained his right foot rounding a base just four days before the start of the White Sox’ wild-card series against the Athletics in 2020, limiting him to two at-bats when his teammates needed him the most. The Sox lost the series. Ouch. Then, at the end of...
MLB・2 DAYS AGO
FanSided

The Chicago White Sox are known to be a team that has been mostly mediocre for most of their history. They just made the playoffs in back-to-back seasons for the first time ever in 2020 and 2021 which is remarkable. However, there was a long portion of time where only two MLB teams made the playoffs in one season.
MLB・1 DAY AGO
South Side Sox

Another bold stab by GM Ken Williams came as he acquired starter Bartolo Colón as part of a three-way deal with the Montreal Expos and New York Yankees. The Yankees first sent Orlando Hernández to the White Sox for Eddie Candelario and Antonio Osuna. The White Sox flipped El Duque to Montreal along with Rocky Biddle, Jeff Liefer and cash for Colón and Jorge Nuñez.
NFL・2 DAYS AGO
Chicago Tribune

The middle of January traditionally signals the changing of the seasons in Chicago, a time to wash away the gloom of another Bears disaster and start thinking warm thoughts. In most years, the sidewalks are caked in ice, another polar vortex is plunging down from the Arctic and the Cubs and White Sox are holding their annual fan fests at a downtown hotel, celebrating the past while hyping the ...
NFL・9 HOURS AGO

The White Sox have re-signed reliever Kyle Crick and signed infielder Ryder Jones, per Chris Hilburn-Trenkle of Baseball America. Crick joined the White Sox Triple-A affiliate in Charlotte last July after being released by the Pirates, while Jones, whose last taste of the majors came in 2018, spent 2021 bouncing around the Diamondbacks’ system. Both signed minor league deals.
MLB・2 DAYS AGO
MLB Trade Rumors

Can the White Sox make the most of Andrew Vaughn?

The White Sox have one of the best closers of his generation burning a hole in their pocket. Craig Kimbrel’s trade availability is no secret, so much so that speculation has reached the what-happens-if-they-don’t-trade-him part of the trade rumors life cycle, as explored Sunday by MLBTR’s Mark Polishuk. That said, when GM Rick Hahn picks up the phone to talk shop with one of the other 29 general managers, Kimbrel’s not likely the sole topic of conversation.
MLB・6 HOURS AGO
MLB Trade Rumors

What if the White Sox don’t trade righty Craig Kimbrel?

While the White Sox exercised their $16 million club option on Craig Kimbrel back in November, Chicago GM’s Rick Hahn hinted that the veteran closer could very well be in a different uniform come Opening Day 2022. “What we have to figure out is if it makes the most sense to have Craig in a White Sox uniform going forward or is there a better use of that spot and him perhaps via trade?” Hahn told reporters, thus setting the stage for weeks of trade rumors before the lockout halted all big league trade activity. The signing of Kendall Graveman before the transactions freeze also seemed to indicate that Kimbrel would be moved, as the White Sox now had his replacement readied.
MLB・18 HOURS AGO
NJ.com

When it comes to the 2022 campaign, one of the most asked questions for Dodgers fans is what will become of starting pitcher Trevor Bauer. He's in his second year of a three-year, $102 million contract, but he was put on paid administrative leave last season after accusations of sexual assault ...
PASADENA, CA・20 DAYS AGO
WFAN Sports Radio

Balkovec will manage a Yankees minor league club this coming season.
MLB・2 DAYS AGO
Inside The Blue Jays