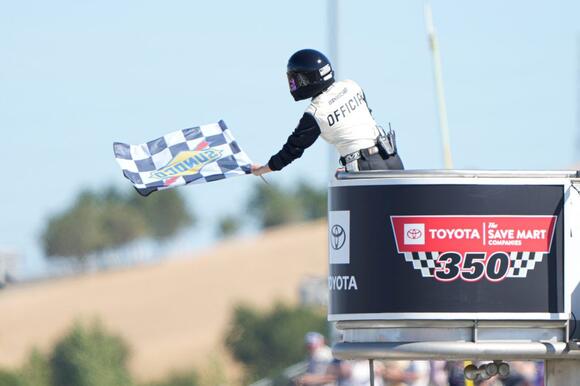 The 2021 NASCAR season is over, but as the calendar changes to December, there should be an uptick in news and silly season movement as the 2022 season nears.

Here are the latest updates and rumors floating around at this time.

Kaulig Racing has yet to announce who will drive the No. 10 car full-time in the NASCAR Xfinity Series and the organization’s second full-time car in the NASCAR Cup Series. The second Cup car will be compromised of part-time drivers.

Chris Rice, President at Kaulig Racing, teased possible news on social media and later posted a picture with the caption “ look closely. ” Might it be a sign of who may drive their cars starting in 2022? Well, we will most likely find out soon.

However, could Noah Gragson be a part of those plans? Gragson posted an emoji on Twitter that could represent Kaulig’s sponsor Leaf Filter, plus he thanked everyone for their support while calling it a big day.

Could Gragson be the person in the hoodie that was seen in Rice’s picture and who is the reflection in the background? It could all be for nothing, but Kaulig’s social media team is playing this situation perfectly with speculation and drama.

Hattori Racing announced on Wednesday morning that Tyler Ankrum would drive the No. 16 truck full-time for the organization in the NASCAR Truck Series starting in 2022. Ankrum joins former GMS Racing teammate Chase Purdy as they expand to two trucks.

Ankrum, 20, has one career win in the Truck Series that came in 2019 at Kentucky Speedway with David Gilliland Racing. Ankrum moved to GMS in 2020 and collected six top-5 finishes and 15 top-10 finishes over two seasons with the organization.

Due to these moves, GMS Racing will see a driver in their Truck stable that didn’t finish the year with the organization. A third driver for the team hasn’t been announced, but former GMS driver Raphael Lessard makes a lot of sense.

Tate Fogleman joins On Point Motorsports for the 2022 season

On Point Motorsports announced on Tuesday that Tate Fogleman will drive the No. 30 truck full-time in the NASCAR Truck Series starting next season.

The 21-year-old driver will bring The Fowl Life TV as a sponsor to the Denver-based organization. Fogleman is the son of Jay Fogleman, who competed in NASCAR during his racing career.

Danny Bohn will not return to the organization due to this move. Bohn came home with two top-10 finishes and an average finish of 24.0 in 2021.

Chase Purdy will drive the No. 61 truck full-time for Hattori Racing in the NASCAR Truck Series starting in 2022. Purdy, 22, will bring BAMA Buggies as his sponsor after driving for GMS Racing in 2021.

Purdy finished the 2021 season with two top-10 finishes and an average finish of 22.6. The 22-year-old driver did not have a crew chief announced with him, which will be revealed in the future.

The expectation is that Hattori Racing will field two full-time entries in the Truck Series next season. Expect an announcement to come tomorrow, according to RACER.com’s Kelly Crandall.

Who will fill the last seat for GMS Racing in the NASCAR Truck Series?

With Zane Smith leaving GMS Racing for Front Row Motorsports in 2022, it leaves the organization with an opening as they downsize to three trucks starting next season.

The organization previously announced that Grant Enfinger would join them on a multi-year deal to drive the No. 23 truck while Jack Wood returns to the No. 24 truck for his first full-time season with GMS.

Tyler Ankrum is expected to leave the organization for another opportunity, so he can be taken out of the equation. Due to Chase Purdy signing with Hattori Racing, there will be a new driver in the vacant seat for GMS.

Who will it be? Time will tell but expect big things moving forward for the powerhouse Truck Series team. 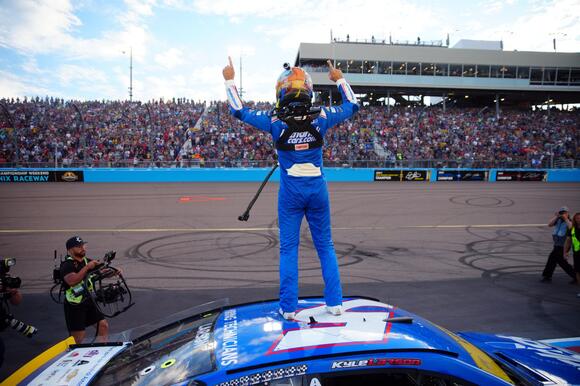 Front Row Motorsports announced its driver lineup for the 2022 season on early Tuesday morning. It was announced that Todd Gilliland, 21, would move to the No. 38 car full-time in the NASCAR Cup Series next season.

Gilliland spent the last two seasons with the organization in the NASCAR Truck Series where he won a single race at Circuit of the Americas in 55 starts. He also managed to collect 14 top-5 finishes and 26 top-10 finishes.

Zane Smith, 22, is now set to drive the No. 38 truck for the organization in the Truck Series next season. Smith finished one spot behind Ben Rhodes for the championship in 2021 but ultimately was left without a ride after GMS Racing downsized.

The 22-year-old driver spent two full-time seasons with GMS and collected three victories in 55 starts. Smith had a deal to run full-time with Chip Ganassi Racing in the Cup Series for the 2022 season before the organization left NASCAR after the final race of the year.

It has been reported that both Gilliland and Smith have signed multi-year contracts with the organization. 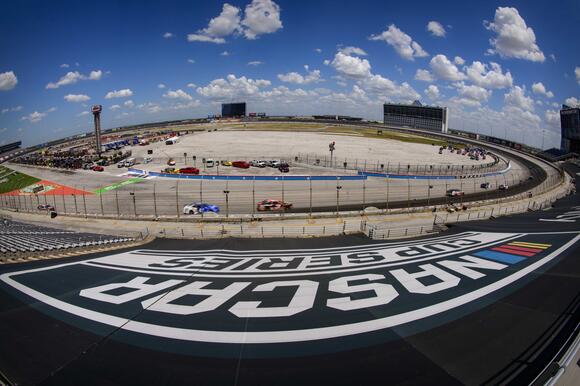 Smith won the championship finale at Phoenix Raceway, which gave him two wins for the 2021 season. He also came home with six top-5 finishes and nine top-10 finishes over the 22 races ran in 2021.

The 19-year-old has shown serious potential in the Truck Series and will be labeled as a championship favorite entering his second full-time season with the organization. Smith will join John Hunter Nemechek who will also return for his second season.

For the past three seasons, lack of sponsorship limited Kaz Grala to only occasional NASCAR starts. By the time Christmas arrived last month, Grala had engaged in numerous conversations with sponsors and teams, but he had no Cup, Xfinity or Camping World Truck Series races “set in stone” on his schedule.
MOTORSPORTS・2 DAYS AGO
CBS Sports

As a full pack of NASCAR Cup Series cars ran bumper-to-bumper and door-to-door in drafting sessions during testing at Daytona International Speedway this week, there was a very tangible sense of nervousness over whether or not a car or two -- or even more -- would end up wadded up and wrecked. And when the two day test finished without incident, there was an obvious sense of relief, as a very limited fleet of cars has left teams throughout NASCAR in a less than ideal position ahead of the 2022 season.
MOTORSPORTS・2 DAYS AGO