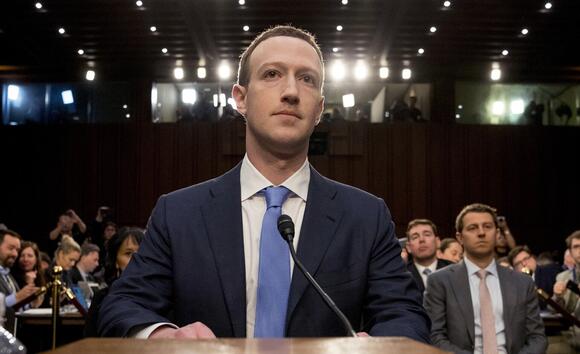 B ritain’s Competition and Markets Authority has ordered Facebook owner Meta to sell Giphy after it purchased the company for $315 million last year.

The move by the antitrust watchdog is the first time a global regulator has ordered a major tech company to offload a completed deal, according to Bloomberg . The agency said on Tuesday that it found that the merger “has resulted or would result in a substantial lessening of competition.”

“We have decided that the only effective way to address the competition issues that we have identified is for Facebook to sell GIPHY, in its entirety, to a suitable buyer,” the regulator said in a summary of its final report on the deal, which was released on Tuesday.

Facebook, which rebranded under the corporate name Meta in October, has gobbled up several smaller companies in recent years but has never been ordered to sell a company after a deal was already inked.

Meta now must decide whether to comply with the regulator’s order or to appeal to the United Kingdom’s Competition and Appeals Tribunal, which will scrutinize the Competition and Markets Authority’s decision on the matter.

“We disagree with this decision. We are reviewing the decision and considering all options, including appeal. Both consumers and GIPHY are better off with the support of our infrastructure, talent, and resources,” a Meta spokesperson said in a statement provided to the Washington Examiner .

In August, the U.S. Federal Trade Commission filed an amended antitrust lawsuit against Facebook alleging social media monopolization. This month, the FTC argued that the federal court should allow the lawsuit to proceed because the company has "interfered with the competitive process by targeting nascent threats through exclusionary conduct."

Tech billionaire Elon Musk tweeted a message to his social media followers, warning that fear is the "path to tyranny."
BUSINESS・19 HOURS AGO
WashingtonExaminer

Netflix ordered to face defamation case over The Queen's Gambit

Amazon will shut down its 'Sold by Amazon' 3rd-party-seller program and pay $2.25 million to settle price-fixing allegations

LONDON – The U.K. competition regulator has formally launched a review of the music streaming business, looking at any possible competition concerns related to the major labels’ dominance of the industry, as well as the integral role that streaming services like Spotify, Apple Music and YouTube play in the booming digital music economy – and how those spoils are shared with creators.
MUSIC・1 DAY AGO
The Independent

Fashion Nova will pay $4.2m to settle claims it blocked bad reviews from its website

Online retailer Fashion Nova, known for its fast fashion, has agreed to pay $4.2m to settle allegations that it hid bad reviews of its products from the website.The Federal Trade Commission said on Tuesday that the California-based retailer “misrepresented that the product reviews on its website reflected the views of all purchasers who submitted reviews,” when in fact Fashion Nova was suppressing reviews with ratings lower than four stars out of five. The agency said that this is its first case involving a company’s efforts to conceal negative customer reviews.According to the FTC, Fashion Nova used a third-party online product...
BUSINESS・2 DAYS AGO
thepaypers.com

Social media companies Instagram and Facebook (Meta) have been reportedly considering a way to create, display, and sell NFTs on their platforms. Meta’s in-house developed digital wallet, Novi, will be the one powering the supporting functionality of NFTs. While Meta is considering a marketplace that would help its users buy and sell digital assets like NFTs, Instagram is reportedly looking for a way to showcase them.
INTERNET・2 DAYS AGO
gamerevolution.com

Social media giant Facebook, which recently rebranded to Meta Platforms (NASDAQ:FB), plans to let users create and sell their own non-fungible tokens (NFTs). What Happened: According to a Thursday report from Financial Times, teams at Facebook and Instagram are working on a feature that will allow users to display their NFTs on their social media profiles.
INTERNET・8 DAYS AGO
hypebeast.com

Mark Zuckerberg and Meta might just be the next tech company to jump on the ever-growing NFT trend. The Financial Times recently reported that Meta has been working on various ways to allow Facebook and Instagram to display, create and sell NFTs, specifically utilizing the tech company’s Novi wallet. Sources have also indicated that Meta is testing different ways to showcase NFTs in its own marketplace that would allow users to buy and sell these digital collectibles.
INTERNET・8 DAYS AGO
GAMINGbible

Bloomberg reporters have claimed that Activision Blizzard wanted to sell to Meta Platforms - the parent company of Facebook, Instagram, Oculus and more - when it became clear that an acquisition would be the best course of action to reverse the downwards trend that the publisher is currently suffering. Why...
BUSINESS・9 DAYS AGO

The British finance ministry, in coordination with the Financial Conduct Authority (FCA), is set to introduce clear regulations for crypto ads. UK to protect investors from “misleading statements”. It is estimated that about 2.3 million people in Britain now have exposure to at least one crypto asset. However, the...
ECONOMY・10 DAYS AGO
cryptopolitan.com

• Regulators in the UK believe that crypto advertising could be misleading. • Spain and Singapore do not tolerate misleading crypto promotions. The beginning of 2022 has come with more strongly felt crackdowns on cryptocurrencies, and more so in countries like the UK. Recently the regulatory authority decided to join countries like Spain, India, and Singapore to regulate misleading crypto ads.
MARKETS・10 DAYS AGO
Shore News Network

Salary: £40,735 up to £45,000 dependant upon experience. We are the UK’s aviation regulator and recognised as a world leader in its field. Our activities are diverse, enabling the aviation industry to meet the highest safety standards, and we pride ourselves on our ability to adapt to the constantly evolving aviation environment.
ECONOMY・11 DAYS AGO
bluewaterhealthyliving.com

Facebook was set to be targeted Friday by a multi-billion-dollar class action suit from a British competition law expert, who alleges that the US social network abused its dominant position with “unfair” terms. Liza Lovdahl Gormsen is to file a lawsuit against Facebook owner Meta at Britain’s Competition...
U.K.・14 DAYS AGO
New York Post

A British academic wants Facebook to pay more than $3 billion in damages to the social network’s 44 million users in the United Kingdom for alleged breach of the country’s competition laws. Dr. Liza Lovdahl Gormsen, an expert in competition law, filed a class-action lawsuit against the US...
ECONOMY・14 DAYS AGO
pymnts.com

A plan to develop a way to spot holes in United Kingdom’s regulations that failed to keep up with crypto and artificial intelligence (AI) innovations has been proposed by the technology advisor to the Lord Chief Justice, The Financial Times reported. Richard Susskind, who also serves a director of...
TECHNOLOGY・14 DAYS AGO
The Independent

Brexit: Your questions on lorry queues, trade deals and the protocol answered live

The economic consequences of the UK’s exit from the EU are only just becoming clear, and the government is under growing pressure to sort out at least some of the unravelling mess.Lorry drivers are blaming the huge queues building up at the port of Dover “entirely” on post-Brexit controls, with one telling The Independent that disruption on both sides of the border is bound to get worse when imports and exports pick up again in February.Meanwhile, port chiefs have urged the government to hold talks with the EU on ways to ease the impact of biometric checks that are set...
ECONOMY・2 DAYS AGO