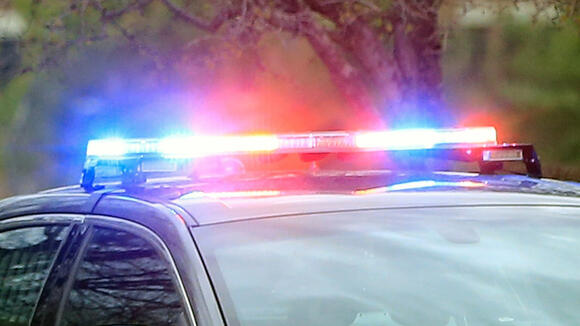 HARRISON COUNTY, Texas ( KETK ) – Texas authorities are investigating the death of a sixth-grade girl that allegedly happened during a hunting accident on Saturday.

According to the department, dispatch received multiple calls shortly after 5 p.m. for a hunting accident involving an 11-year-old girl and her father in Hallsville, about 140 miles east of Dallas.

Callers said the father accidentally shot the girl with a high-powered rifle.

Once Harrison County Sheriff’s Office deputies and EMS arrived on scene, the girl, now identified as Daisy Grace Lynn George, was located and taken to a nearby hospital. Authorities had requested a care flight, but all emergency helicopters were grounded in the region due to inclement weather.

George, a sixth-grade student, was pronounced dead at the hospital.

Texas Parks and Wildlife Game Wardens were also called in to help investigate this incident.

During a Monday press conference, Sheriff Fletcher announced he “does not foresee… an arrest being made” in the fatal accident. He explained EMS workers and deputies had trouble locating George and her father due to poor cellphone reception. George’s father is described as an experienced hunter who had been hunting most of his life.

Fletcher extended condolences to the family and friends of George.

“Anytime a young person loses their life, it’s tragic for all involved. Our thoughts and prayers go out to the family and friends during this difficult time,” Sheriff Brandon Fletcher said.

A GoFundMe was set up for funeral expenses .

A Cotton County man died from injuries he suffered in a vehicle crash after initially refusing treatment at the scene.
COTTON COUNTY, OK・2 HOURS AGO
KFOR

A woman was critically injured in a house fire in the Oklahoma City metro on Wednesday.
OKLAHOMA CITY, OK・3 HOURS AGO
KFOR

OKC police speak out about lenient sentence for shooter

When Officer Braden Downs arrived at the home, he encountered 63-year-old Joel Lewis, who was standing just inside the doorway.
OKLAHOMA CITY, OK・10 HOURS AGO

Police investigating after one man killed in shooting

So far, no arrests have been made and the investigation is ongoing.
OKLAHOMA CITY, OK・17 HOURS AGO
KFOR

El Paso police are investigating reports of alleged BB gun attacks on Mexico-bound motorists near the Bridge of the Americas.
EL PASO, TX・4 HOURS AGO
KFOR

Ferrari's vehicle rolled an unknown number of times before coming to rest in a ditch.
PAYNE COUNTY, OK・1 DAY AGO
KFOR

When troopers with the Oklahoma Highway Patrol arrived on the scene, they realized a motorcyclist had collided with a Dodge minivan.
WAGONER, OK・2 DAYS AGO
KFOR

A person was shot in a drive-by shooting spree in Oklahoma City Tuesday night, according to a police official.
OKLAHOMA CITY, OK・1 DAY AGO
KFOR

The chase came to an end when the suspects' tires hit stop sticks near S.W. 39th and Portland Ave.
OKLAHOMA CITY, OK・1 DAY AGO

‘Snake burglar’ strikes again, gets away with $50,000 worth of silver

The thief dubbed the "snake burglar" for the way he wriggled on the floor to avoid businesses' alarm systems in California seems to have reappeared.
RIVERSIDE, CA・16 HOURS AGO
KFOR

In a Ring camera video that's now gone viral on Tik Tok, the Sioux Falls police officer can be heard saying the DoorDash driver had been arrested for "warrants he didn't take care of." So, the officer finished the delivery.
SIOUX FALLS, SD・7 HOURS AGO
KFOR

Police investigators and MercyOne hospital in Des Moines are trying to figure out how a man entered into the hospital to feed a baby that was not his last month.
DES MOINES, IA・12 HOURS AGO
KFOR

For years, Oklahoma City detectives have been searching for a killer.
OKLAHOMA CITY, OK・2 DAYS AGO
KFOR

EMSA is experiencing delays in their arrivals to calls and it’s not just an Oklahoma problem. EMSA officials said that long wait times are a nationwide issue due to the pandemic and staffing issues, just like people are seeing in hospitals.
OKLAHOMA CITY, OK・17 HOURS AGO
KFOR

“That evil is Donald Grant,” Oklahoma set to carry out next execution on Thursday

On Thursday, the state of Oklahoma is scheduled to execute death row inmate Donald Grant who confessed to murdering two women at the hotel where they worked in 2001.
MCALESTER, OK・6 HOURS AGO
KFOR

Another family member of a former resident of the Tuscany Village nursing home contacted KFOR about horrific conditions inside the facility.
THE VILLAGE, OK・1 DAY AGO