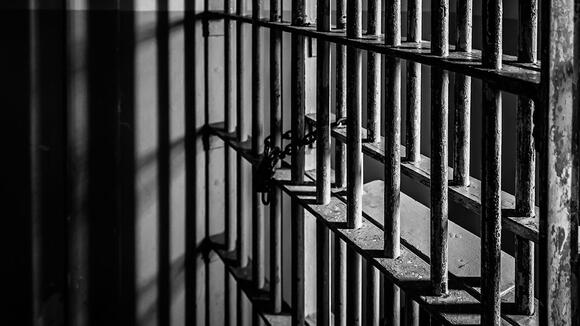 The New York City Department of Correction will move to 12-hour shifts as the vaccination requirement for its workers goes into effect. The longer shifts are intended to assure adequate staffing. 73% of workers are vaccinated. The union representing correction officers says these longer shifts will negatively impact officers and inmates. "Our essential officers have already suffered immensely by being forced to work 24 hours plus without meals and rest since the pandemic. Increasing their tours from eight to twelve hours and allowing the DOC to order them to work back-to-back 12-hour tours, 24 consecutive hours, without meals and rest is nothing short of torture," said COBA President Benny Boscio in a statement. ALSO READ | 2 men impersonating NYPD officers rob home in the Bronx: New video

According to the data presented, there were 461 felony assaults in the subway system last year, the highest number since 1997.
NEW YORK CITY, NY・1 DAY AGO
ABCNY

There was no shortage of profound tributes to fallen NYPD Officer Wilbert Mora Tuesday night, but his greatest legacy may be the lives he's saving after his death.
NEW YORK CITY, NY・11 HOURS AGO
ABCNY

A 35-year-old man was shot in the arm in the waiting room at Jacobi Hospital in the Bronx Tuesday.
NEW YORK CITY, NY・10 HOURS AGO

A New York Appellate Judge granted a stay in the state's lawsuit over the COVID-19 face mask mandate, meaning it remains in place while case is appealed -- and schools must enforce it.
NASSAU COUNTY, NY・4 HOURS AGO
ABCNY

NYPD officer Wilbert Mora, who was shot and his partner killed while responding to a domestic call in Harlem, has died from his injuries, NYPD Commissioner Keechant Sewell announced Tuesday.
NEW YORK CITY, NY・11 HOURS AGO
ABCNY

Firefighters battled a large fire at a junkyard in Port Newark that sent smoke across the Hudson River and impacted New York City's air quality.
NEWARK, NJ・17 HOURS AGO
ABCNY

Anti-violence advocates in the Bronx aim to stop shootings in New York City and put kids on the right path.
BRONX, NY・1 DAY AGO
ABCNY

Whether it's a residential street in the Bronx or a subway station in Midtown, Manhattan, New Yorkers feel more vulnerable than they have in years.
NEW YORK CITY, NY・1 DAY AGO
ABCNY

A woman was hospitalized after she was stabbed during a dispute inside a subway station in Harlem Tuesday.
PUBLIC SAFETY・11 HOURS AGO
ABCNY

The 27-year-old officer, a four-year veteran of the NYPD, suffered life-threatening injuries after being shot in the head Friday night in Harlem. His partner did not survive.
MANHATTAN, NY・1 DAY AGO
ABCNY

It has been a violent start to 2022 - first with five NYPD officers shot in various incidents.
NEW YORK CITY, NY・2 DAYS AGO
ABCNY

NYC illegal guns: Where are they coming from, what can be done?

The gun used to kill officer Jason Rivera and critically injure officer Wilbert Mora Friday night in Harlem was a Glock with a high capacity magazine. It was reported stolen in Maryland 5 years ago.
NEW YORK CITY, NY・1 DAY AGO
ABCNY

The 25-year-old gunman wrote his name in the sign-in book before the shooting.
BRONX, NY・4 HOURS AGO
ABCNY

Experts say riders should have situational awareness, meaning they should be looking at everyone around them and should be in a protective state of mind.
NEW YORK CITY, NY・1 DAY AGO