Can Injured Justin Britt Return for Texans vs. Colts?

HOUSTON -- Justin Britt is making progress toward returning to play with Houston Texans coach David Culley expressing guarded optimism that the veteran center could be back for Sunday's home game against the Indianapolis Colts.

Britt was designated for return from injured reserve last week and practiced for the first time last Friday.

Britt has been dealing with a hyperextended knee and a bruise, according to league sources not authorized to speak publicly.

The Texans' offensive line shifted Tytus Howard to left tackle in place of Geron Christian Sr., with Lane Taylor promoted from the practice squad and starting at left guard.

The Houston Texans had little to work with, but have put together a strong rookie class, helped along the way by Dylan Thompson.

Houston Texans Tracker for 2021: Check back often as we keep you up-to-date on Texans NFL news as Houston works on its roster-building

The Texans allowed five sacks, eight tackles for losses and seven quarterback hits against the Jets.

Signed to a one-year, $5 million contract this offseason, Britt is a former Pro Bowl alternate for the Seattle Seahawks who started in a Super Bowl. He has played center primarily after shifting from right tackle and left guard.

“We hope so," Culley said of Britt's status. "We will see what happens when we go out there on Wednesday, but we are hoping to see what he does and see if we can get him back. He actually practiced a day last week, but he wasn’t ready.”

Meanwhile, Pro Bowl left tackle Laremy Tunsil remains on injured reserve after undergoing thumb surgery to repair a torn ligament. Culley has not ruled out Tunsil returning at some point this season. 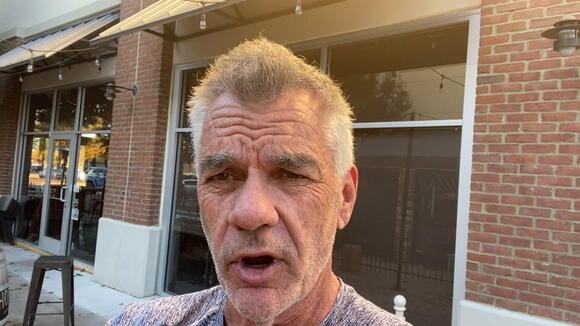 The future of the Houston Texans remains up in the air as general manager Nick Caserio searches for a new head coach and offensive coordinator. But in this search forward, it might be wise for the Texans to look to their past. San Francisco 49ers defensive coordinator DeMeco Ryans was...
NFL・1 DAY AGO
TexansDaily

HOUSTON -- Running back will be a need for the Houston Texans in 2022. One name won't able to change the outlook right away, but it does mend the issue on paper. In the latest two-round mock draft by The Athletic's Dane Brugler, the Texans use the third overall pick on Oregon edge rusher Kayvon Thibodeaux. With the 37th pick, Houston looks to bolster its run game with the addition of Michigan State running back Kenneth Walker III.
NFL・1 DAY AGO

After a disappointing 2021 season, the Houston Texans are forced to start looking at 2022. That process - which will soon include a new head coach - starts with a new schedule. How does the scheduling format work?. Six games are made up from their AFC South opponents (home and...
NFL・2 DAYS AGO
The Spun

Earlier this week, former Dallas Cowboys quarterback Troy Aikman had a blunt response to the team’s early exit from this year’s playoffs. “I mean, it’s hard to look at any regular season and say, ‘Well, yeah, we were 13-4, 12-5 or 17-0′ or whatever it is if you don’t do anything in the postseason, then you’re really at the end of the day no different than the Jacksonville Jaguars or the New York Jets that didn’t get in,” he said.
NFL・2 DAYS AGO
The Spun

Andy Reid Had 7-Word Message For Patrick Mahomes With :13 Left

Kansas City Chiefs head coach Andy Reid had a 7-word message for his quarterback, Patrick Mahomes, with :13 to play on Sunday night. The Chiefs were trailing the Bills, 36-33, with just :13 remaining on the clock after a touchback kickoff attempt by Buffalo. Kansas City marched down the field...
NFL・18 HOURS AGO
The Spun

Josh Allen and Patrick Mahomes will square off for the second straight postseason, as the Bills and Chiefs are set to kickoff this Sunday night. Last year, the Chiefs defeated the Bills in the AFC Championship. Mahomes had 325 passing yards and three touchdowns in that game. The Bills avenged...
NFL・2 DAYS AGO

The Tampa Bay Buccaneers have cut a veteran running back to open up a roster spot ahead of Sunday’s Divisional Round game. The Bucs advanced to the Divisional Round this weekend by beating the Eagles last Sunday afternoon. Now, they have a date with the Los Angeles Rams, who may have had the most dominant playoff performance of the Wild Card round.
NFL・2 DAYS AGO
The Spun

On Friday night, five-star quarterback recruit Arch Manning had the best college football coach in the country – and his top assistants – at his high school basketball game. Manning, the No. 1 quarterback recruit in the 2023 class, is also a star on the hardwood. Alabama coach...
COLLEGE SPORTS・2 DAYS AGO
The Spun

The Kansas City Chiefs beat the Buffalo Bills, 42-36, in overtime at Arrowhead Stadium on Sunday evening. The game was a wild one, with several lead changes in the game’s final two minutes. Ultimately, the Chiefs were able to force overtime, before scoring the game-winning touchdown on a pass from Patrick Mahomes to Travis Kelce.
NFL・19 HOURS AGO
The Spun

The San Francisco 49ers pulled off an upset victory over the Green Bay Packers Saturday night to reach their second NFC championship game in three years. Niners kicker Robbie Gould capped off a nine-play, 44-yard drive with a game-winning 45-yard field. As Gould was celebrating on snowy Lambeau Field with teammates, he found quarterback Jimmy Garoppolo. Their embrace – and an expletive-laced message – was caught on camera.
NFL・1 DAY AGO
Sports Illustrated

Former Buccaneers wide receiver Antonio Brown just couldn’t help himself after his former team lost an absolute heartbreaker on Sunday. While Tampa Bay fans still were freshly mourning their season being over after a 30–27 loss to the Rams in the divisional round, Brown posted a meme on Twitter. And he reminded everyone of his own dramatic exit from the season.
NFL・20 HOURS AGO
Sportsnaut

Stefon Diggs and the Buffalo Bills are once again reeling following a heartbreaking loss to the Kansas City Chiefs in
NFL・17 HOURS AGO
thecomeback.com

The Baltimore Ravens made a very surprising coaching move on Friday evening with the decision to fire defensive coordinator Don “Wink” Martindale. Baltimore announced the news with a statement from head coach John Harbaugh, who said that he and Martindale “have agreed to move forward in separate directions.”
NFL・2 DAYS AGO
Audacy

Sean Payton has reportedly not yet committed to returning to the Saints next season while Troy Aikman could be leaving FOX for Amazon, leaving an opening that could put the Saints coach in the booth.
NFL・1 DAY AGO
The Spun

Having Sunday Night Football in the early afternoon may feel unfamiliar to most NFL fans. But one familiar thing is Cris Collinsworth and his color commentary that they all seem to despise. Collinsworth and Al Michaels have the call for today’s big Rams-Bucs game in the Divisional Round. The winner...
NFL・23 HOURS AGO
Larry Brown Sports

Chris Jones, Melvin Ingram get into it on sidelines after Bills touchdown

There appeared to be some tension on the Kansas City Chiefs’ defense after the Buffalo Bills’ opening possession of Sunday night’s AFC Divisional Round playoff game. The Bills took their opening possession and went 71 yards on 13 plays, converting on a pair of 4th-down situations to go up 7-0.
NFL・21 HOURS AGO
Sportsnaut

The Michigan Wolverines finally returned to glory in 2021, winning their first Big Ten Conference title since 2004 and earning
NFL・2 DAYS AGO