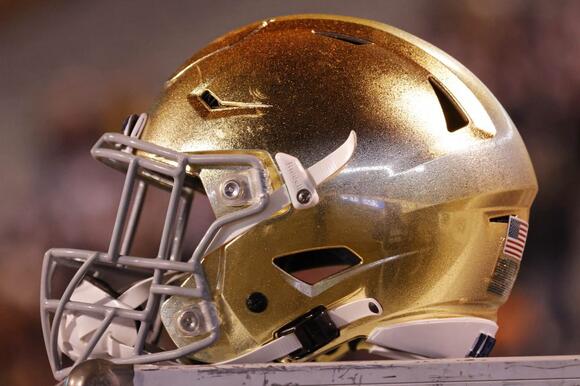 For the first time since back in 2010, the Notre Dame Fighting Irish will be looking for a new head coach. According to multiple media reports, Brian Kelly is set to depart South Bend for Baton Rouge and become the next LSU Tigers head man .

This is somewhat shocking news given that Kelly has led Notre Dame to the College Football Playoffs two of the past three seasons and has his program at 10-1 on the campaign .

For the Irish, this comes after Kelly led one of the most historical college football programs to double-digit wins all but one time since the end of the 2014 campaign.

With that said, it offers athletic director Jack Swarbrick an opportunity to find another potential long-term option to man the sidelines in Indiana. Below, we look at five ideal candidates.

This almost makes too much sense. After all, hiring Kelly away from the Bearcats back in 2010 seemed to work extremely well for the Fighting Irish. Fickell, 48, has posted a 29-9 record with Cincinnati since taking over back in 2017. Prior to that, he served as the interim head coach for Ohio State.

Fickell’s experience also includes being a co-defensive coordinator for the Buckeyes for several years. This would be a change of philosophy for Notre Dame as it had existed under an offensive-minded head coach in Kelly over the past dozen seasons. But it makes sense.

Wouldn’t it be somethnig if the Irish nabbed Brady from the Panthers after he was one of the primary reasons the LSU Tigers won the national title back in 2019? Talk about coming full-circle. And while Brady’s stock has taken somewhat of a hit due to Carolina’s issues on offense , he would be a great hire in South Bend.

We’re talking about a young 32-year-old coach who had in the past served as an assistant under Bill O’Brien at Penn State and with the NFL’s New Orleans Saints. Brady is seen as an innovative offensive mind, and is someone who could lead this program for the next decade-plus.

Here’s another name that has been making its rounds for the past several weeks. Kiffin, 46, has been seen as an enigmatic figure since his days as the then-Oakland Raiders head coach back in 2007 and 2008. Some struggles as a head man with Tennessee and USC added another layer to that.

However, Kiffin’s stock seems to be on the rise since he took the Ole Miss job back in 2020. He’s posted a solid 10-2 record thus far this season and has overseen progression from talented young quarterback Matt Corral . Perhaps, hiring a great recruiting head coach in Kiffin could also get the Irish in the sweepstakes for quarterback Arch Manning down the road. Think about that for a second.

Campbell has been a hot name as a potential NFL head coach candidate. Despite recently signing an extension with the Cyclones, that’s not going to change any time soon. The only question here is whether he’d leave Iowa State for a more national program in that of Notre Dame. We’re not too sure.

What we do know is that the Irish would love to get their hands on this respected offensive mind. Campbell, 42, has posted a 42-33 record as Iowa State’s head coach with four consecutive bowl appearances. He also did very well at a smaller-school program in that of Toledo from 2011-15. 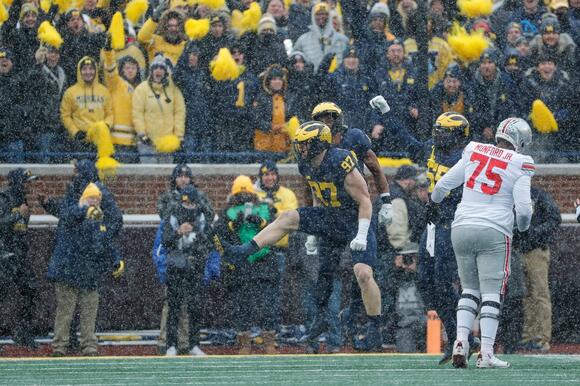 There’s no telling whether Meyer will be long for the Jacksonville Jaguars job. He seems to be a fish out of water, much like what we saw from Nick Saban during his infamous stint with the Miami Dolphins. There’s a decent chance this legendary college coach will be one and done in the pros.

If so, the Irish must come calling. After all, we’re talking about a coach who has posted an absurd 182-37 record in the collegiate ranks . That includes three national championships (two with Florida and one at Ohio State) as well as 10 big bowl game appearances. This would be a coup for the university in South Bend.

If Jim Harbaugh leaves the Michigan Wolverines for an NFL return, one of the top jobs in college football could
NFL・14 HOURS AGO
Sportsnaut

Alabama may have lost to Georgia in the national championship game, but the rivalry continued off the field Sunday as
ALABAMA STATE・5 HOURS AGO
Sportsnaut

Coming off dominant game, No. 6 Duke takes aim at Clemson

No. 6 Duke returned to its winning ways over the weekend. That just leads to another item on the Blue
DURHAM, NC・11 HOURS AGO

In a brief break from Atlantic Coast Conference action, Georgia Tech made light work of Clayton State with a 103-53
ATLANTA, GA・11 HOURS AGO
Sportsnaut

Virginia Tech and North Carolina sure can be happy that they’ll be meeting Monday night in Chapel Hill, N.C. One
CHAPEL HILL, NC・15 HOURS AGO
Sportsnaut

Disappointed Arizona State will try to rally for No. 16 USC

No. 14 Michigan State ready for road test vs. No. 17 Illinois

No. 14 Michigan State became the leader of the pack with an impressive road victory against No. 8 Wisconsin on
ILLINOIS STATE・10 HOURS AGO
Sportsnaut

Kansas State looks to bounce back vs. No. 5 Baylor

Kansas State will travel to Waco, Texas, on Tuesday night for a matchup with No. 5 Baylor, with both teams
WACO, TX・10 HOURS AGO
Sportsnaut

Coming off deflating losses Saturday, Louisville and Virginia won’t have much time to shake off the residual effects when they
CHARLOTTESVILLE, VA・17 HOURS AGO

The Cincinnati Bengals are headed to the AFC Championship Game, and it’s all thanks to the leg of rookie fifth-round
NFL・18 HOURS AGO
Sportsnaut

Weeks after the end of Urban Meyer’s NFL coaching career with the Jacksonville Jaguars, team owner Shahid Khan and general
NFL・12 HOURS AGO

Hall of Famer John Stockton is one of Gonzaga’s most notable alums. But a conflict over the university’s mask mandate
COLLEGE SPORTS・16 HOURS AGO
Sportsnaut

Christian Koloko posted a double-double and five Arizona players scored in double figures as the No. 3 Wildcats jumped on
BERKELEY, CA・13 HOURS AGO
Sportsnaut

Will Richardson scored a game-high 21 points on 8-of-11 shooting from the field as Oregon pummeled Washington 84-56 Sunday night
EUGENE, OR・6 HOURS AGO
Sportsnaut