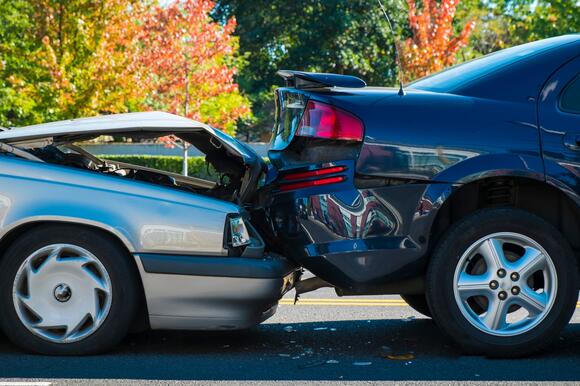 TRENTON, N.J. (1010 WINS) — Thirteen people were killed on New Jersey roads between last Wednesday afternoon and the Thanksgiving weekend, nearly twice as many as were killed in motor vehicle crashes during the holiday weekend in the last two years.

NJ.com compiled the research from police reports and state police data and found that seven people died in New Jersey motor vehicle incidents in 2020 during the same period, while another seven died in 2019.

Among those killed this past weekend were two children, killed in a Thanksgiving Day crash in North Brunswick that also injured three people, when the car traveling with the children drove on the wrong side of the road and struck a marked Old Bridge police officer.

The National Highway Traffic Safety Administration said in an October study that traffic fatalities during the first six months of 2021 rose by over 18% nationwide compared to the same period last year. The highest fatality rate since 2006.

In New Jersey, New York, Pennsylvania and Connecticut, the NHTSA's research shows there was a 13% increase in the region.

Three people were rescued on Sunday after they fell through an icy lake in New Jersey, officials said in a statement posted on Facebook on Monday.
NETCONG, NJ・21 HOURS AGO
1010WINS

A woman died after she was ejected from a vehicle when it fell down an embankment in North Haledon early Monday morning, police said.
NORTH HALEDON, NJ・22 HOURS AGO
1010WINS

Cops said when the responded to the scene, they saw the “obviously deceased” Richardson II in a grassy area near Black Horse Pike in Egg Harbor Township
EGG HARBOR TOWNSHIP, NJ・15 HOURS AGO
1010WINS

The NYPD confirmed the officer was shot in the leg near Lorillard Place and Third Avenue in the borough’s Belmont neighborhood Tuesday evening.
BRONX, NY・2 HOURS AGO

One person was killed and eight others were injured, including five NYPD officers, in a massive fire and building collapse sparked by an explosion in the Bronx Tuesday morning.
BRONX, NY・13 HOURS AGO
1010WINS

An off-duty NYPD officer was arrested after he allegedly punched a drunk driver repeatedly and hurled racist insults at him during a confrontation in Brooklyn over the weekend, police said Monday.
BROOKLYN, NY・23 HOURS AGO
1010WINS

A Waterbury School District employee was arrested on Saturday for leaving two children under her care alone for 48 hours in her home.
WATERBURY, CT・18 HOURS AGO
1010WINS

A school bus driver has been arrested and charged after a 15-year-old girl was fatally struck in a hit-and-run collision in Brooklyn Monday morning, according to police.
BROOKLYN, NY・1 DAY AGO

A 4-year-old girl died days after she sustained critical injuries from a car crash on Long Island that also led to the arrest of her mother, who was allegedly driving while on drugs at the time, New York State Police said Monday.
RIVERHEAD, NY・1 DAY AGO
1010WINS

Video released by the NYPD on Wednesday shows the victim being shoved to the sidewalk at E. 86th Street and Henderson Place around 12:30 a.m. on Dec. 25.
NEW YORK CITY, NY・1 HOUR AGO
1010WINS

The body of a man believed to be homeless was found aboard a subway train in Brooklyn on Monday morning, according to authorities.
BROOKLYN, NY・1 DAY AGO

Cops said the suspect made homophobic and hateful remarks regarding the person’s country of origin before punching them multiple times and taking out a knife.
BRONX, NY・13 HOURS AGO
1010WINS

The NYPD sergeant who fatally shot a woman having a mental health crisis in 2016 faced an internal trial on Tuesday where a departmental prosecutor said he should be fired for his role in the incident.
NEW YORK CITY, NY・16 HOURS AGO
GOBankingRates

It's hard to go wrong with Amboy Direct Bank, especially if you're a New Jersey resident. Rates are competitive, fees nonexistent, and it's easy to transfer money between Amber Direct and your existing checking account.
PERSONAL FINANCE・13 HOURS AGO
1010WINS

Police said inside the home, they found a semi-auto handgun and a loaded revolver. Also found was a large amount of marijuana, MDMA and cash.
HEMPSTEAD, NY・11 HOURS AGO
1010WINS

“I’m asking residents to keep your windows closed as our fire department and our emergency responders are assessing the extent of this fire,” Lora said.
PASSAIC, NJ・3 DAYS AGO
1010WINS

Upon arrival, cops made contact with the 24-year-old man on the third floor, which resulted in the police-involved shooting.
YONKERS, NY・1 DAY AGO
1010WINS

The NYPD is looking to identify a knife-wielding man sought in connection to a slashing that happened during a fight on a Bronx street over the weekend, authorities said.
BRONX, NY・1 DAY AGO