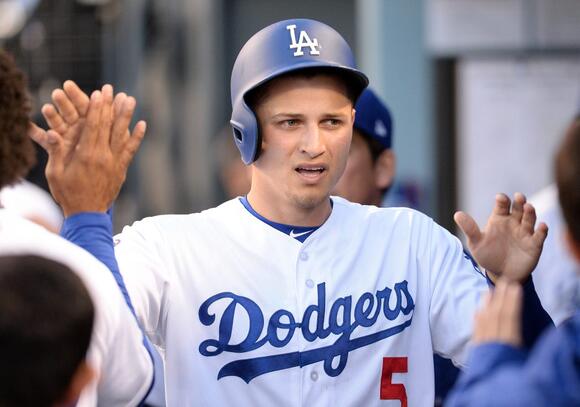 We knew that Los Angeles Dodgers All-Star shortstop Corey Seager would get paid the big bucks on the MLB free-agent market this winter.

We just had no idea where the World Series MVP would land. Until now. Multiple media reports on Monday indicate that Seager, 27, has signed a 10-year, $325 million with the Texas Rangers. ESPN’s Jeff Passan was the first to break the news.

This is an absolutely extraordinary contract for a rebuilding Rangers team to hand Corey Seager. It also comes after Texas doled out $175 million over seven years to reigning AL MVP finalist Marcus Semien . This squad now has the best middle infield that money can buy. 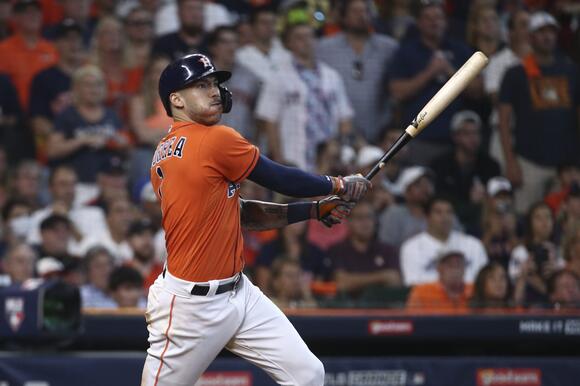 A first-round pick of the Dodgers back in 2012, Corey Seager has morphed into one of the best infielders in the game. This past season saw him hit .306 with 16 homers, 57 RBI and a .915 OPS despite missing 67 games to injury. He won the 2020 World Series MVP after Los Angeles took out the Tampa Bay Rays.

To say that this is a monumental day for the Rangers’ franchise would be an understatement. There’s still a lot of work to do in order to compete with the Houston Astros in the American League West. But Seager and Semien are starts.

As for the Dodgers, they’ll now turn to Trea Turner to be their full-time shortstop after acquiring him in a mid-season trade with the Washington Nationals. Turner, 28, led the National League in batting with a .328 mark a season ago.

After being traded to the Los Angeles Dodgers last season and finishing a massive 10-year deal inked with the Angels, Albert Pujols is now a free agent once again and looking for a team to join for the upcoming 2022 season. In a December interview with La Vida Baseball, the veteran slugger opened ...
MLB・2 DAYS AGO
Inside The Dodgers

When it comes to the 2022 campaign, one of the most asked questions for Dodgers fans is what will become of starting pitcher Trevor Bauer. He's in his second year of a three-year, $102 million contract, but he was put on paid administrative leave last season after accusations of sexual assault ...
PASADENA, CA・19 DAYS AGO
Inside The Dodgers

ESPN Buster Olney thinks Treinen is one of the bullpen arms in baseball.
MLB・1 DAY AGO
Inside The Dodgers

Joe Kelly is quite the character around Major League Baseball. With two championships under his belt across a 10-year career, Kelly has made his name known in a big way. He took one World Series against the Dodgers in 2018 and another with Los Angeles in 2020, finally bringing a title back to the ...
MLB・1 DAY AGO

Tyler White agreed to terms for a minor league contract with the Milwaukee Brewers.
MLB・1 DAY AGO
Inside The Dodgers

Player profiles, stats and analysis for New York Yankees hitters and pitchers.
MLB・2 DAYS AGO
Inside The Blue Jays

Veteran outfielder Melky Cabrera announced Friday that he is retiring after 15 major-league seasons. Cabrera, who made his declaration on
MLB・2 DAYS AGO

Outfielder Oscar Colás, the No. 5 international prospect according to MLB Pipeline, came to terms on a $2.7 million deal with the Chicago White Sox, MLB.com’s Jesse Sanchez reported Saturday. According to Sanchez, the Sox and outfielder Erick Hernandez agreed to terms on a $1 million deal. MLB Pipeline ranks Hernandez as the No. 28 international prospect. Colás, who was born in Santiago de ...
MLB・1 DAY AGO
Inside The Dodgers

Dodgers utility star Chris Taylor announced a new charity page on Instagram and his plans to expand efforts in bringing “hope and assistance to the vulnerable in our LA and Virginia Beach communities.” Taylor and his CT3 Foundation also announced an upcoming charity golf event in his hometown of ...
VIRGINIA BEACH, VA・2 DAYS AGO
Chicago Tribune

The Atlantic League, which has partnered with MLB as a testing ground for new rules innovations, announced Friday that in 2022, the pitching rubber will return to 50 feet, 6 inches, and home plate umpires will call balls and strikes.
MLB・2 DAYS AGO