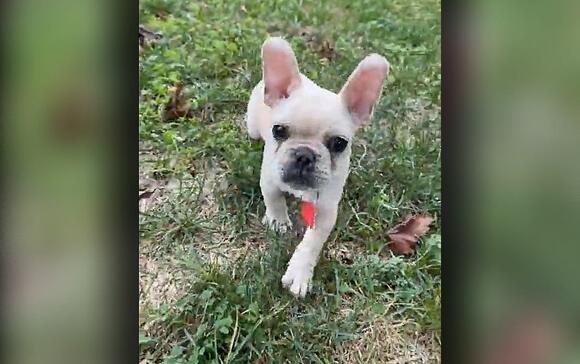 BAY SHORE, N.Y. (1010 WINS) — A French bulldog that was stolen from a Suffolk County home this weekend was returned to its owners on Monday.

Suffolk County Police said the 3-month-old pup named Zushi was returned to its home on Farrington Avenue in Bay Shore. The pooch had been stolen from the home between Saturday night and Sunday morning.

Authorities said the dognappers also stole cash and clothing from the home. It was unclear if those items were returned as well.

Zushi was stolen just days after another French bulldog was taken from a home on Robin Lane in Huntington.

In that incident, 4-year-old Stella was taken from her home on Thanksgiving Day between 4 and 11 p.m. The thieves also took a Playstation 5 from the home.

She added that she and her husband, Matthew, had gone out for Thanksgiving and returned to find their dog and gaming system were gone – but cash and laptops in another room were still there. 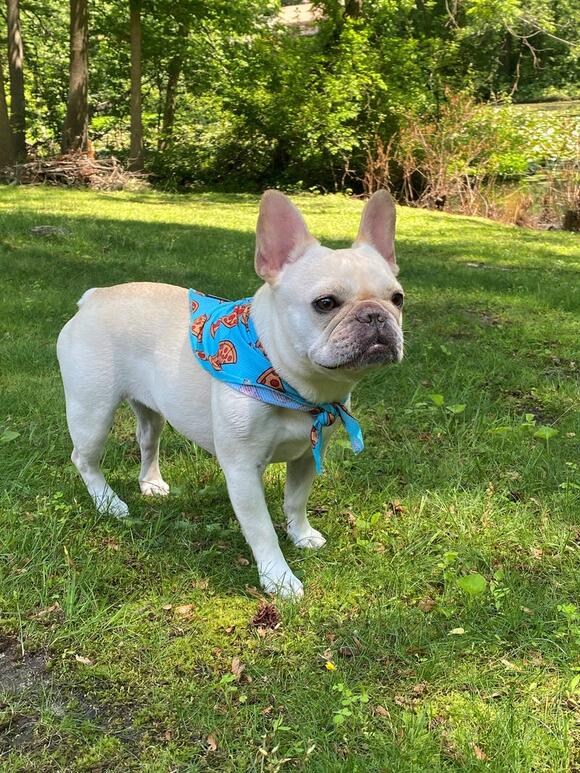 “We think they wanted the PS5 because they’re so valuable and nobody can get them,” said Hauck.

Police said Stella was returned to her owners after she was found Saturday on Rhododendron Drive in Center Moriches – about 40 miles from her home.

Suffolk Police officials previously told WINS French bulldogs are valuable and can sometimes be the subject of online fraud.

Authorities said the investigation into both dognapping incidents are ongoing and no arrests have been announced.

It remains unclear if the incidents are connected.

Officials are searching for a man accused of breaking into a Bronx Burger King earlier this month, according to the NYPD.
BRONX, NY・3 HOURS AGO
1010WINS

The NYPD is searching for a man who is sought in connection with a robbery that occurred at a TJ Maxx in Brooklyn last month, authorities said.
NEW YORK CITY, NY・4 HOURS AGO
1010WINS

A man who escaped police custody from a Brooklyn hospital is back behind bars and facing new charges, police said late Saturday.
BROOKLYN, NY・22 HOURS AGO
1010WINS

Police launched an investigation after a group of suspects beat and robbed a 24-year-old man at gunpoint inside a Manhattan subway station early Monday, authorities said.
NEW YORK CITY, NY・2 HOURS AGO

A man is in custody as the NYPD investigates a multi-vehicle collision that occurred in Brooklyn Thursday afternoon, according to authorities.
NEW YORK CITY, NY・2 DAYS AGO
1010WINS

The NYPD is searching for an suspect who attempted to carjack a vehicle in Midtown, before clashing with cops and fleeing, police said Thursday as they released police body camera footage from the incident.
NEW YORK CITY, NY・3 DAYS AGO
1010WINS

The shooting happened Friday at around 3 p.m. at 3440 White Plains Road in Olinville. Police said one person fired the shots, but his target was unclear.
NEW YORK CITY, NY・2 DAYS AGO

NYPD searching for suspect in Midtown shooting over parking dispute

An early morning New Year’s Day dispute over a parking spot in Midtown ended with a man being shot in the arm and police are now asking for the public’s help in locating and identifying the shooter.
NEW YORK CITY, NY・3 DAYS AGO
1010WINS

The first reported shooting happened Friday just before 10 p.m. at the Lillian Wald Houses on the Lower East Side, located at 691 FDR Drive.
NEW YORK CITY, NY・2 DAYS AGO
1010WINS

Officials arrested a man after he fatally struck a pedestrian near a Queens mall Thursday night, according to authorities.
QUEENS, NY・3 DAYS AGO
1010WINS

Police said it all happened around 8:30 a.m. on East 41st Street and Fifth Avenue in Midtown, when the 59-year-old victim approached Xavier Israel, 25, of Ohio, as he lied on the ground.
NEW YORK CITY, NY・3 DAYS AGO

Police are searching for a woman accused of violently assaulting an employee at a Bronx dry cleaner earlier this month, authorities said.
BRONX, NY・3 DAYS AGO
1010WINS

An off-duty corrections officer was arrested in Brooklyn Thursday afternoon after allegedly punching a woman after a verbal dispute in front of her home.
NEW YORK CITY, NY・2 DAYS AGO
1010WINS

Two teenagers were arrested Friday in connection with the death of a good Samaritan who was fatally struck by a train at a subway station in the Bronx on New Year’s Day.
BRONX, NY・3 DAYS AGO
1010WINS

Authorities launched an investigation after a man was discovered stabbed to death Thursday night in Harlem, according to the NYPD.
NEW YORK CITY, NY・3 DAYS AGO
1010WINS

The congregation had at one point had its service livestreaming on Facebook, but it has since been removed from the website. Reports said only audio of the situation was captured, and a man could be heard speaking angrily at times.
COLLEYVILLE, TX・1 DAY AGO
1010WINS

An attempted home invasion turned into a narcotics bust in the Bronx, the NYPD said Wednesday.
BRONX, NY・4 DAYS AGO
1010WINS

Revel, the electric moped sharing company, has suspended services in the Bronx following a string of thefts.
NEW YORK CITY, NY・2 DAYS AGO