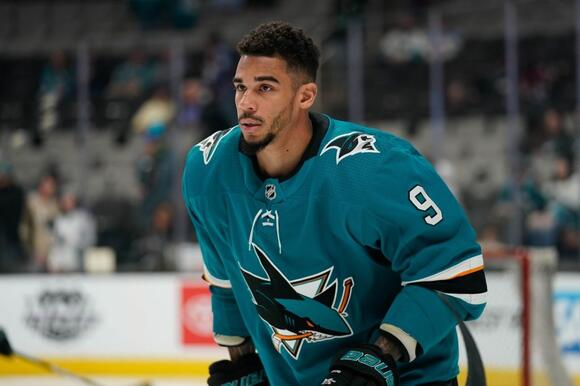 The Sharks reportedly now plan to assign the 30-year-old veteran to the AHL’s San Jose Barracuda.

Kane has not played this season and has not practiced since the start of training camp back.

On Oct. 19, the NHL suspended him 21 games for violating COVID-19 protocols after he reportedly submitted a false vaccination card. 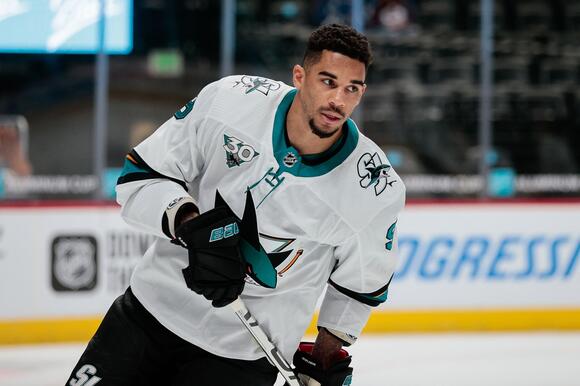 Kane’s agent, Dan Milstein, tweeted Sunday that his client would report to the Barracuda if he cleared waivers.

“Evander is looking forward to resuming his NHL career this season,” Milstein posted.

Kane is in the fourth year of a seven-year, $49 million contract he signed with the Sharks in May 2018. He is still owed more than $20 million on that deal.

The San Jose Sharks (21-19-2) travel to meet the Washington Capitals (23-11-9) Wednesday at Capital One Arena. Puck drop is scheduled for 7 p.m. ET. Below, we look at the Sharks vs. Capitals odds and lines, and make our expert NHL picks, predictions and bets. The Sharks are coming off...
NHL・20 HOURS AGO
Santa Cruz Sentinel

Evander Kane could soon be back in the NHL and his return still might happen with the Edmonton Oilers, one of the teams the Sharks are competing with for a playoff spot in the Western Conference. Interest between Kane and the Oilers remains strong, as the winger met recently with...
NHL・12 HOURS AGO
Sportsnaut

Philadelphia Flyers defenseman Keith Yandle has broken the NHL record by playing in his 965th consecutive game
NHL・1 DAY AGO
93.7 The Fan

It’s the worst team in the Western Conference & even though they’ve played better of late, can the Pens keep their focus tonight against Phil Kessel and mates
NHL・1 DAY AGO
Sportsnaut

Now that the 2021-22 season is about half of the way through, and Covid is ravaging many clubs, it’s time
NHL・1 DAY AGO
USA TODAY

P.K. Subban said he felt accountability to call out recent racist actions in hockey because he has established a platform to inspire better behavior.
NHL・2 DAYS AGO

It was the seventh straight victory overall for the Avalanche, who tied the 1976 Boston Bruins for the fifth-longest home winning streak in NHL history.
NHL・1 DAY AGO
Itemlive.com

The Pittsburgh Penguins are proving that it’s never wise to count them out. Not in games. Not in the chase
NHL・2 DAYS AGO
Yardbarker

Evander Kane Worth the Gamble for Capitals

The biggest trade deadline acquisition the Washington Capitals could make may not cost the team any picks or prospects, but it comes with substantial risk: the baggage of Evander Kane. While the Edmonton Oilers have been among the teams rumored to be most interested in Kane’s talents, on Jan. 22...
NHL・17 HOURS AGO
Sportsnaut

Mason Marchment scored twice and added an assist, Carter Verhaeghe netted the go-ahead goal in the second period and the
NHL・1 DAY AGO
San Diego Union-Tribune

Matthew Tkachuk had a career-high five assists, Johnny Gaudreau had a goal and three assists, and the Calgary Flames routed the St. Louis Blues 7-1
NHL・2 DAYS AGO
93.7 The Fan

you can’t beat them, join them! And by “join them” we mean take all of their players. On their current roster, the Washington Capitals carry four former Pittsburgh Penguins.
NHL・9 HOURS AGO
Sportsnaut