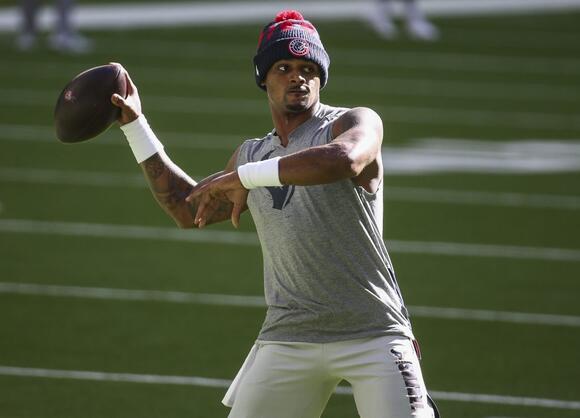 Depositions for the Deshaun Watson lawsuits and legal battle will reportedly begin today, with the attorney for the Houston Texans quarterback beginning his questioning of Watson’s accusers Monday.

According to League of Justice’s Amy Dash , who first reported the FBI’s investigation into the allegations, attorney Rusty Hardin is beginning depositions with Watson’s accusers Monday and the interviews will be spread out over several weeks.

The depositions are part of the ongoing legal process, which began in March 2021 after the first lawsuit was filed against the Pro Bowl quarterback. Watson is now the subject of 22 civil suits filed between March and April, accusing him of sexual misconduct, sexual assault and lewd behavior.

Tony Buzbee, who represents the plaintiffs, told League of Justice that he inquired with Hardin about potential dates for Watson’s deposition. But as of Monday, he has not been provided any set time to meet with the 26-year-old quarterback.

“Very slow in taking the plaintiff depositions, even though the scheduling order allowed them to start them in October.”

Buzbee told Amy Dash that he will have to ask the court, “to force them (Watson’s attorney) to provide dates” and he said he will use the “full forty plus hours” allotted to question Watson about each specific accusation and detail.

The Houston Police Department is conducting an ongoing investigation and FOX 26’s Mark Berman reported in August that grand jury subpoenas were being sent out as part of an investigation by the Harris County district attorney’s office.

An NFL investigation into the allegations against Watson is ongoing, but the league is waiting to get further involved until the legal process plays out. League officials spoke with several of Watson’s accusers, who described the NFL’s questioning as “patronizing.” 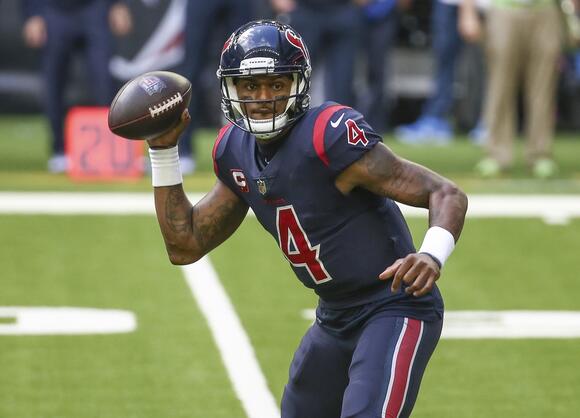 Watson remains on the Texans’ roster after the NFL trade deadline and is receiving his 2021 salary ($10.54 million) as a weekly gameday inactive on the team’s roster.

NO ONE EVER FILED A POLICE REPORT.... IT'S THEIR WORD AGAINST HIS....(please don't give me the old why would they put themselves out there like that) 💲.... if he asks for a happy ending and they said no, as long as he didn't put his hands on them then it's case closed..... and if he did touch them then I go back to my opening statement,... NO POLICE REPORT WAS FILED.... CASE DISMISSED

my other thought on this has always been.... young massage therapists go to the home of young good looking athlete to give "massages" . anybody that didnt just recently crawl out from under a rock could easily see the potential for pure disaster in this scenario. again the question. why was there no video footage from one side or the other?

Deshaun Watson is facing sexual assault allegations from nearly two dozen women, many of who have filed civil lawsuits and criminal complaints against the Houston Texans star. While Watson has maintained his innocence, there is now proof of him making a settlement offer to at least one of the women.
HOUSTON, TX・4 DAYS AGO
The Spun

Texans general manager Nick Caserio isn’t interested in quarterback Deshaun Watson returning to the team. Watson didn’t play at all this season as he’s been accused of sexual assault by 22 different women. There have been rumors about how Watson loves Brian Flores as he’s a candidate...
NFL・23 HOURS AGO
The Spun

Report: What The Texans Have Been Asking For Deshaun Watson

The Houston Texans didn’t end up trading Deshaun Watson during the 2021 season, despite widespread speculation that they would. After the quarterback’s trade request during early in the offseason, the franchise never found a trade partner willing to match their asking price. Part of the reason the Texans...
NFL・19 HOURS AGO
thecomeback.com

Houston Texans quarterback Deshaun Watson did not play in a game this season following an ongoing investigation into multiple sexual assault accusations, and it appears that his career in the NFL is still in question. Texans general manager Nick Caserio talked about Watson’s future with the team during an appearance...
NFL・22 HOURS AGO

An Open Letter to Jilly Anais From a Deshaun Watson Accuser

Below is an open letter from one of NFL quarterback Deshaun Watson’s 22 accusers. A total of 22 civil lawsuits are pending against Watson for sexual misconduct ranging from harassment to assault. Watson, who is currently dating “Boss Babe” influencer Jilly Anais, has denied the allegations. Dear...
NFL・6 DAYS AGO