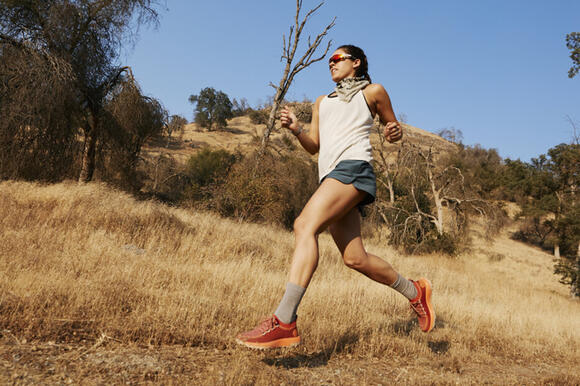 Allbirds is set to report financial results for the first time ever as a public company.

Ahead of its announcement on Tuesday, analysts are split on their recommendations regarding the eco-friendly footwear company and are making recommendations on whether or not to buy shares of the company.

Allbirds, the eco-friendly brand founded in 2015, made its market debut earlier this month . The company sold 20,192,307 shares of its Class A common stock at $15 per share and raised more than $300 million ahead of its market debut, beating initial expectations to raise $269 million for an IPO. Within hours of trading under the Nasdaq Global Select Market under the symbol BIRD, Allbirds stock was soaring above 60%.

Allbirds stock was down over 3% in the early afternoon on Monday ahead of its earnings report.

In recent notes, analysts from Stifel and Cowen maintained positive views on the potential for the brand, promoting “Buy” and “Outperform” ratings, respectively.

“Allbirds is a sustainability pioneer, and the brand ethos aligns with consumer megatrends for conscious consumerism and casualization,” wrote Stifel analyst Jim Duffy. “With just 11% brand awareness in the U.S. market, we see the brand early in development. Also, compelling digital trends and retail economics suggest a long runway for 20% or better growth.”

In a similarly positive note, Cowen analyst John Kernan said that Allbirds can likely hit $1 billion in sales with benefits from its ESG leadership, materials innovation, and brand power.

“The shift to store growth and omni-channel capabilities will expand brand awareness and preference,” Kernan wrote.

Meanwhile, other analysts are less confident about the brand that has become notable in recent years for its focus using sustainably sourced materials, such as tree fiber, sugarcane and crab shells.

For example, JP Morgan and Morgan Stanley took a more cautious approach with their initial recommendations in their coverage.

Morgan Stanley said in a note that Allbirds’ “path to profitability is less clear and requires a large inflection in performance,” despite being a distinctive brand focused on ESG. Morgan Stanley analysts also pointed out that Allbirds will need to expand its product lines and widen its audience to hit growth targets.

“In Allbirds’ current state, one could argue it appears a single product company with a narrow customer base that disproportionately skews wealthier and older,” Morgan Stanley analysts wrote. “This initial focus on lifestyle, lack of style diversity in its product lines, and narrow customer base stand out compared to leading global footwear players.”

JPMorgan also expressed hesitation in its Neutral rating for Allbirds, with a price target of $21.

Allbirds is among multiple shoe brands and retail companies that have gone public this year. In August, athletic brand On filed for an IPO — the same month as Allbirds — and made its market debut in September. Authentic Brands Group , which owns various footwear brands including Nine West, Frye, Eddie Bauer, Tretorn and more, filed for an IPO in July, but has since delayed the process after receiving a new hefty investment.

Who’s in, who’s out, who’s been promoted and hired — FN covers all the industry changes in one place. Know of an executive on the move? Tell us at web@footwearnews.com. Jan. 24, 2022: Diesel has appointed Eraldo Poletto as CEO for North America. Poletto, a manager with many years of experience in the fashion industry, will report to Diesel’s global CEO, Massimo Piombini, and will take charge of the company’s development on a key market with great growth potential for the brand. He takes up his post immediately. Poletto has worked in the luxury and retail sectors for about 30 years....
BUSINESS・16 HOURS AGO
Footwear News

Kohl’s has confirmed that it has received offers from two firms looking to acquire the company. Sycamore, a private equity firm, is looking to pay around $65 per share for Kohl’s, CNBC reported. The news comes shortly after Acacia Research reportedly offered to pay about $64 a share for the department store chain. According to reports, both groups would aim to sell Kohl’s property to raise funds via a partnership with Oak Street Real Estate Capital. In a public statement on Monday, Kohl’s acknowledged that it received letters of interest from two parties that are looking to acquire the company but said...
BUSINESS・18 HOURS AGO
Footwear News

If you purchase an independently reviewed product or service through a link on our website, Footwear News may receive an affiliate commission. Paris Hilton used an outdoor outing today before “The Tonight Show Starring Jimmy Fallon” as a photo shoot opportunity—complete with daring shoes to match. The “Paris in Love” star posed with her dog, Diamond Baby, ahead of taping “Fallon.” Posing for fans and paparazzi, the influencer wore a black and white polka-dot printed midi dress. The number, which also included miniature cutouts within sparkly crystal bow accents, was layered beneath a black faux fur poncho. Hilton accessorized glamorously, of course,...
BEAUTY & FASHION・9 HOURS AGO
The Motley Fool

Riding the Oracle of Omaha's coattails has long been a moneymaking strategy.
STOCKS・23 HOURS AGO

These two companies could be top performers in 2022.
STOCKS・20 HOURS AGO
MarketWatch

Kohl's confirmed that it has received a takeover offer, which sent shares soaring in Monday trading.
RETAIL・12 HOURS AGO
TMJ4 News

While Apple was able to meet the demand for its polishing cloth after weeks of shortages, we can’t say the same about all other products it launched in the past few months. As the company plans to report its Q1 2022 earnings this Thursday, Apple still has to catch up on manufacturing its products before launching new ones in the coming months.
BUSINESS・16 HOURS AGO
MarketWatch

Comcast and these other top companies are expected to lift the dividends they pay to shareholders, and their stocks are rated Buy across Wall Street, making them excellent total return candidates.
STOCKS・17 HOURS AGO
MarketWatch

Department store shares moved higher Monday after a Wall Street Journal report that Kohl's Corp. has received a $9 billion takeover bid from activist hedge fund Starboard Value LP. Kohl's confirmed receipt of a takeover offer. Kohl's shares soared nearly 34% in Monday trading. Macy's Inc. stock rose 17%, and Nordstrom Inc. was up 10.5%. Macy's has faced calls to separate its e-commerce business from brick-and-mortar stores. Department stores, as a category, have been under pressure dating back before COVID-19 as shopping habits shift. Macy's most recent earnings blew past expectations. The company is scheduled to report fourth-quarter earnings on February 22, according to a FactSet calendar. Nordstrom's most recent earnings report missed expectations. It is expected to report fourth-quarter results on March 3. Kohl's stock is up 38.7% over the past year. Macy's has rocketed 108.9%. And Nordstrom is down 40.7% for the period.
RETAIL・12 HOURS AGO
24/7 Wall St.

Three consumer staples leaders, an outstanding utility and a telecommunications giant with the highest and safest BofA Securities volatility ratings all pay dependable dividends and can soften the blow if we see a big sell-off over the coming weeks.
STOCKS・21 HOURS AGO
MarketWatch

On a bumpy day for markets, shares of these financial stocks all saw some significant lows before battling back to cut their losses.
STOCKS・10 HOURS AGO
MarketWatch

Acacia Research Corp, controlled by activist hedge fund Starboard Value LP, confirmed late Monday it has offered to buy department store Kohl's Corp. for $64 a share in cash. The Wall Street Journal reported Acacia's interest over the weekend, with Kohl's confirming Monday that it had multiple proposals on the table. "In conversations related to the proposal, representatives of Acacia and Kohl's discussed Acacia's business strategy and prospective plans with respect to Kohl's," and Jefferies LLC is acting as financial advisor to Acacia, Acacia said in a filing late Monday. Kohl's shares inched higher in the extended session Monday after rallying 36% in the regular trading day.
BUSINESS・10 HOURS AGO
The Motley Fool

Saia Upgraded Ahead Of Earnings

Less-Than-Truckload Freight carrier Saia (NASDAQ: SAIA) got an upgrade from Deutsche Bank a week ahead of earnings and we are not surprised. The company is well-positioned as a specialty and...
FINANCIAL REPORTS・18 HOURS AGO
24/7 Wall St.