The Justice Department has extended a "tentative plea offer" to Michael Riley, the former Capitol police officer charged with obstructing the federal investigation into the January 6 attack, a prosecutor said Monday.

In a brief court hearing, assistant US attorney Molly Gaston said the federal prosecutor's office in Washington had outlined the "broad confines" of a plea deal to begin negotiations with Riley, who resigned from the Capitol police force following his indictment last month.

Gaston also pressed for a trial date for Riley, but Judge Amy Berman Jackson declined to set one. With pandemic-related backlogs, Jackson said that there's "a lot of competition for trial dates" among defendants who are not detained and stand "a little bit ahead of Mr. Riley in the queue."

Riley's defense lawyer, Christopher Macchiaroli, pushed back against setting a trial date. Among other things, he said that Riley's defense team has received more than 3,000 pages of discovery and has not yet had the opportunity to review the preliminary plea offer with the former Capitol police officer.

Macchiaroli said the US attorney's office in Washington extended the offer just before the Thanksgiving holiday.

The judge set another hearing for January 14 but acknowledged the prosecutor's argument that the allegations against Riley are relatively straightforward.

"I agree with you, Ms. Gaston, this case is relatively circumscribed in terms of what the charges are and may be one that I will be ready to move forward with sooner rather than later," Jackson said.

Riley immediately emerged as one of the highest-profile January 6 defendants following his indictment last month on charges he obstructed the Capitol breach investigation.

Prosecutors alleged that Riley instructed a participant in the January 6 attack to scrub his Facebook account of photographs and posts placing him inside the Capitol during the breach.

Identifying himself as a Capitol police officer who "agrees with your political stance," Riley wrote the Capitol rioter: "Take down the part about being in the building they are currently investigating and everyone who was in the building is going to [sic] charged. Just looking out!"

Riley and the rioter bonded over a shared interest in fishing and continued to exchange messages about January, according to court records. At one point, the unidentified rioter shared a photo and video showing him smoking inside the Capitol. After the rioter was charged in connection with the Capitol riot, he spoke on the phone with Riley for 23 minutes, prosecutors said.

The rioter later turned himself in to the FBI on January 20 — the day of now-President Joe Biden's inauguration — and told Riley that he had discussed their communications. Riley then deleted his Facebook direct messages with the accused rioter, prosecutors said.

The next day, Riley cut off contact, saying he was "shocked and dumbfounded" by a video that showed him "smoking weed and acting like a moron." 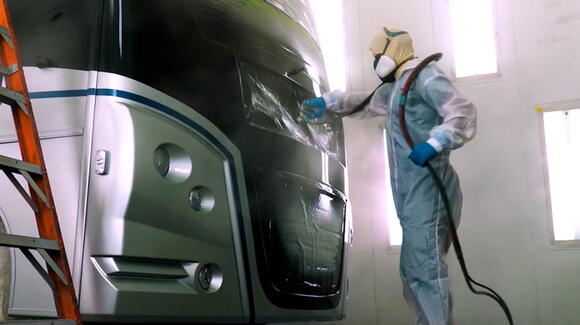 This dude must be stripped from his Retirement! He knowingly participated! Rah Roh, gotta stand in Welfare lines, applying for Foodstamps and Medicaid! Gotta see the professional Black Women now! 😂😂. Denied for insurrections!

and he was to protect and serve, disgrace 😔 to my Good brothers and sister in blue.

Capitol-riot suspect accused of attacking police texted his girlfriend that the insurrection was 'so fun,' prosecutors say

WASHINGTON — A fourth Utahn has pleaded guilty to a criminal charge related to the U.S. Capitol riot on Jan. 6, 2021. Michael Lee Hardin, a Kaysville resident and former Salt Lake police officer, pleaded guilty to a misdemeanor count of parading, demonstrating or picketing in a Capitol building, according to court filings. The misdemeanor is the same charge three other Utah residents have pleaded guilty to in connection with the attack.
LAW ENFORCEMENT・6 DAYS AGO
WDBJ7.com

Seditious conspiracy. The Justice Department has levied the charge on 11 people associated with the Jan. 6 Capitol attack. But what is seditious conspiracy, and why is the charge so rare?. Today, On Point: We'll discuss the Oath Keepers, sedition and the Capitol attack. We'll also hear from the citizen...
CONGRESS & COURTS・2 DAYS AGO
Roll Call Online

Devondrez Mitchell, a Capitol Police officer who served for nearly 20 years, died Wednesday from COVID-19 complications. Mitchell “had been out since he was diagnosed with a serious illness last fall,” department spokesperson Tim Barber said, adding there have been no other coronavirus-related deaths since the start of the pandemic.
WASHINGTON, DC・14 DAYS AGO
CBS 58

GRAFTON, Wis. (CBS 58) -- A now former Wisconsin State Capitol police officer has been charged with child enticement. According to the Grafton Police Department, 34-year-old Brett Pekera, of Grafton, was arrested and charged by the Ozaukee County District Attorney's Office. Police say Pekera was employed by the Wisconsin State Capitol Police at the time of the incident but has since resigned.
GRAFTON, WI・3 DAYS AGO
WUSA9

WASHINGTON — A Georgia lawyer who bragged he was part of the mob that took over the U.S. Capitol Building in a “hand to hand hostile takeover” will move forward to trial after rejecting a plea offer over the weekend, the Justice Department told a federal judge Monday.
GEORGIA STATE・3 DAYS AGO

Stewart Rhodes, the founder and leader of the far-right Oath Keepers militia group, and 10 other members or associates have been charged with seditious conspiracy in the violent attack on the U.S. Capitol, authorities said Thursday. Despite hundreds of charges already brought in the year since pro-Trump rioters stormed the Capitol in an effort to stop […]
PUBLIC SAFETY・14 DAYS AGO
NECN

Women From Mass. and NH Charged in Capitol Riot

Huntsville Police Chief Mark McMurray said an off-duty officer accused of killing his pregnant girlfriend on Jan. 7 was fired from the department Thursday. McMurray said other officers who responded to the report of a possible suicide at Weston Ranch Apartments on Friday morning quickly realized their coworker, David McCoy, might have more to do it with the situation than he initially claimed. Within an hour, he was identified as a person of interest, placed on paid administrative leave and relieved of all Huntsville Police Department-issued equipment, McMurray said.
HUNTSVILLE, AL・14 DAYS AGO
fox32chicago.com

WASHINGTON, D.C. - Federal authorities have charged three additional Illinois men for wrongly entering the U.S. Capitol during the breach Jan. 6, 2021, that interrupted the Electoral College vote count. But unlike in many cases, where the feds say someone tipped them off to a person’s presence there, a charging...
ILLINOIS STATE・8 DAYS AGO

A federal grand jury indicts the leader of the Oath Keepers, Elmer Rhodes, for a conspiracy related to the insurrection on January 6th. The U.S. Department of Justice says Rhodes was arrested Thursday morning. An unsealed indictment adds charges to other Oath Keepers, including a couple from Marion County. "The...
MARION COUNTY, FL・14 DAYS AGO
WLOS.com

WASHINGTON, D.C. (WPDE) — A Little River man faces 44 months in prison for assaulting law enforcement with a dangerous weapon during the Jan. 6 Capitol insurrection, according to a release from U.S. Attorney’s Office District of Columbia. Nicholas Languerand, 26, was among rioters standing near the archway...
WASHINGTON, DC・1 DAY AGO
cbslocal.com

CHICAGO (CBS) — A Chicago police officer appeared on court Wednesday onn federal charges in his alleged involvement in the Capitol riots on Jan. 6, 2021. Karol Chwiesiuk must now go to the prosecutor’s office to look at the evidence before his next hearing. Chwiesiuk faces five federal...
CHICAGO, IL・1 DAY AGO
WBOC

Millsboro, De. - Another person from Delmarva is now charged in connection to last year's riot at the US capitol. Nicholos Lattanzi faces four counts, including disorderly conduct and entering and remaining inside the capitol. Lattanzi was on the FBI’s radar prior to January 6th. In December, the University of...
MILLSBORO, DE・13 DAYS AGO

WASHINGTON, D.C. (WKBN) – A man accused in the Jan. 6 riot on Capitol Hill is considering a plea offer. Kenneth Joseph Owen Thomas, 38, is facing several charges in the 10-count indictment. According to court records, a Jan. 25 hearing was continued until March 25 so he can...
EAST LIVERPOOL, OH・2 DAYS AGO
NJ.com

The Officer Who Was Hailed As A Hero For Defending The Capitol On Jan. 6 Has Spoken Out For The First Time

Capitol Police Officer Eugene Goodman, who helped defend the US Capitol during the Jan. 6 insurrection, said that the riot could have "easily been a bloodbath" had it not been for the restraint shown by law enforcement. In his first interview, given to the podcast 3 Brothers No Sense on...
LAW ENFORCEMENT・2 DAYS AGO