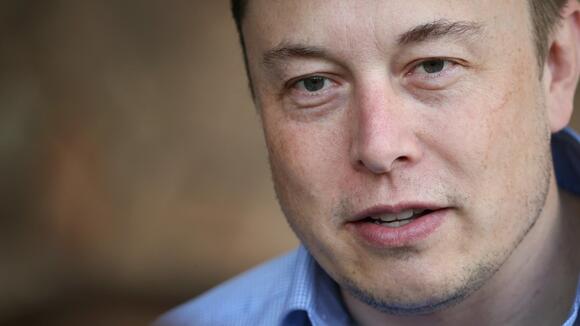 At midday Monday, stocks were reversing their Friday losses but the gains were not quite up to what the three gave up. The Nasdaq 100 (top tech stocks) was up 2.2%, as the tech sector was the day's winner so far with a gain of around 2.4%. Consumer cyclicals also traded above 2%, and the energy sector was up about 1.6%, even though crude oil traded about $2 off its premarket top near $73 a barrel. Since our early report, Bitcoin added to its premarket gain and traded above $58,000, while yields on 10-year Treasuries were down a couple of basis points to 1.55%.

As most everyone knows by now, the meme stock phenomenon got off the ground last fall and really took off in late January, when retail investors, primarily from Reddit's WallStreetBets, turned the tables on short sellers in stocks like GameStop, AMC, BlackBerry and others. Business Insider has an interesting piece on how short sellers have responded over the ensuing months. Some have prospered, but not by doubling down. Passive short sellers have taken the brunt of the punishment, and those investors tend to be large hedge funds.

Shares of Tesla Inc. ( NASDAQ: TSLA ) were up around 5%, as investors cannot seem to get enough of electric vehicle stocks. In an email to employees, CEO Elon Musk emphasized that the company's focus this quarter should be on "minimizing cost of deliveries, rather than spending heavily on expedite fees, overtime, and temporary contractors jus so that cars arrive in Q4." Musk notes that over a six-month period, Tesla won't have delivered any more cars, but it will have spent a lot more money to do it sooner.

Among stocks trading lower at noon Monday was Progenity Inc. ( NASDAQ: PROG ). The company continues slumping after last week's announcement of an at-the-market share offering to raise $90 million. The stock has dropped by about 34% since the announcement.

Vinco Ventures Inc. ( NASDAQ: BBIG ) also traded down in the noon hour. The company reported quarterly results last week, and the stock is down about 20% since then. Revenue was down 11.5% year over year, gross margin declined by nearly nine percentage points and the loss per share rose to $7.59, compared with a loss of $0.30 per share in the year-ago quarter. Excluding a $494.1 million loss related to a new warrant issue, the loss per share was $0.68.

Camber Energy Inc. ( NYSEAMERICAN: CEI ) traded down sharply again Monday. The oil and gas producer had no specific news. A short seller report published in early October cut the share price in half in a single day, and it has dropped another 20% since then.

Bloomberg says Nvidia's Arm deal is doomed -- and that could be great news.
STOCKS・1 DAY AGO
NBC San Diego

Here are the stocks making notable moves on Thursday, Jan. 27. Tesla — Shares of the automaker fell 11.6% despite Tesla's beating estimates on the top and bottom lines for the fourth quarter. The company warned that supply chain issues might limit production in 2022 and announced that it would debut no new models this year, disappointing some Wall Street analysts.
STOCKS・12 HOURS AGO
Markets Insider

"This has been exactly how the great bubbles have broken," Jeremy Grantham said. "It's almost eerily classic."
STOCKS・15 HOURS AGO

The "big money" on Wall Street seems to be dumping Tesla. The question is, why?
STOCKS・1 DAY AGO
CBS News

"Meme stocks" have returned to Earth — and to a changed market

Investors have cooled on so-called meme stocks, spurred in part by worries about inflation and the Federal Reserve's efforts to control spiraling consumer prices. Yet while the shares of companies like GameStop and AMC Entertainment have slumped since skyrocketing early last year, they haven't nosedived as many establishment experts predicted. That's encouraging some large investors to change their strategy to factor in social media's power to move financial markets.
STOCKS・19 HOURS AGO
The Motley Fool

While Wall Street resets expectations around higher interest rates, investors are jumping back in.
STOCKS・1 DAY AGO

NEW YORK, Jan 28 (Reuters) - The mood has shifted dramatically a year since a spectacular rally in shares of GameStop (GME.N) captivated Wall Street, launching a mania for so-called meme stocks and putting the spotlight on retail investors as a force to be reckoned with in markets. GameStop shares...
STOCKS・19 MINUTES AGO
The Motley Fool

Many current names will remain, but look for a few newcomers to crack the list.
STOCKS・1 DAY AGO
The Motley Fool

These two companies operate in red-hot industries, and Wall Street remains bullish even amid the broad market sell-off.
STOCKS・1 DAY AGO
The Motley Fool

The S&P 500 may be overdue for a pullback this year.
STOCKS・1 DAY AGO

Investors want to hear what Elon Musk has to say.
STOCKS・1 DAY AGO
24/7 Wall St.

Even the world's greatest investors are wrong from time to time.
STOCKS・1 DAY AGO
The Motley Fool

24/7 Wall St. screened the Goldman Sachs energy research database looking for dividend-paying companies that could benefit should the situation in Eastern Europe take a negative turn. These five picks are solid choices now regardless of how the situation is resolved.
ENERGY INDUSTRY・18 HOURS AGO
24/7 Wall St.

The early movers among tech stocks for Thursday morning included Netflix and Intel.
STOCKS・15 HOURS AGO
The Motley Fool

These three EV stocks all show long-term promise, but which one looks best as a near-term investment?
ECONOMY・1 DAY AGO
The Motley Fool

The company missed on both earnings and revenue estimates to end 2021.
STOCKS・2 DAYS AGO