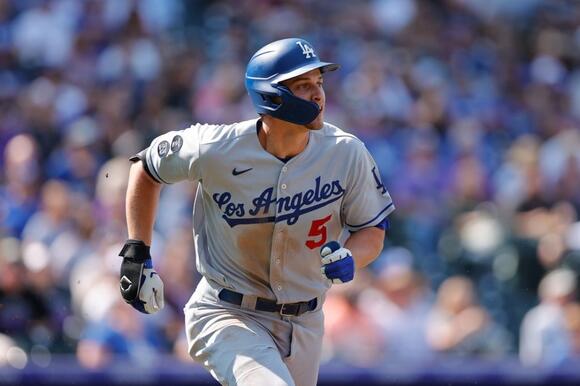 The New York Yankees are favored to win the sweepstakes for one of the two marquee shortstops left on the free-agent market.

Carlos Correa’s name long has been tied to the Detroit Tigers as a potential destination, while returning to the Houston Astros remains a strong possibility as the market shakes out.

The Los Angeles Dodgers are hopeful of a return by Corey Seager, who also is drawing strong interest from the likes of the New York Mets, Los Angeles Angels, and Texas Rangers. The Rangers are on the biggest offseason spending spree thus far with the reported additions of Marcus Semien and Kole Calhoun.

However, the Yankees remain the favorites to land either Seager or Correa, both 27, as New York evaluates which free agents to aggressively pursue.

If the Yankees ultimately don’t land either one, Colorado’s Trevor Story is the third option.

BOSTON (CBS) — It wouldn’t be Hall of Fame season if a member of the baseball media wasn’t twisting himself into a pretzel for all the world to see. Enter Jack Curry of the Yankees’ broadcast network. Curry revealed his ballot on Tuesday, which is the day that the Baseball Hall of Fame will announce which players — if any — will earn enshrinement this year. Curry used eight of his allowable 10 votes this year, and for the first time in their 10 years of eligibility, Barry Bonds and Roger Clemens received his vote. The reason Curry hadn’t voted for Bonds and...
MLB・2 DAYS AGO
Inside The Dodgers

The 2021 season was one heck of a roller coaster for Max Muncy. The slugging first baseman carried the Dodgers in the first half with his bat, which resulted in him being in early MVP conversations.  But that first half was short-lived as Muncy came tumbling back to earth in the second half, ...
MLB・1 DAY AGO
Inside The Dodgers

There is a lot of debate among Dodgers fans of all eras about who the best pitcher in team history is. Who is the greatest Dodger pitcher between Sandy Koufax and Clayton Kershaw?  We can kick things off with Sandy Koufax. When he was at his best, Sandy Koufax was nearly untouchable with his ...
MLB・1 DAY AGO
97.1 The Ticket

The Tigers spent about $225 million this offseason on Javy Baez, Eduardo Rodriguez and Tucker Barnhart. They’ll join a core of young talent in Detroit.
MLB・2 DAYS AGO

The Los Angeles Dodgers, from 2015-2021, were the only professional sports employer Corey Seager had ever known until his earth-shattering 10-year deal with the Texas Rangers was inked in late November. He wasn’t an LA Boy by choice, though. Sure, he probably supported the Lake Show, Kings and Rams on...
MLB・11 HOURS AGO
FanSided

The Chicago Cubs don’t seem to be focused on Carlos Correa any longer. Instead, Jed Hoyer and the front office want to add to their bullpen. Despite being connected to Carlos Correa just a few months ago, the Cubs appear to be out at the moment given the shortstop’s decision to switch agencies to Scott Boras.
MLB・11 HOURS AGO
FanSided

Astros: Carlos Correa replacement hasn’t even made his MLB debut yet

The Houston Astros’ real Carlos Correa replacement might still be in the minor leagues, assuming the new Scott Boras client does head elsewhere. Correa’s contract demands are seemingly increasing on a day-to-day basis, with the Houston Astros still in the mix. Yet, Jim Crane’s top offer so far is for five years and $160 million.
MLB・1 DAY AGO
USA TODAY

After falling short in their final year on writers' ballot, Bonds, Clemens are eligible for consideration by Hall of Fame's Today's Game Committee.
MLB・2 DAYS AGO

Barry Bonds, Roger Clemens and Sammy Sosa all failed to make the Hall of Fame in the final year of eligibility, which led to a lot of passionate reactions across social media.
MLB・2 DAYS AGO
USA TODAY

Alex Rodriguez, a three-time MVP whose 696 home runs trail only Barry Bonds, Hank Aaron and Babe Ruth, received just 34.3% of the votes in his debut.
MLB・2 DAYS AGO
CBS Boston

BOSTON (CBS) — While David Ortiz got his call to the National Baseball Hall of Fame on Tuesday, four polarizing and controversial players in baseball history did not. For Roger Clemens, Barry Bonds, Curt Schilling and Sammy Sosa, Tuesday was their last chance to make it to Cooperstown by way of traditional voting. All four fell short of getting the required 75 percent of votes in their tenth and final season on the ballot, with Bonds getting 66 percent, Clemens 65.2 percent, Schilling 58.6 percent and Sosa just 18.5 percent. Those four will no longer appear on the BBWAA ballot, so...
MLB・2 DAYS AGO
CBS Boston

BOSTON (CBS) — David Ortiz got a very important phone call on Tuesday night, letting him know that he is now a Baseball Hall of Famer. Big Papi was pretty pumped to receive that call. Ortiz was in the Dominican Republic surrounded by family and friends — including former Boston teammate and fellow Hall of Famer Pedro Martinez — when he received the news from Jack O’Connell of the BBWAA. “I’m calling you from Cooperstown, New York to let you know that the baseball writers have elected you to the National Baseball Hall of Fame,” O’Connell told Ortiz. With that, Ortiz threw his...
MLB・2 DAYS AGO

David Ortiz was voted into the Baseball Hall of Fame Tuesday, while Barry Bonds and Roger Clemens were shut out. That’s total insanity. They should all be in.
MLB・1 DAY AGO
USA TODAY

"You can make a case that he's the best player to ever play," Jim Leyland said of Barry Bonds, whom he managed with the Pittsburgh Pirates.
MLB・1 DAY AGO
Audacy

MLB Network’s Rob Parker did not vote for David Ortiz citing a gray area with PEDs, but he voted for Barry Bonds, Roger Clemens and Sammy Sosa, leading to one of his colleagues to call him out.
MLB・2 DAYS AGO
The Blade

Jim Leyland has never been one to mince words or withhold opinions, and the Perrysburg native and former big league manager on Wednesday was predictably critical of the decision to keep Barry Bonds out of the National Baseball Hall of Fame.
MLB・1 DAY AGO
USA TODAY

David Ortiz needed just one swing to power his way into baseball’s Hall of Fame, narrowly punching his ticket to Cooperstown.
MLB・2 DAYS AGO
92.9 The Game

Will the Atlanta Braves be able to sign Freddie Freeman? Will Major League Baseball play 162 games this year? What is the big hold up in the MLB negotiations?
MLB・2 DAYS AGO
iheart.com

Ronnie & TKras w/ Zac Blobner This Morning: The Bucs have a lot on their plate to deal with, despite being out of the NFL Playoffs after losing to the Rams last Sunday. From Tom Brady on Instagram saying "Thank You", to OC Byron Leftwich unofficially heading to Jacksonville to coach the Jags, to Antonio Brown going on HBO and threatening to sue the team... it's, A LOT. Bucs Radio Voice Dave Moore & Pewter Report's Jon Ledyard help us break it all down, oh AND Saints HC Sean Payton stepping away from New Orleans in there too. Plus, the Bolts back home vs the Devils tomorrow, as Bally Sports Lightning TV Voice Dave Randorf calls the show w/ a bone to pick about Jon Cooper getting shafted by the NHL. Zac handles What's Up Tampa Bay w/ Wacky Turtle News & a game of Would You Rather on the MLB Hall of Fame ONLY inducting Red Sox Legend David Ortiz while shelving Barry Bonds' chances for the final time...
NFL・1 DAY AGO